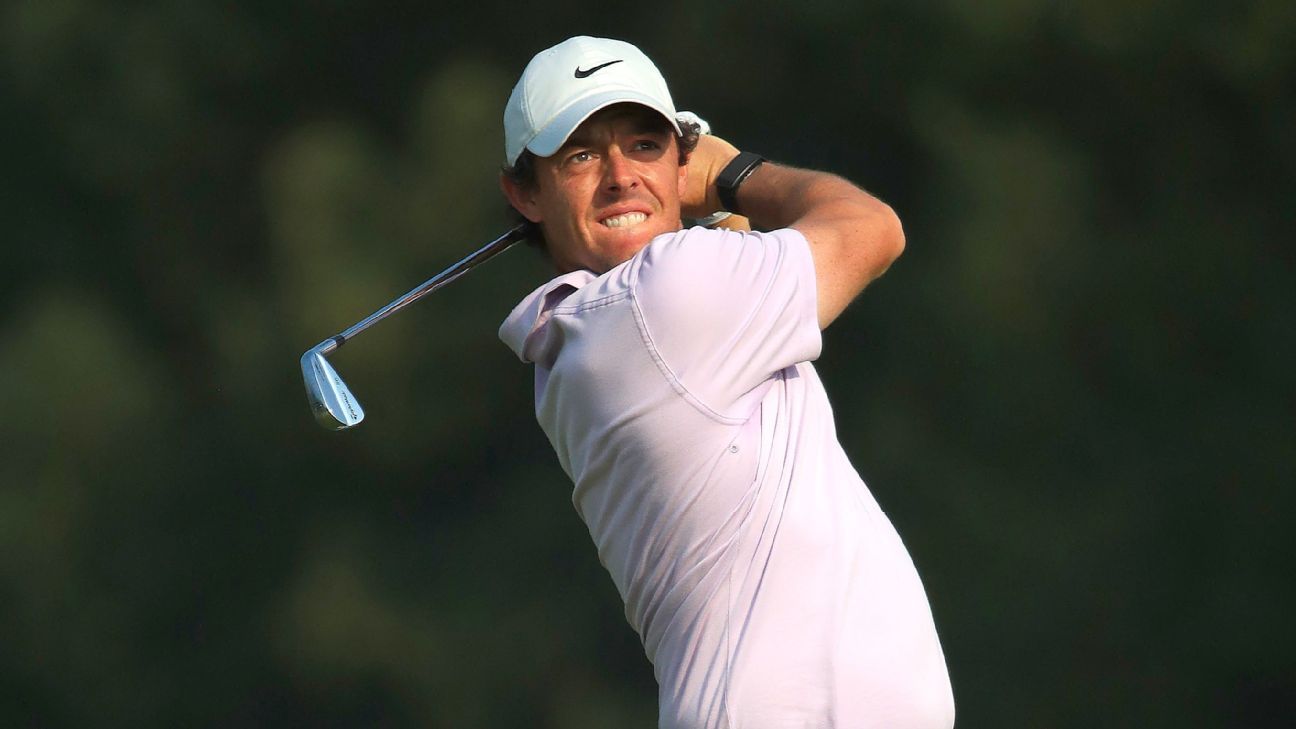 PACIFIC PALISADES, Calif.– Rory McIlroy is No. 1 for the first time in more than four years, but he doesn’t view it as any grand achievement, especially since he took over the top spot from Brooks Koepka despite not playing last week.

“I’ve already had that euphoric moment in 2012,” McIlroy said Wednesday. “I won the Honda Classic to get to No. 1 in the world. Tiger [Woods] was coming down the stretch (shooting a final-round 62), I was able to hold him off. Like that, to me, was a really cool moment. At least I’ve had one of them. That’s nice.

“I’ve already had the experience, and I think as long as you do get that experience, especially the first time you get there, that’s all you need.”

McIlroy, who is looking to build on the consistency that has led him back to the top, begins play at Woods’ tournament, the Genesis Invitational, on Thursday at Riviera Country Club.

Koepka, who has been No. 1 since winning the PGA Championship last May, was slowed by a knee injury that has seen him play in just four tournaments since the Tour Championship. He missed the cut in one, withdrew from another when he re-injured his knee, and he began 2020 with a tie for 34th in Abu Dhabi and a tie for 17th at the Saudi International.

This is his first domestic start on the PGA Tour since October, and Koepka admits losing the No. 1 ranking was inevitable the way things were going.

“I’m fine, but I’m not 100 percent,” Koepka said. “I have no problem with the golf swing; it’s all the other stuff — walking up and down hills. But I’m looking to build back up again.”

McIlroy has nine top-9 finishes in his last 11 worldwide starts, including victories at the Tour Championship and the WBC-HSBC Champions. He tied for third two weeks ago at the Farmers Insurance Open.

“Everyone keeps saying congratulations,” McIlroy said. “I said the work’s only started. Staying there is the hard part.

“It’s a calculation based on how you’ve played over the last two years. I’ve played well and I’ve played consistently well. The mathematics add up that I’m the top of the list right now and obviously I have a chance to stay there this week. But I’ve always said it’s a by-product of doing the right things week in, week out — playing well, shooting good scores, trying to win tournaments. And if I can continue to do that, then hopefully that thing just sort of takes care of itself.”

McIroy, who is grouped for the first two rounds at the Genesis Invitational with Patrick Cantlay and Dustin Johnson, is starting a busy stretch. He is also scheduled to play next week’s WGC-Mexico Championship, the Arnold Palmer Invitational, Players Championship, WGC-Dell Match Play and the Valero Texas Open prior to the Masters.

Depending on circumstances, both Koepka and Jon Rahm have a chance to overtake McIlroy this week.

McIlroy also weighed in on the distance report released last week by the United States Golf Association and R&A which warned about the increases the golf ball is traveling as it related to the sustainability of the game.

“The biggest thing that came out of the report for me, a lot of the stuff about the ball going too far and technology, it really pertains to 0.1% of golfers out there,” McIlroy said. “So look, if they want to try to contain what we do as touring professionals, I’m all for that.”

One of the areas that golf governing bodies said they would study is the idea of a local rule being added to the Rules of Golf which would allow for any tournament to decree restrictions on equipment or golf balls.

Buss: Scoring feat all about LeBron’s ‘greatness’
NHL continues diversity efforts during AS events
‘Mate, we can do it. I have full faith in ourselves’
Breaking down McGregor vs. Chandler on TUF and in the Octagon
McIlroy pips Reed to Dubai title in tense finish