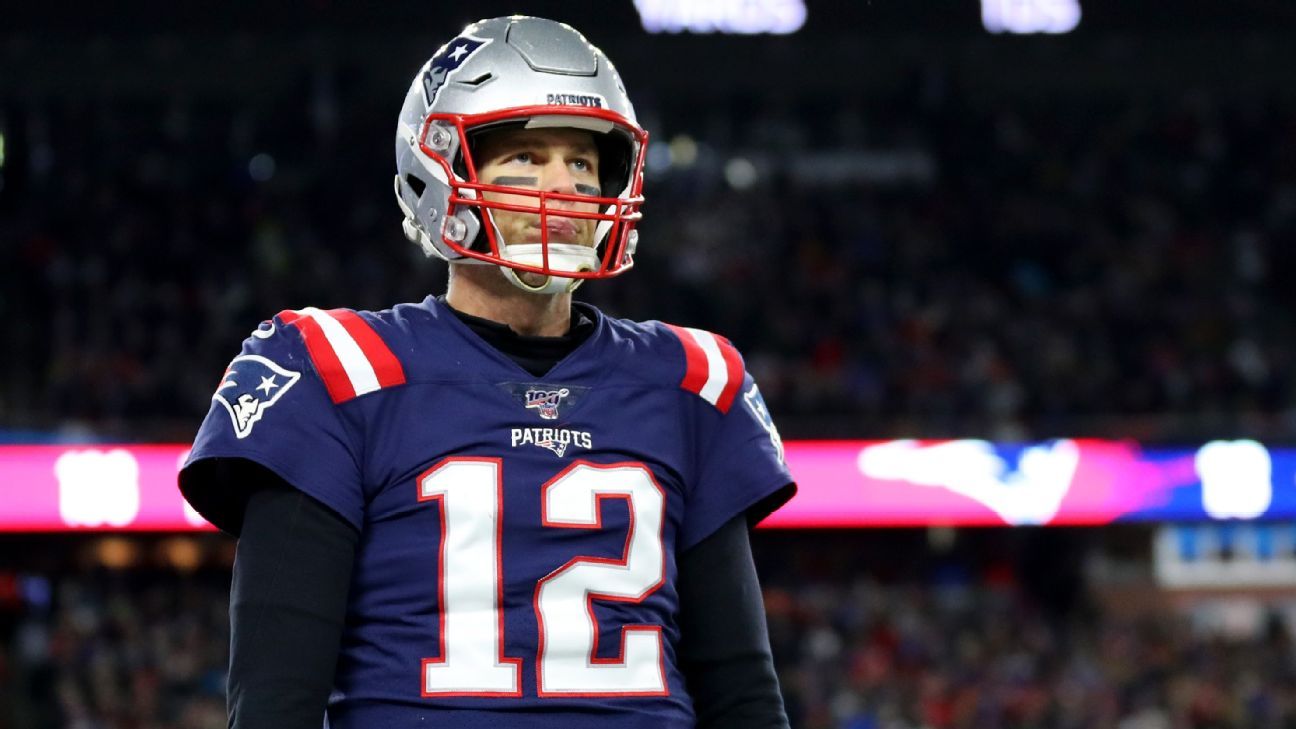 FOXBOROUGH, Mass. — The New England Patriots’ season ended in a wild-card loss on Jan. 4, and since that time, not a day has passed in which quarterback Tom Brady’s uncertain future hasn’t been a hot topic.

But for all the media-based chatter, not much has changed over the past five-plus weeks, with a few nuggets of insight and news helping to form an updated snapshot.

What type of progress has been made in contract negotiations?

None. As of late last week, the sides had not engaged in contract talks, per sources. But as Brady noted in his Super Bowl LIV interview on Westwood One, there is open dialogue between him and the Patriots, which reflects that the situation is without animosity. “They know how I feel about them. I know how they feel about me. We’ve always had a great relationship. We always will,” Brady said.

How surprising is it that there haven’t been negotiations?

This is commonplace based on the general flow of the offseason for most teams. The first priority is to close the book on the season. Then coaches usually take some time off. There is Senior Bowl and combine preparation. And soon enough, the focus will shift to free agency. This week, for example, the Patriots’ coaching staff is off.

So what is the most realistic timetable for substantial contract talks?

Because the Patriots will absorb a $13.5 million salary-cap charge if Brady is not on the roster when the 2020 league year begins on March 18 at 4 p.m. ET — which would account for the acceleration of his previous signing bonus — owner Robert Kraft and coach Bill Belichick are expected to push for substantial discussions before that point.

Simply put, the Patriots will want clarity about Brady’s intentions and willingness to return as they enter free agency, as that will be the first major domino to fall in the team’s planning.

The Patriots project to have about $29 million in cap space, per sources. But if Brady’s contract is extended before the 2020 league year begins, it would lessen the dead money on the team’s 2020 cap because it could be accounted for over multiple years.

How does that timeline mesh with the possibility of Brady taking visits to other teams?

If Brady is committed to visiting other teams, which can happen only once the 2020 league year begins, it puts the Patriots in a tough financial spot and decreases the likelihood of his return. That would mean the Patriots would have to absorb a $13.5 million cap charge regardless.

So taking that $13.5 million hit, and then signing Brady to a different deal that would add more charges to the cap, would not be a favorable scenario for the Patriots.

Some view Brady’s decision to put a provision in his last contract not to be franchise-tagged as an indication he’d like to visit other teams. Others view it as a vehicle for him to create leverage/urgency in discussions with the Patriots, something he didn’t have on his side in the past two negotiations.

One other key point as it relates to free-agent visits: Brady’s agents can negotiate with other teams in the legal tampering period, which begins on March 16 at 4 p.m. ET. So Brady can still get a sense of the free-agent market for 48 hours before the 2020 league year begins without taking an official visit with another club.

What is most important to Brady?

Former Patriots offensive coordinator Charlie Weis is one of Brady’s top football mentors — Brady was at Weis’ bedside when he had complications from gastric bypass surgery — and Weis relayed a recent exchange they had as part of his daily “Opening Drive” program on SiriusXM NFL Radio.

“I texted him when they picked the top 100 … and said ‘Congrats.’ He said ‘For what?’ I said for being part of the top 100 and then on top of it, [some in the media] picked you to be the starter. He goes, ‘You know the only thing I’m worrying about is a ring.’ That kind of sums it up. He wants to win another championship. That’s why he’s still playing. He wouldn’t play for money at this point.”

This is consistent with how Brady has approached his career but is timely confirmation that his mindset hasn’t changed.

What is most important to the Patriots?

Kraft has said he hopes Brady returns. And Brady still gives the Patriots the best chance to win, which is usually the foundation for most of Belichick’s decisions. So in a perfect world, they would re-sign Brady to a deal that works for both sides and gives him a chance to finish his career in New England.

But there is also an acknowledgment, regardless of how things unfold with Brady, that the franchise will be facing a transition at quarterback sometime within the next three years. So if the sides can’t find common ground, or if Brady’s demands are deemed excessive, it would simply accelerate the time frame for the transition.

How does backup quarterback Jarrett Stidham fit into the Patriots’ thinking?

The 2019 fourth-round pick from Auburn made a favorable impression on Belichick and offensive coordinator Josh McDaniels as a rookie. He beat out veteran Brian Hoyer for the No. 2 job in the preseason and didn’t miss a practice. All that gives Stidham the best chance to become the heir apparent to Brady. But would Stidham be ready in 2020? There is no definitive answer at this point.

Which teams would make a play for Brady?

The Raiders, who are moving from Oakland to Las Vegas, are ready to put all their chips in the middle of the table for Brady, according to ESPN NFL Insider Adam Schefter. The Chargers, who announced Monday that Philip Rivers won’t be back, are another possibility, potentially pitting AFC West rivals in a competition for Brady.

While some viewed Miami as a possible suitor thanks to excessive salary-cap space, Dolphins owner Stephen Ross said at Super Bowl LIV he couldn’t imagine why Brady would be interested, as their goals wouldn’t seem to be aligned. “We’re at the stage trying to really build a team for the future,” Ross said.