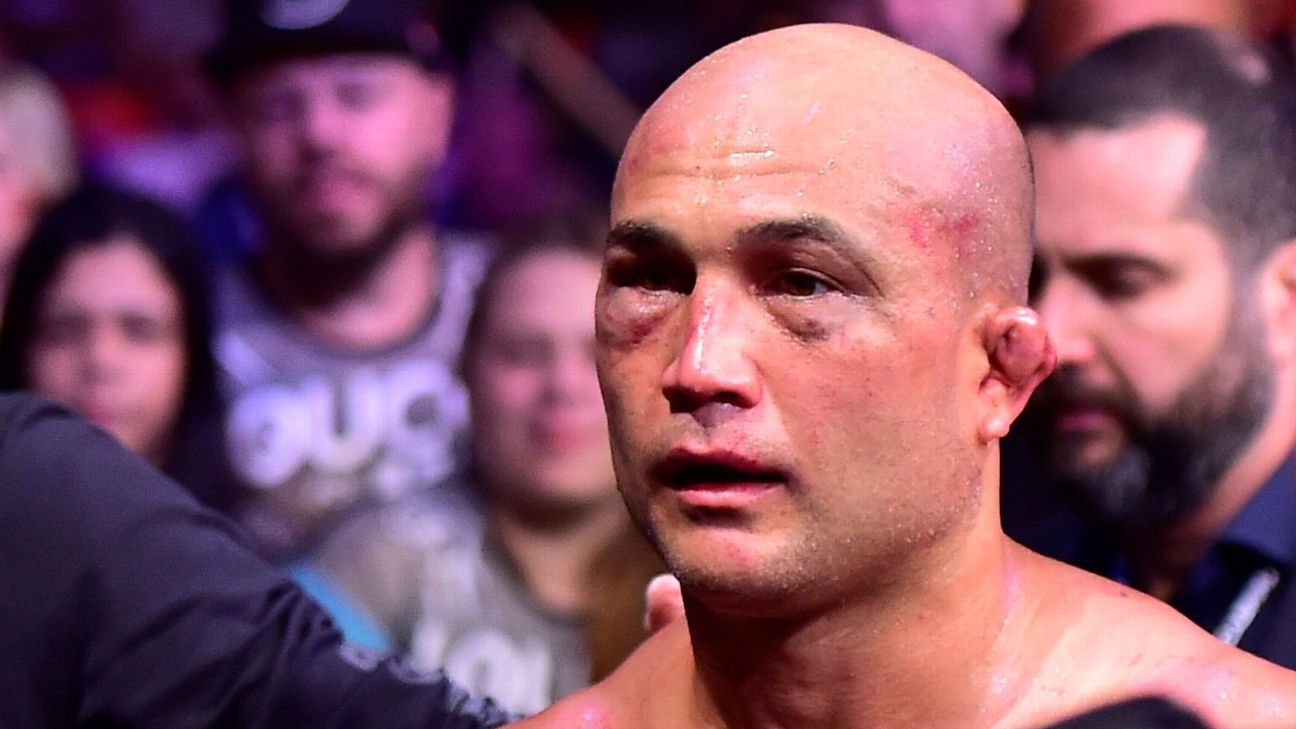 UFC Hall of Famer BJ Penn was in a single-vehicle crash last week and is currently under investigation for possible DUI, a Hawaii Police Department spokesperson confirmed Wednesday with ESPN.

There are currently no charges against Penn, 41.

Police responded to calls of a black truck speeding, losing control and flipping into an embankment in Hilo on Feb. 7, according to a release. The accident occurred around 7:39 p.m. Officers found the Toyota Tacoma truck against two poles on the Prince Kuhio Plaza property.

Police determined through an investigation that Penn was driving the vehicle and was the only occupant. The UFC legend was injured and taken to the hospital for “immediate care, which was paramount for his safety,” according to the release.

Penn’s health status is unclear. A request for comment from his team was not immediately returned Wednesday.

Big Island Now was the first to report the news.

In addition to the traffic investigation, police said Penn is being investigated for operating a vehicle under the influence of an intoxicant, consuming or possessing liquor while operating a motor vehicle, and inattention to driving. Upon the investigation’s completion, the information will be sent to the Office of the Prosecuting Attorney “for screening and potential charging.”

Penn was supposed to return to the UFC late last year, but UFC president Dana White said Penn would not compete again after videos surfaced online of him getting into a bar fight. Penn had been tied to a potential grudge match against Nik Lentz, but White nixed it.

“He won’t fight again, that’s it,” White told ESPN in September. “That’s a wrap. It’s not even that this was the last straw. I didn’t love him continuing to fight anyway. But with the relationship that he and I have — he gets me on the phone, begging me for another fight; it’s hard to turn him down — after what I saw in that video, BJ needs to, you know, he needs to focus on his personal life before he thinks about fighting.”

Penn (16-14-2) is one of the most popular UFC fighters of all time and was only the second man to win two titles in two different weight classes (lightweight and welterweight). He is tied for the most consecutive lightweight title defenses with Benson Henderson (3).

Penn’s last fight was a unanimous decision loss to Clay Guida at UFC 237 in Brazil.