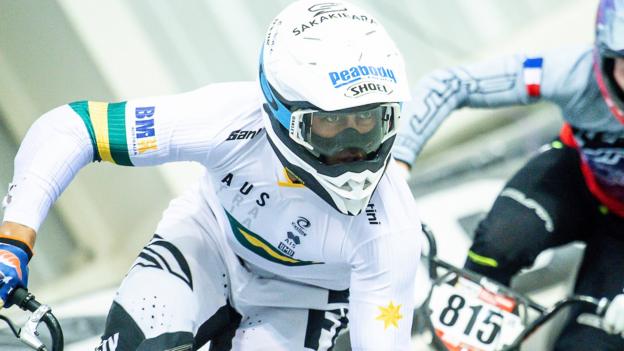 Australian Olympic BMX hopeful Kai Sakakibara is in a medically-induced coma after sustaining a “severe head injury” at a World Cup event.

The 23-year-old fell during his opening round heat in Bathurst, New South Wales, on Saturday.

He was sedated at the scene before being airlifted to Canberra Hospital, where he has had surgery to relieve pressure on his brain.

In a statement, his family said he was in a “critical but stable” condition.

“We understand the road ahead will be a long and difficult one, we are staying positive and taking things day by day,” they said.

“There isn’t much we can do at this point but Kai needs your support and your positive energy sent his way. Please keep thinking of Kai and stay with us on his journey for the months ahead.

“For now, we are waiting to see how things progress and our focus is on his long-term rehabilitation. Kai’s BMX career will be put on hold for now.”

Sakakibara is currently ranked 10th in the world and finished ninth at last year’s World Championships.

His younger sister, Saya, is also a BMX rider on the Australian team with a world ranking of fifth.

‘This is the happiest time for me’: Inside Fedor Emelianenko’s last hurrah in MMA
Kiley McDaniel ranks all 30 MLB farm systems for 2023
Hamlin conveys gratitude in 1st public comments
A surprise benching, shocking hire and search for stability: Inside Jim Irsay’s Colts
Arraez has salary arbitration hearing with Marlins