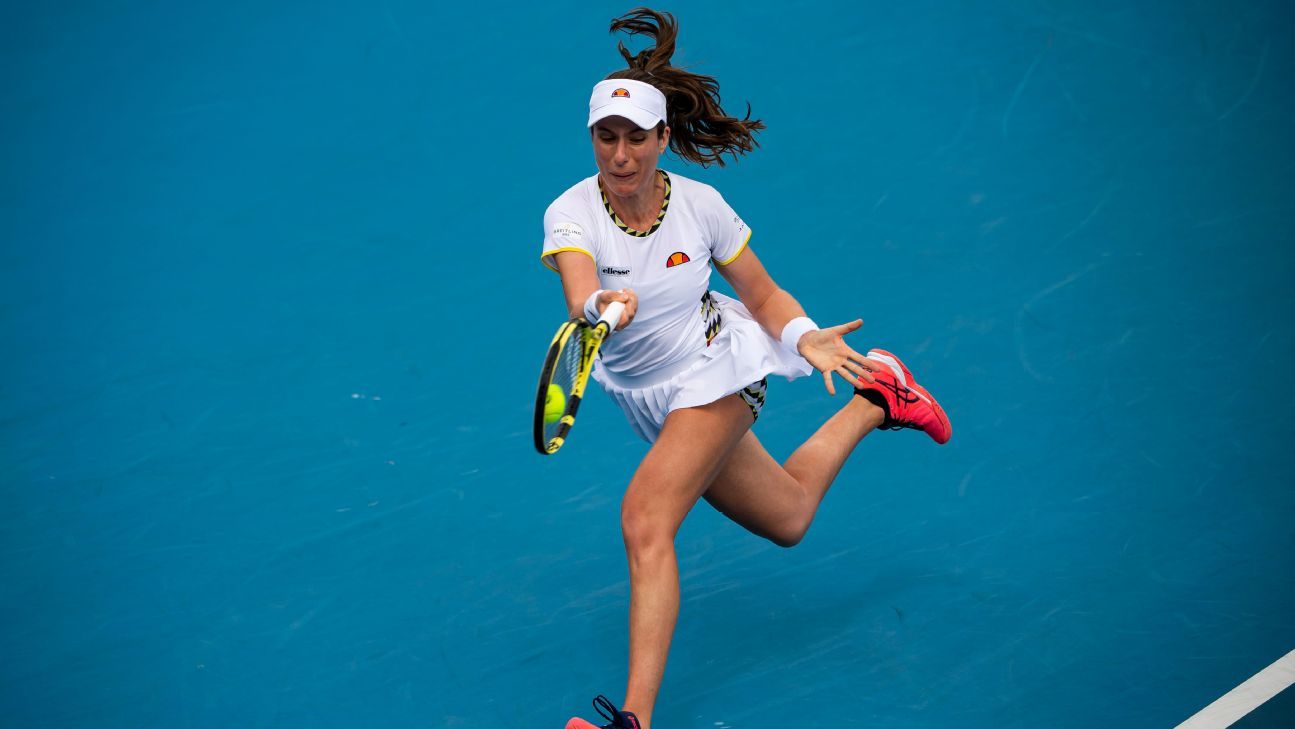 Britain’s Johanna Konta was knocked out of the St. Petersburg Ladies Trophy in straight sets on Wednesday.

As the fourth seed, Konta had a bye to the last 16.

France’s Oceane Dodin, ranked 145 places below the Brit, beat Konta 6-3, 6-4 to progress to the next stage.

The British number one has been suffering from a knee injury for the past few months and has only played two games since September. She was knocked out of the Australian Open last month in the opening round.

On Monday, she marked her return to tennis with a doubles win.

Loughnane-Moraes to kick off 2023 PFL season
Which teams should you buy or fade ahead of March Madness?
No discipline for Zverev after abuse investigation
Bengals’ Pratt regrets reaction to Ossai penalty
Conor Daly open to last-minute Daytona 500 ride