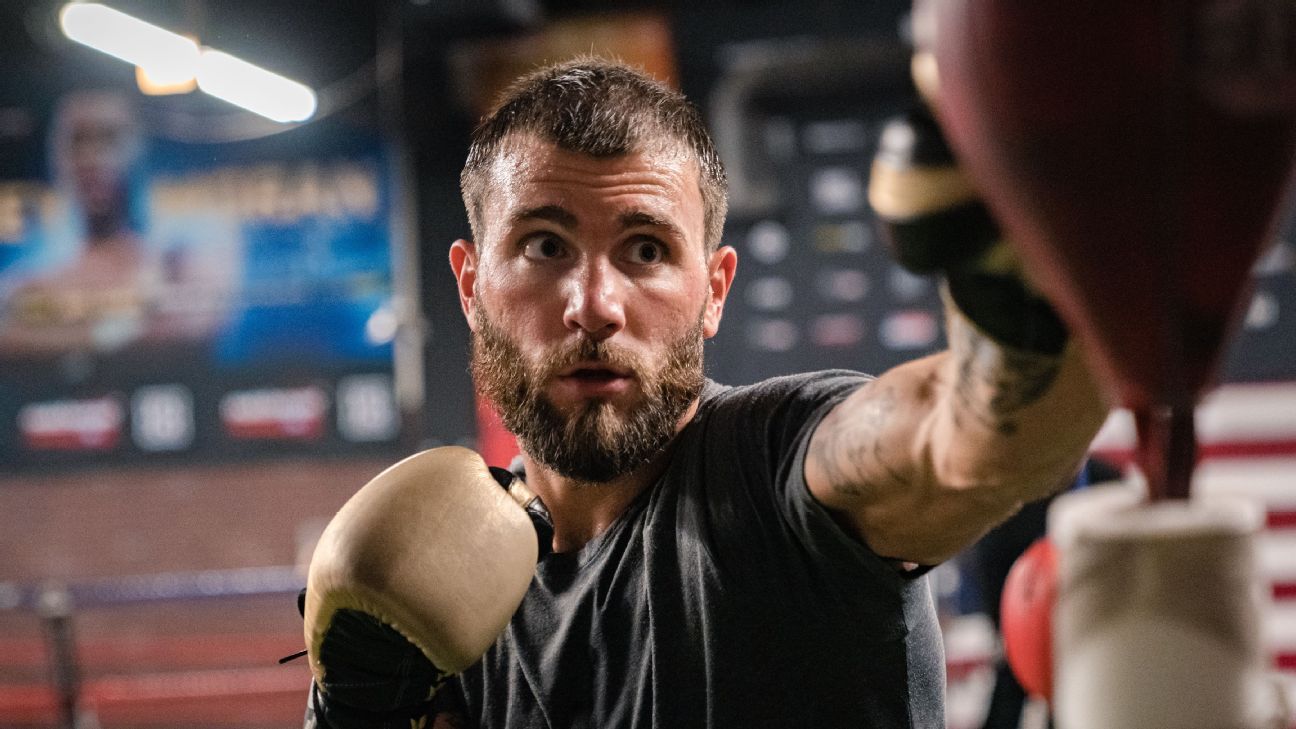 For as long as six-year pro and super middleweight world titleholder Caleb Plant can remember, he dreamed of having a world title fight in his hometown of Nashville, Tennessee.

“It’s something I have wanted, really, since I was a little kid,” said Plant, who grew up outside of Nashville in Ashland City, Tennessee. “It’s been a dream of mine to bring a world title fight home and to have it at the Bridgestone Arena, the biggest venue in the city.

“I won the title, I defended it successfully, and I have been pushing that this is something we need to do. Nashville is a big city, it has a lot of people, and I worked myself into the position to get it. So I’m excited to be going home.”

Now that Plant has what he has always wanted, he must avoid the pitfalls and distractions that a hometown fight can bring when he makes his second 168-pound title defense against 24-year-old German mandatory challenger and former interim titlist Vincent Feigenbutz (31-2, 28 KOs) in the main event of the Premier Boxing Champions card on Saturday (Fox and Fox Deportes, 8 p.m. ET) at Bridgestone Arena.

“As soon as I found out that I was going to fight in Nashville, I no longer was trying to focus on [making that happen] or worry about that,” Plant said. “I got what I wanted, and now it’s time to treat it like it’s another fight in another venue in another city.”

However, it is not always that easy.

“I changed my number just [on Monday] so I’m totally prepared,” Plant said with a laugh. “I know people are going to want to get a moment of my time and shake hands and tell old stories, but every moment I do that is a bit of energy I give away — energy I am going to need for Saturday night.”

Plant has lived in Las Vegas since 2016 but visits Nashville several times a year. His family and friends are there. He got married there in October. He came home for Thanksgiving.

He said he expects a big turnout at the fight and has already dealt with the crush of ticket requests from family and friends.

“I’m there strictly for business and nothing more, and I’m gonna handle business,” he said. “After the fight, I’m going to give as much of my time to everyone that I can. We can all go out and celebrate and get a good meal and stuff like that. But beforehand, it’s strictly business.”

“I’d just tell him to [stay] levelheaded, stay relaxed and stick to the game plan, no matter what the crowd may say or how the fight may go. Fight like you’re not fighting at home. Forget about it.”

Plant put his wife, Jordan, and his father and co-trainer, Richie Plant, in charge of dealing with many of the details so he can remain focused.

“Not too many people are going to be able to get a hold of me and reach out,” he said. “A lot of that gets funneled through my dad, who funnels it to Jordan, and if it’s important enough, she’ll get it to me.”

Some fighters thrive at home. Pound-for-pound star and three-division world titlist Terence Crawford has had five world title fights in various divisions in his hometown of Omaha, Nebraska, and one in nearby Lincoln. He has won each with a dominant performance.

“The good thing is you get a lot of support because everybody is there for you, and you feed off the fans, who are there to cheer you on to victory,” Crawford said. “That’s always a plus whenever everyone is there to support you. But they put a lot of pressure on you to perform, and you can get off your game plan and slip up because you’re trying too hard to impress the home crowd and make sure you put on a good show. Nobody wants to bring a fight home and stink it up, so you push a little harder to put on that great show.

“But there’s a lot of distractions. Friends and family who normally can’t travel to fights want tickets and want to be at every fight event, so everyone’s calling you. So there’s not a lot of time to rest if you’re not firm with them. At the same time, they don’t mean no harm, but everyone wants to touch you, see you.”

Crawford has become such a regular at home that he said his friends and fans have backed off during his fight weeks. His appearances have gone from rare spectacles to the norm, and that has helped ease the typically excessive needs when he fights in his hometown.

“They understand that I have a job to do, and that’s the only thing I’m thinking about,” Crawford said. “So when I don’t answer the call or the text, they know what it’s about. If I get around to it, I get around to it. If I don’t, I don’t. I’m real serious come fight week, so they know not to bug me.”

After 11 years as a pro, middleweight world titlist Demetrius Andrade finally got a hometown defense in Providence, Rhode Island, in June, and he cruised to a shutout decision over contender Maciej Sulecki.

As with Plant, a hometown fight was something Andrade wanted for years, and his new promoter, Eddie Hearn of Matchroom Boxing, delivered it for him in their third fight together.

“I wanted my hometown fans to get a chance to actually see me fight live,” Andrade said. “I wanted to give them beautiful championship boxing.”

Andrade said he turned his phone off and told his team to handle the nonstop demands.

“I’m not answering anybody because I got somebody trying to take my head off, so people trying to get a hold of me isn’t that important,” Andrade said. “There’s no pressure at home. The pressure is the other man trying to take my head off and me trying to make sure my head doesn’t come off. But fighting in my hometown was a great thing. People could see what they’ve been missing out on. It was great. I want to do it again. We had a great crowd. It was loud. I do a lot for my community, and they came out, and it showed. But you have to know where to spend your energy and not to spread yourself too thin.”

Other fighters have not fared so well at home. Unified junior middleweight world titleholder Jarrett Hurd returned to his home region for a defense against Julian “J Rock” Williams in May in Fairfax, Virginia, and admitted after the fight to succumbing to distractions. He got knocked down for the first time in his career and lost the belts by unanimous decision.

Just last month, Williams returned home to Philadelphia to make his first defense of the belts he won from Hurd and got knocked out in the fifth round by Jeison Rosario in a major upset.

Plant is well aware of the recent hometown losses taken by PBC stablemates Hurd and Williams.

“Those guys are great fighters, and I can’t speak on specifically why they weren’t able to have a successful night,” Plant said. “I wasn’t in their shoes. So I don’t know what caused those things, but it definitely raises flags. It reminds me, hey, I’m not sure what it was that happened with them, but I definitely need to stay focused on the task at hand. Nothing else matters.

“Not that I needed a reminder because I’m always on point, but all the dos and don’ts have been laid out before us. I just want to win in front of my hometown and win in spectacular fashion. I’ve gotten to perform in many other venues in other states, but it’s going to be a special moment to be able to do that in front of everyone who has known me for the longest.”

TGB Promotions president Tom Brown is promoting Plant-Feigenbutz and also promoted the Hurd and Williams bouts. He has seen it all in his decades in boxing.

“It’s hard on the fighter if he doesn’t have that great team around him like Caleb does. He can hand things off to his dad or his wife.”

Andrade and Crawford both offered their advice to Plant for dealing with the hometown event.

“I’d tell him to turn his phone off,” Andrade said. “I have somebody close to me who can relay any important message. Just stay locked away, and don’t be out and stuff. Worry about what you got to do, and save your energy. Nothing else is important but the win.”

Crawford added, “I’d just tell him to [stay] levelheaded, stay relaxed and stick to the game plan, no matter what the crowd may say or how the fight may go. Fight like you’re not fighting at home. Forget about it.”