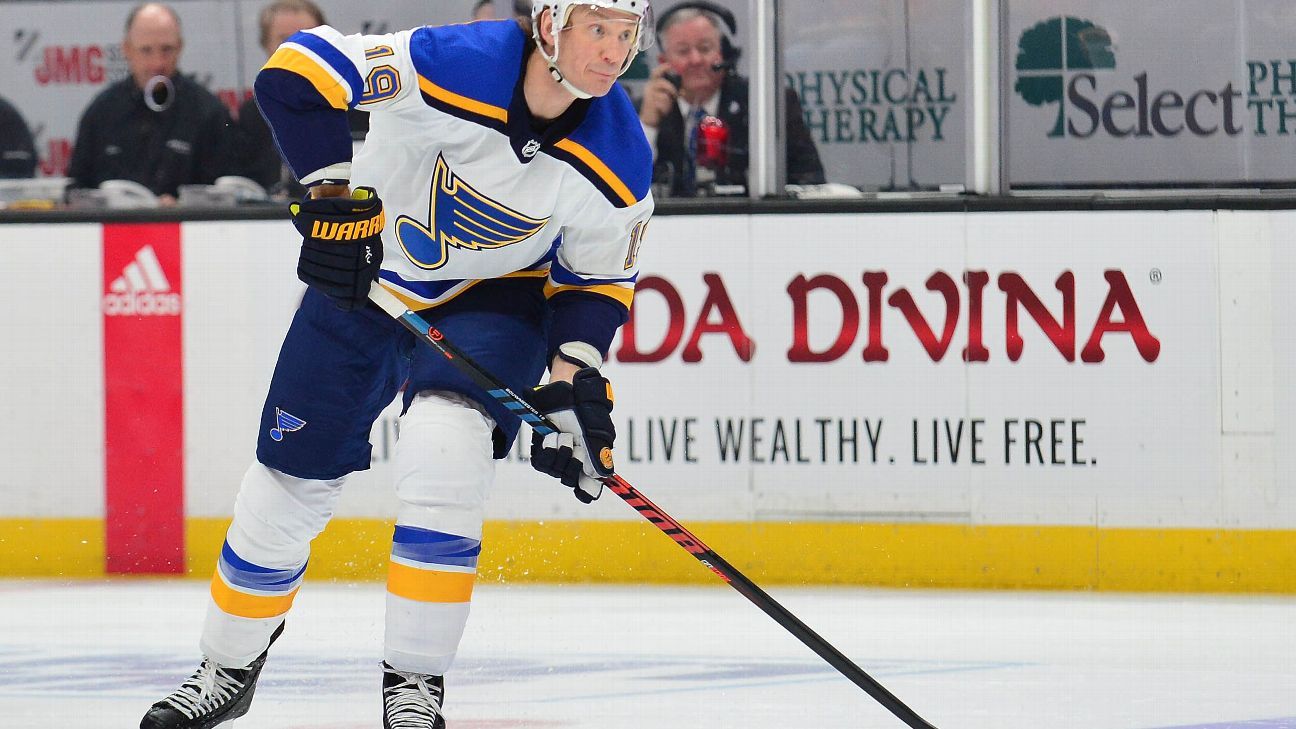 St. Louis defenseman Jay Bouwmeester was taken to the hospital after suffering a cardiac episode on the bench during Tuesday night’s game against the Anaheim Ducks and is conscious and alert, the Blues said.

“Thankfully, with the quick response of our medical trainers, Anaheim medical trainers and their team physicians, they were able to stabilize Jay,” Blues GM Doug Armstrong said in a statement. He added that Bouwmeester was “conscious and alert” as he underwent further testing by Anaheim’s physicians on Tuesday night

The Ducks said the game, which was postponed after Bouwmeester slumped over with 7:50 left in the first period, will be made up at a later date.

Bouwmeester completed a 1 minute, 20-second shift and did not appear to have absorbed any big hits or contact to his head.

Bouwmeester appeared to be grabbing a drink of water when he began to slowly fall.

Teammate Vince Dunn began shouting and waving for trainers to assist. Bouwmeester was taken off the bench as the game was delayed.

Both teams then went back to their locker rooms and the game was called off a few minutes later tied at 1. Players from both teams met for hugs and well-wishes after changing out of their gear.

The Blues were scheduled to fly to Las Vegas after the game, but the team decided to stay in Orange County overnight instead.

Bouwmeester, 36, was skating in his 57th game this season. He skated 1:20 in his last shift before collapsing and logged 5:34 of ice time in the game. Bouwmeester’s father was at the game as part of the team’s annual Dads Trip.

A native of Edmonton, Bouwmeester was a junior hockey star and the third overall pick in the 2002 NHL draft by the Florida Panthers. He began his career in Florida before spending four years in Calgary. He has been on the Blues’ roster since the 2012-13 season and was part of the franchise’s first Stanley Cup-winning team last spring.

The Blues in April signed Bouwmeester to a $3.25 million, one-year deal for this season.

Bouwmeester held one of the longest ironman streaks in NHL history with 737 consecutive regular season games played until a lower-body injury in 2014. He missed time in 2015-16 with a concussion, and a hip injury ended his 2017-18 season.

He played all but four games last year and hasn’t missed a game this season.

The last player to collapse on an NHL bench was Dallas forward Rich Peverley in 2014. Peverley had an irregular heartbeat, and the quick response of emergency officials made sure he was OK.

The NHL has pages of emergency medical standards that spell out in specific detail that at least two doctors must be in attendance for every game and one must be within 50 feet of the bench. A defibrillator, which was used when Detroit’s Jiri Fischer collapsed in 2005, must be available, along with a triage room and ambulances.