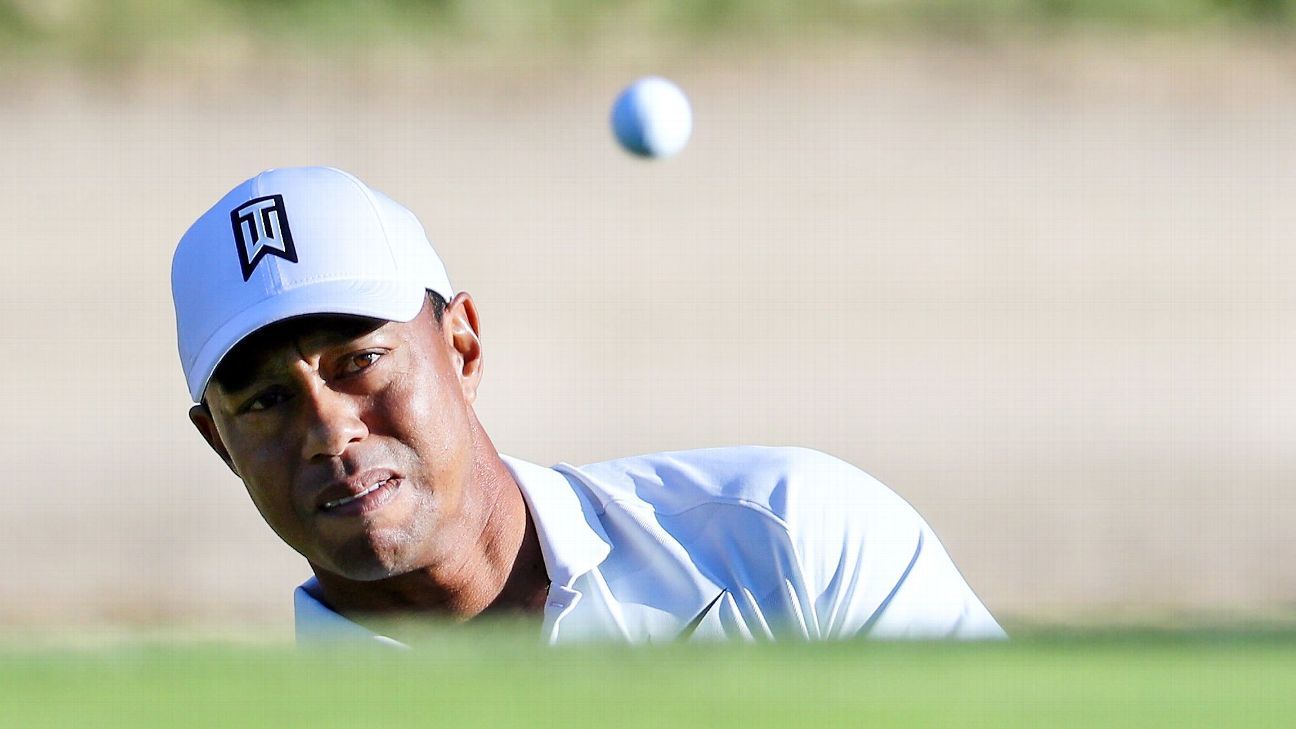 PACIFIC PALISADES, Calif. — Considered the biggest prize in the launch of a potential golf circuit that would be a rival to the PGA and European tours, Tiger Woods said Tuesday that he’s personally been approached by the Premier Golf League, and like other players, is looking into the concept.

The new tour has proposed an 18-event schedule from January to September with 48-player fields and $10 million purses each week, with a season-ending team championship. The idea is to create a star-driven global tour that would play around the world for guaranteed money.

The proposal, however, would severely impact the PGA Tour and European Tour if it went forward. It is unlikely players could participate in both.

“My team’s been aware of it and we’ve delved into the details of it and are trying to figure it out just like everyone else,” Woods said Tuesday at Riviera Country Club, site of this week’s Genesis Invitational, where he is tournament host.

“We’ve been down this road before with World Golf Championships and other events being started. There’s a lot of information that we’re still looking at and whether it’s reality or not, but just like everybody else, we’re looking into it.”

The Premier Golf League has a goal of starting in 2022, when Woods would be 46. How much of a factor he would be as a player going forward is unclear, but the new league has a team concept that would have owners of 12 four-man teams. Woods’ name has been speculated as a natural to own a team.

But Woods also has close ties to the PGA Tour. This week, he hopes to break Sam Snead‘s record of 82 PGA Tour victories. Both this tournament and the Hero World Challenge are PGA Tour events with contracts and sponsorship ties that complicate matters. Why would this even be of interest to Woods?

“I think just like all events, you’re trying to get the top players to play more collectively,” he said. “It’s one of the reasons why we instituted the World Golf Championships, because we were only getting (the top players) together five times a year, the four majors and the Players, and we wanted to showcase the top players on more than just those occasions.

“Historically, I’ve never really putted well here,” Woods said. “I’ve played here so many rounds. It suits a natural cutter of the ball, so I figured that’s what I have done pretty much my entire career. But when it comes right down to it, you’ve got to the ball well here because the greens are so small and they’re so slopey.”

In Woods’ 13 appearances in the tournament (one was played at Valencia Country Club), he has four top-10s and two runners-up. Last year, he tied for 15th.

“Yesterday when I was out there with Bubba (Watson), he was giving me pretty good grief. He’s won here three times. And I haven’t.”

“He did some things that had never been done before on either team,” Woods said of Els. “He has set a standard that going forward they now have a plan. It was tough to see him not want to be part of it in that way.

“I’m struggling with the same issues because as an American we have two Cups that we’re involved in, not just every other year where the Internationals are the European team. So the responsibilities on the American (side) are a little bit more.”

As a player in the running for this year’s U.S. Ryder Cup team, Woods might not want to make the commitment to being a captain again when the Presidents Cup is played in Charlotte, North Carolina, next year. Steve Stricker is this year’s U.S. Ryder Cup captain. Zach Johnson, who was an assistant for Woods in Australia and was an assistant at the 2018 Ryder Cup, would presumably be in line for the 2021 Presidents Cup position, to be announced sometime this spring.

Also a factor: a future Ryder Cup captaincy for Woods. The 2022 matches will be in Italy, with 2014 scheduled for Bethpage Black in New York.

“I’m sure like a lot of people, it’s hard to put into words, what transpired. Part of me thinks that it’s not real. And finding out after (caddie) Joey (LaCava) was telling me coming off the 18th green (at Torrey Pines on Jan. 26), that was unbelievable.

“I don’t really know what I said postround. I was in shock just like everyone else, trying to put it in words going forward. I think the reality of the situation is Kobe and Gigi are not here, but it’s hard to accept.”

Woods said he has “not decided yet” about playing the WGC-Mexico Championship next week. He tied for 10th at the tournament last year. That decision will affect others, such as participating in the Honda Classic in two weeks and the Arnold Palmer Invitational after that. Woods has until Friday to commit to the Mexico tournament.