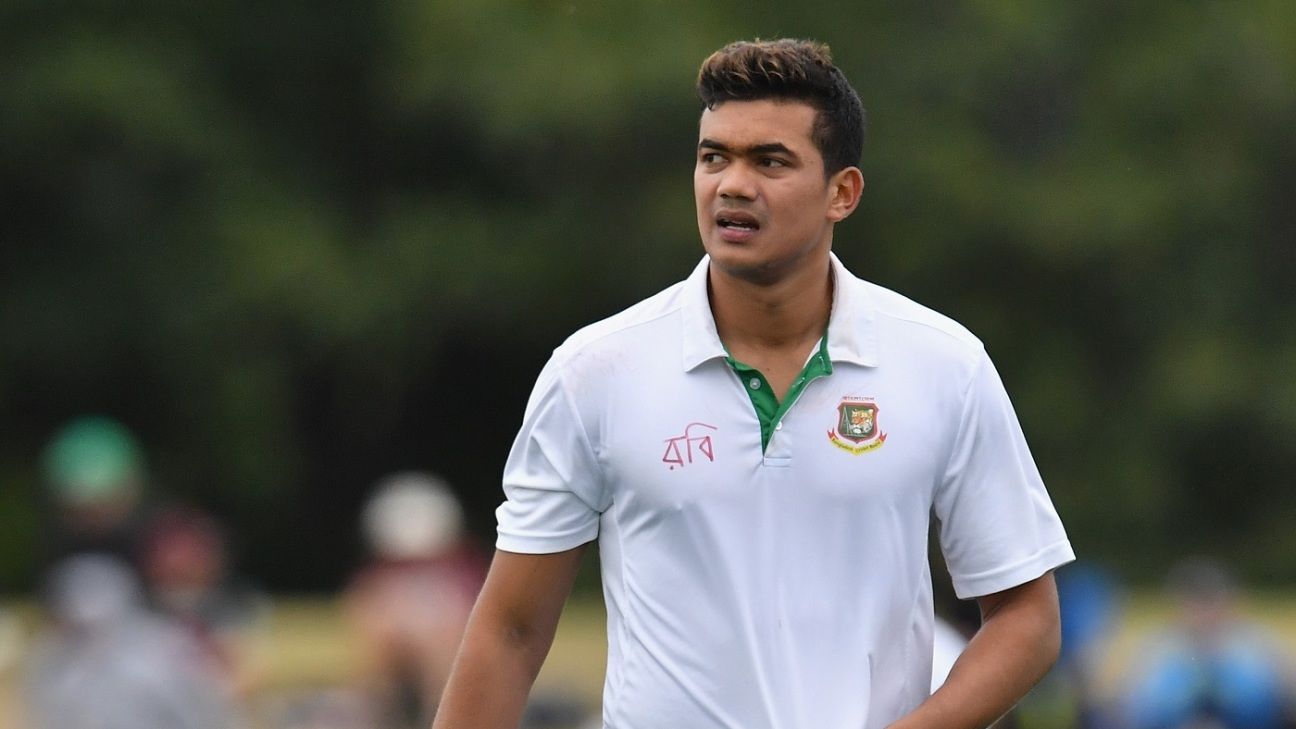 Tanbir Hayder‘s 177 went in vain as North Zone fell just six runs short of the 330-run target set by Central Zone in Sylhet, but it still gave Tanbir the record for the highest individual score in the fourth innings in Bangladesh’s domestic history. More importantly, it was an innings that played a big part in making the game a thriller.

Central scored 170 to start with, with Taskin Ahmed returning 5 for 54, and North responded with 166, Mustafizur Rahman starring with 4 for 68. That part of the match was dominated by the bowlers, but the batsmen found the going easier in the second round of exchanges, with Shuvagata Hom‘s 122 – his 12th first-class century – taking Central to 325. After that, it was over to Tanbir.

Tanbir, who struck 20 fours and a six in his innings that went on for over seven hours, finally fell to fast bowler Mukidul Islam in a heartbreaking finish for him and his team after he had added 35 or the final wicket with No. 11 Salauddin Shakil, the pair having batted together for 78 minutes – Shakil’s contribution was one run.

South Zone, meanwhile, crushed East Zone by ten wickets in Cox’s Bazar. Batting first, they made 482 with hundreds from Anamul Haque, Nurul Hasan and Mahedi Hasan. Anamul struck 14 fours and four sixes in his 129 off 155 balls, while Nurul top scored with 155 off 222 balls, with 19 fours and three sixes. Mahedi’s 112 came off just 85 balls as he smashed eight sixes and ten fours.

East were behind by 176 runs after the first innings, as Mahedi picked up a five-wicket haul to go with his century. Pinak Ghosh made 121 in the second innings, hitting 14 fours and four sixes in his 139-ball knock, and found support from Afif Hossain, whose 115 came off 175 balls, with 14 fours and a six.

But South still had a target of just 185 runs, which they achieved in 37.5 overs, with Anamul hitting his second century of the match, an unbeaten 109 off 111 balls with 12 fours and four sixes.