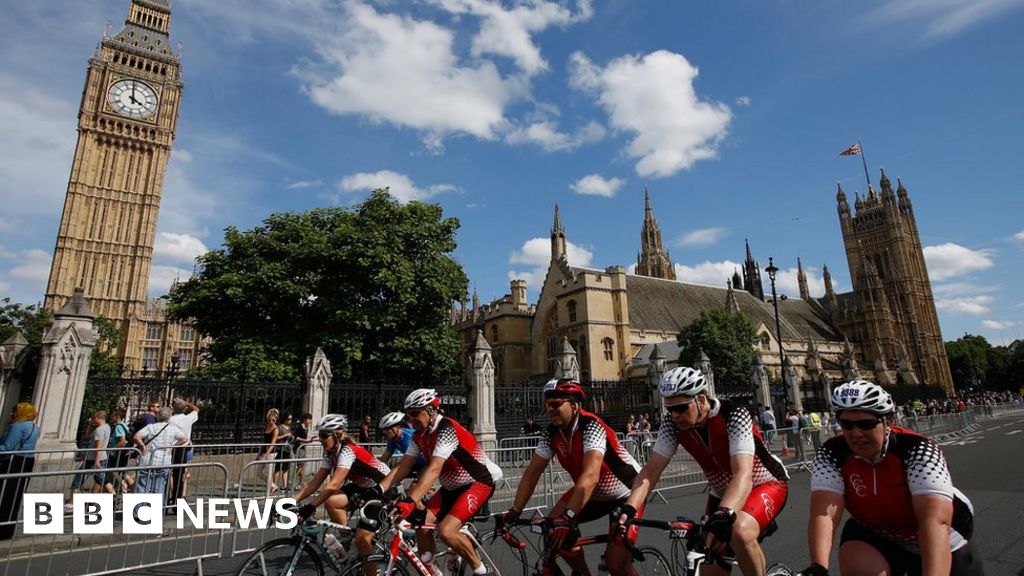 It is unclear how many applicants have been affected by the issue which saw entrants receive other people’s ballot results.

Prudential RideLondon has apologised for the error.

The Information Commissioner – Britain’s data protection watchdog, has been contacted for comment.

RideLondon, which claims to be the world’s greatest festival of cycling, is a 100-mile, closed-road event which takes in streets in the capital and travels through Surrey.

Due to take place on 16 August, it is normally oversubscribed so a ballot system is used select the successful applicants.

The mix-up over data means some potential riders are still unclear if they have won a place or not.

Chris Whitehead, from Rotherham, received what he thought would be his ballot result in the post on Monday.

But while the envelope was addressed to him, the letter itself contained someone else’s full name, address and date of birth.

“I was shocked,” he told BBC News. “I felt shocked that in this day and age, a breach like that would happen and was left wondering who has my details.

“There is a chance my identity could be stolen. Why haven’t they done any basic checking?”

The 36-year-old IT specialist added that he was disappointed the organisers did not communicate the data breach more proactively.

All applicants will be informed of their ballot results by Thursday, according to the event helpline, meaning more people might yet receive erroneous letter over the next two days.

Ryan Reynolds has talked more Wrexham than Deadpool these days. He’s OK with that.
Dubs dig in as Steph tossed for mouthpiece throw
Omenihu in line to play for Niners despite arrest
Rahm struggles with 73, well back at Farmers
Yanks, Torres avoid arbitration with 1-year deal