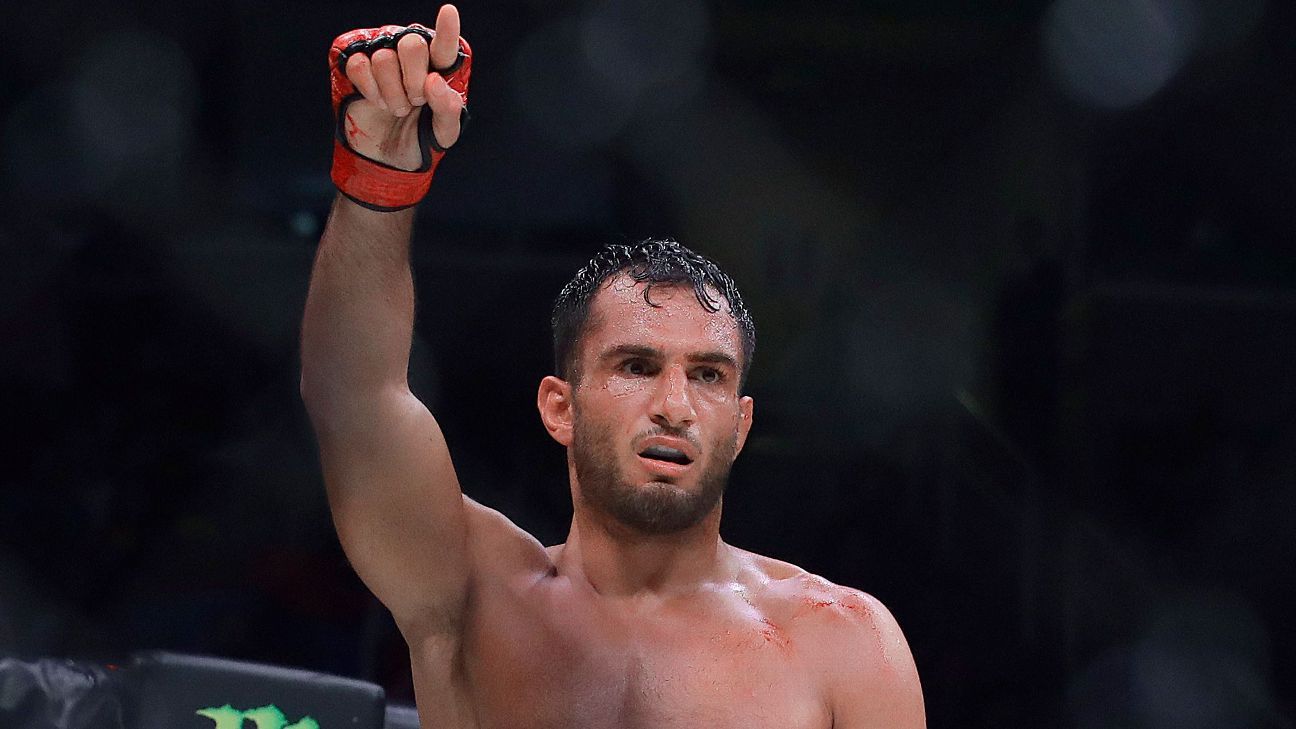 With the indefinite loss of its middleweight champion, Bellator has moved to a veritable superfight for the vacated belt.

Gegard Mousasi will face welterweight champion Douglas Lima for the vacant Bellator middleweight title on May 9 in San Jose, California, Bellator president Scott Coker announced Tuesday on Twitter. The title was relinquished Monday by Rafael Lovato, Jr., who is dealing with the brain condition cavernoma and is out of MMA indefinitely.

Mousasi and Lima are two of the best fighters on Bellator’s roster. Lima is ESPN’s No. 4-ranked welterweight. Mousasi was a longtime UFC contender and former Bellator middleweight champion.

Mousasi (46-7-2) dropped the belt to Lovato in a close majority decision last June. The Netherlands resident has won nine of his past 10 overall and left the UFC as a free agent in 2017 on a five-fight winning streak. Mousasi, 34, is coming off a split decision win over Lyoto Machida back in September.

Lima (32-7) has won three straight, most recently avenging a loss to Rory MacDonald by winning back the welterweight title in October by unanimous decision. The Brazil-born Georgia native has won 11 of 13 fights overall. Lima, 32, is regarded as one of the best fighters in the world not in the UFC.

Bellator’s May 9 card will be headlined by Ryan Bader defending his light heavyweight title against Vadim Nemkov.