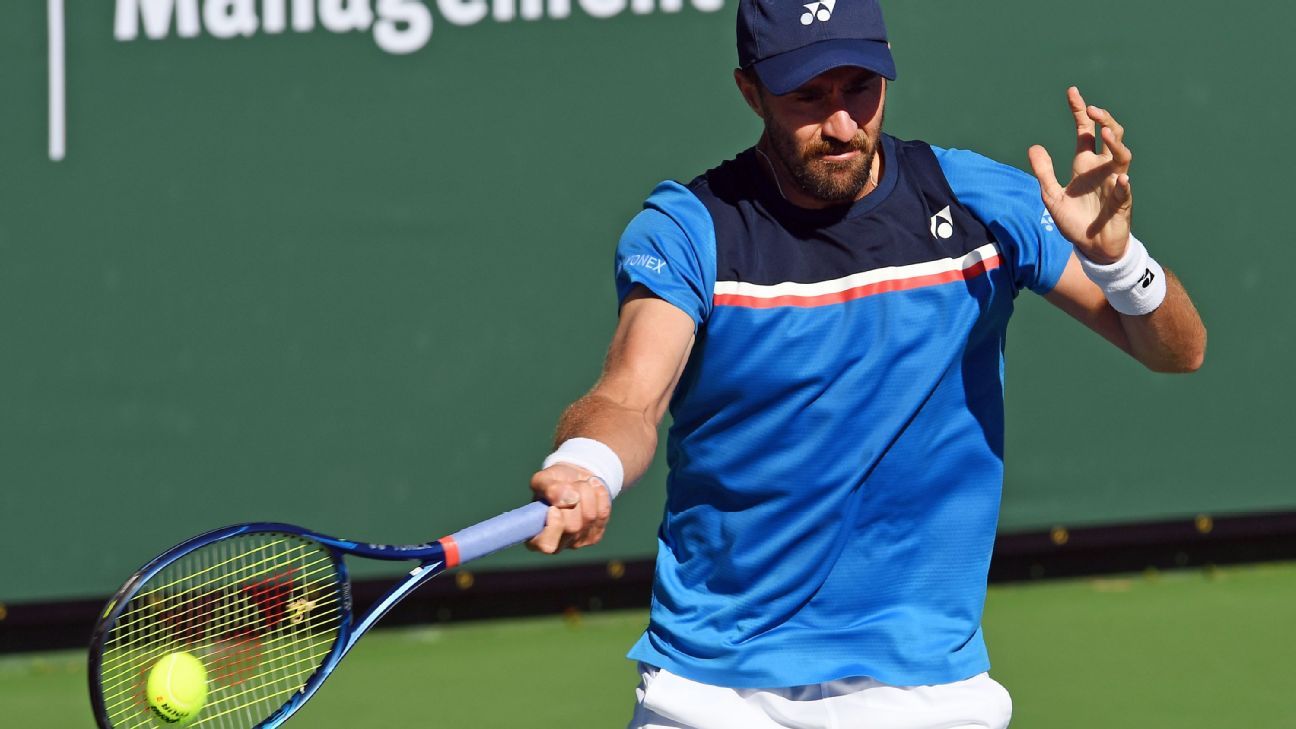 It was Sandgren’s first match since falling to Roger Federer in the Australian Open quarterfinals. Sandgren had seven match points but couldn’t put away the 20-time Grand Slam champion in Melbourne.

The No. 5 seed in this tournament, Sandgren didn’t get as close to victory in this one, as Johnson controlled the decisive tiebreaker.

Johnson had fallen to Federer in the first round at the Australian Open and earned his first ATP Tour win of the season on Monday.

In another all-American matchup, Jack Sock, once ranked as high as No. 8 but now unranked after an injury-plagued 2019, lost to Marcos Giron 6-3, 6-4 in his first singles match on tour this season.

Australia aware of reverse-swing threat amid spin talk
Sources: Alabama to hire Notre Dame OC Rees
‘Mate, we can do it. I have full faith in ourselves’
Malone, Nuggets staff set to coach Team LeBron
Illini fan group admits lying to get cheap Iowa tix