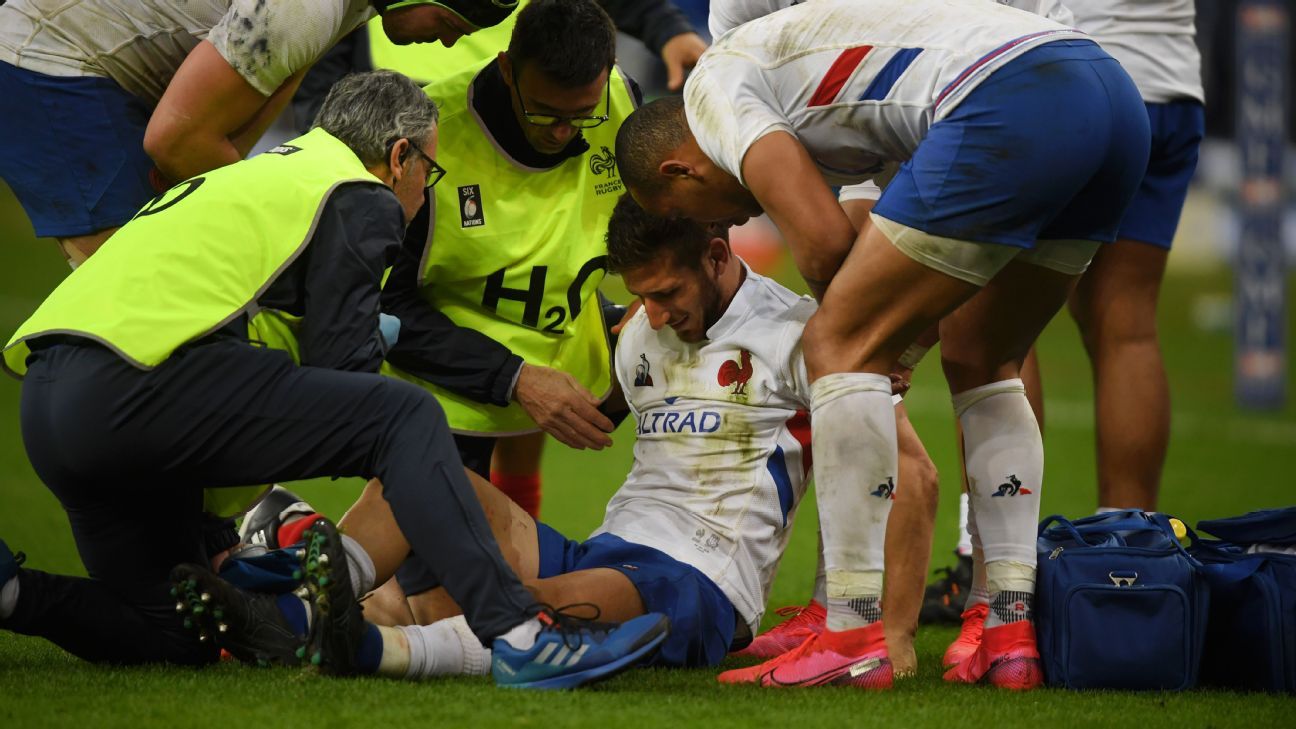 France wing Vincent Rattez will miss the rest of the 2020 Six Nations after he suffered a fractured fibula in his team’s 35-22 win over Italy on Sunday.

France were reduced to 14 men when Rattez was helped off the pitch in the final moments of the game with coach Fabien Galthie having used all his substitutes.

Rattez has five international caps and made a single appearance during the 2019 Rugby World Cup in Japan.

France are top of the Six Nations championship after Round 2, ahead of second place Ireland on points difference.