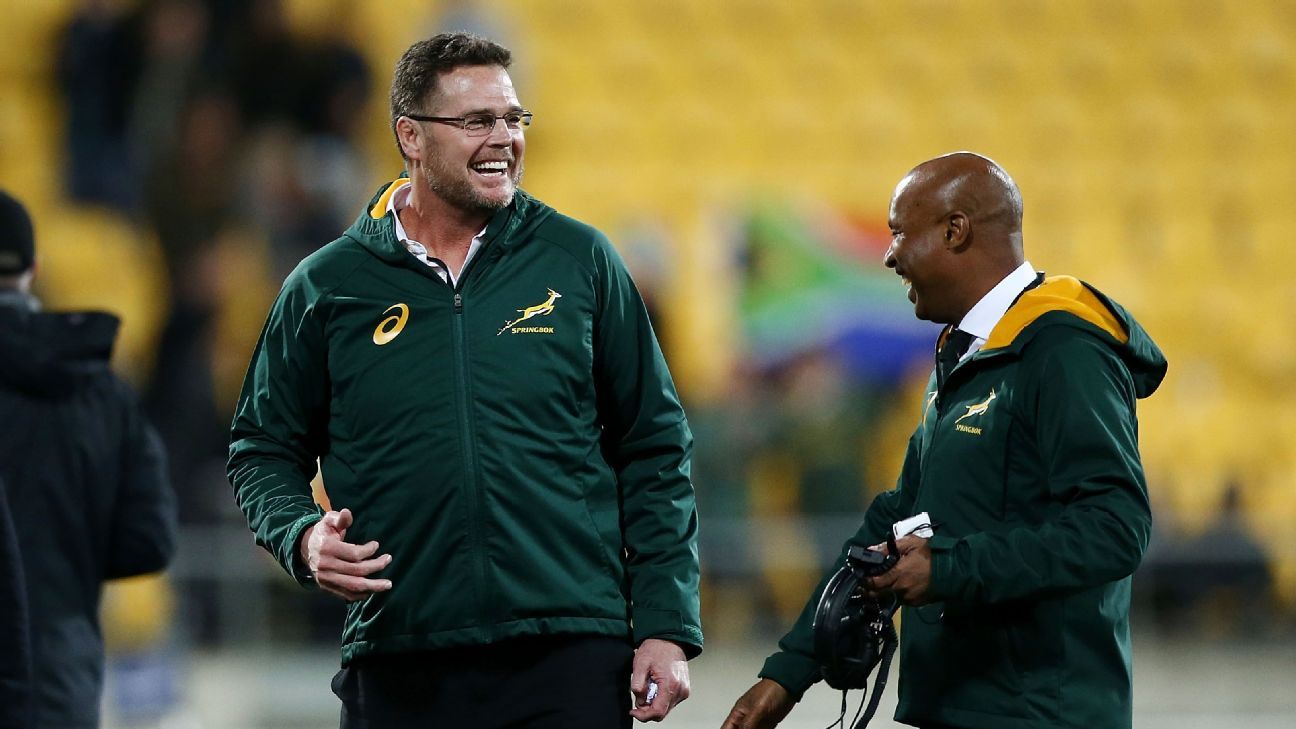 South Africa’s 2019 Rugby World Cup-winning coach Rassie Erasmus has revealed what he told his side before the final in Japan in November.

The Springboks won the Rugby World Cup for the third time when Erasmus’s side defeated England 32-12 in the final in Yokohama.

“You don’t have the right to worry about your mistakes,” Erasmus, who posted a video of the team talk via Twitter, told his team before the game. “You are not representing yourself.

“You are fighting for the things that happen in South Africa. If you play badly today, you don’t have the right to drop your head. It’s not about you.”

The side was led by forward Siya Kolisi, South Africa’s first black Rugby World Cup captain. Kolisi grew up poor in township of Zwide in Port Elizabeth, not knowing where the next meal would come from. Erasmus referenced his background in the speech, telling his players to use their own backgrounds and experiences.

“You are fighting, Siya, for the next Siya to not suffer like you suffer,” he added. “You are tackling for the boy who didn’t get the same opportunities that you got eventually.

Not Sure I would know what to say to any other team before a W Cup Final. Not Happening !!! pic.twitter.com/eCyiMQDRkc

“This last week, I’ve been pressing so hard for you guys to understand that I was never the guy that said you are doing things to give people hope.

“Because first you have to play well. But now you are playing well and now you give hope.”

“Do you guys agree that you are not representing individuals today?”