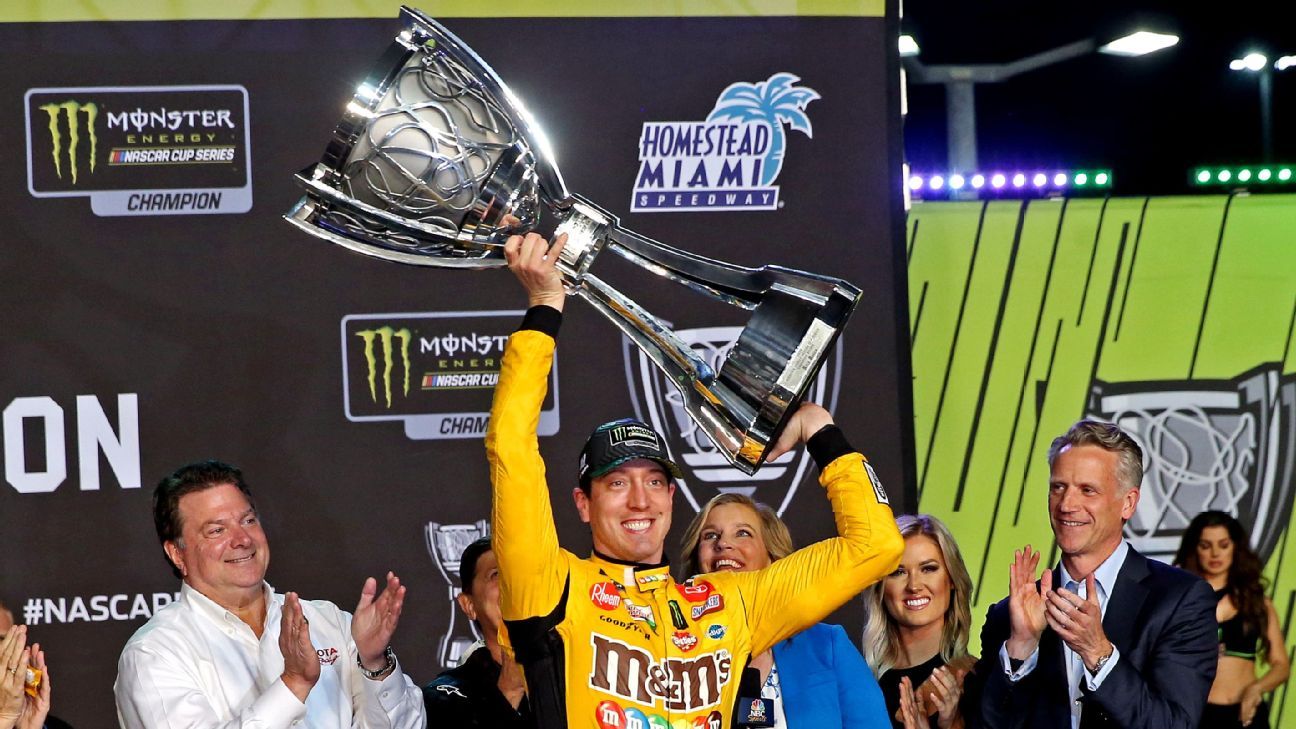 DAYTONA BEACH, Fla. — Kyle Busch has partied in Victory Lane at every NASCAR track from Darlington to Dover, from Bristol to the Brickyard. Busch has even celebrated at Daytona, with a 2008 summer Cup Series victory on his résumé, and trophies from races in other series or exhibitions in his collection.

He has yet to take his traditional bow as the confetti flies at the Daytona 500. He is 0-for-14.

Winning the biggest race in NASCAR is the last drop in filling a bucket list of milestones that includes two Cup championships and more than 200 NASCAR victories for one of NASCAR’s all-time greats, who is just 34.

If failing to win the Daytona 500 is gnawing at the tempestuous Busch, he’s not letting on.

“The whole aspect of having one item not checked is not that big of a deal,” Busch said. “It’s not going to end my career by any means.”

Maybe not, but it would put a tidy bow on a career in which Busch really has not much left to prove.

Last season, Busch was agonizingly close to winning the “Great American Race,” finishing second in a race where he led inside of 10 laps left. He had another strong chance in 2008 until a late-race miscalculation by a teammate cost him a shot at the Harley J. Earl Trophy.

Busch gets another shot Sunday at winning the race that Trevor Bayne, Jamie McMurray and Derrike Cope all managed to figure out.

Busch could move past Rusty Wallace and into ninth on the Cup career wins list if he emerges from the anything-can-happen pack. Among active drivers, Busch’s 56 wins and two titles are behind only seven-time champion Jimmie Johnson (83 wins). Busch could become the first repeat Cup champion since Johnson won five straight from 2006 to 2010.

The good times throughout his career are etched in Busch’s Hall of Fame credentials, but the near misses at Daytona are unforgettable.

In 2008, Busch’s first season at Joe Gibbs Racing after a complicated breakup at Hendrick Motorsports, a drive toward the finish with teammate Tony Stewart came down to the wire.

Running out front in the high line, Stewart held off two Penske cars over the final thrilling laps. But as Penske drivers Ryan Newman and Kurt Busch closed in on him, Stewart didn’t feel safe running alone without any allies.

At the last second, he dropped low on the track to line up in front of Kyle Busch. The JGR teams had planned on winning with teamwork, and Stewart thought he would need Busch to make it to the checkered flag.

The decision backfired in the blink of an eye. Stewart couldn’t hook up with Busch fast enough, and the two Penske cars steamrolled past him on the top.

“I think Tony, to want to stick together and work as teammates, took an opportunity to do that with me rather than jumping out and getting in front of the other two that were coming,” Busch said. “That took away his Daytona 500. I think it was his to win. But we were right there, and we were right there close and had a fast car, too.”

Trying last season to become No. 1 at Daytona, Busch was instead second in the 1-2-3 finish for JGR.

Busch was leading on a restart with nine laps to go and opted to start from the bottom lane after winner and teammate Denny Hamlin told Busch’s crew that they would “race it out” without working together.

Before the final restart, though, Busch said Hamlin wanted to “go back into teammate preservation mode.” Busch did some blocking that allowed Hamlin to hold off Joey Logano.

Busch’s bad luck extends beyond the checkered flag drought. He crashed into a concrete wall in a race the day before the 2015 Daytona 500 and broke his right leg and left foot. Busch was stuck in a hospital bed, the Daytona 500 just a race on TV. Busch withstood multiple surgeries, went through a grueling rehabilitation program and missed only 11 races.

He won the season finale at Homestead-Miami Speedway to claim his first title, and hasn’t stopped his climb toward the top.

His consolation may come in the fact he’s not alone in star drivers who chased the biggest win in NASCAR.

Known as “Rowdy,” Busch isn’t quite the sentimental favorite. His 208 victories across NASCAR’s three national series always make him the driver to beat, not necessarily one the rest of the field might graciously accept as a popular winner.

He’d like to test that theory Sunday when he tries to zip past Ricky Stenhouse Jr. and Alex Bowman on the front row for that coveted win.

“We’re in a good spot, we’ve got a shot,” Busch said. “We’ve got to put ourselves in a good spot at the end like last year and try like hell.”