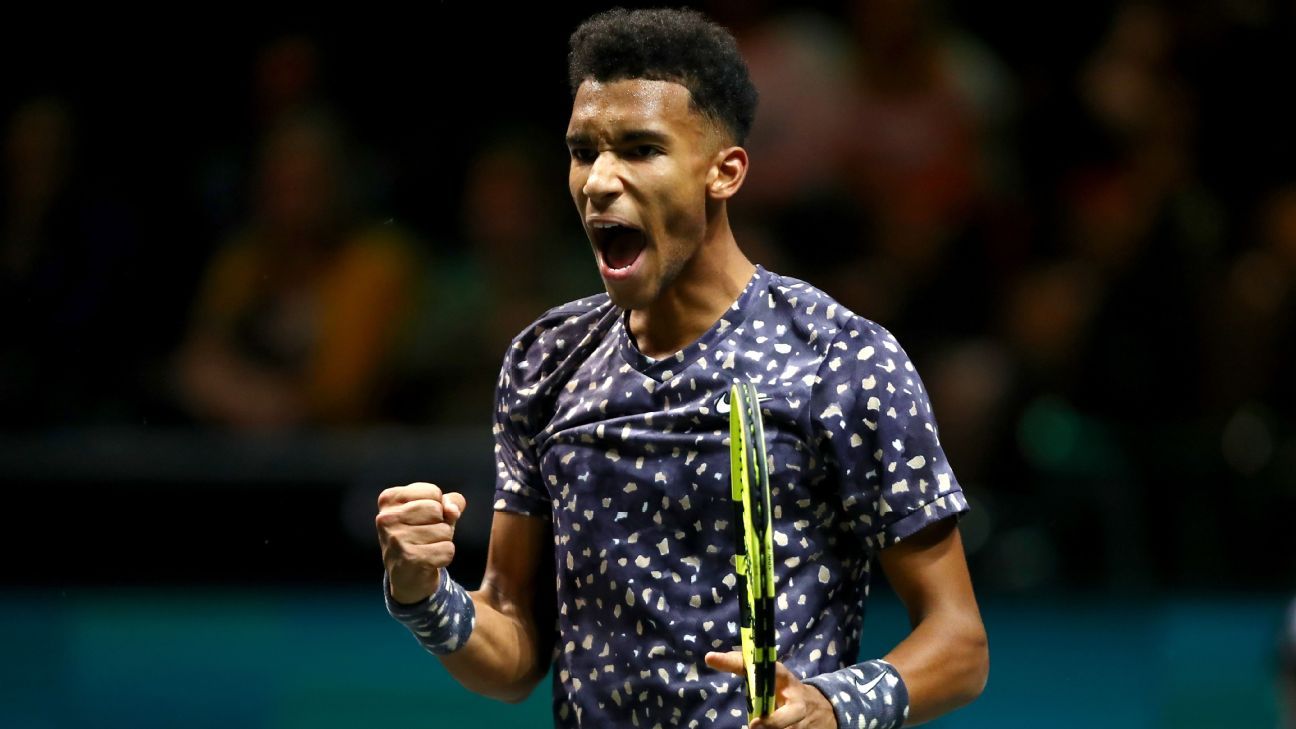 Canadian teenager Felix Auger-Aliassime outlasted Germany’s Jan-Lennard Struff to win 6-3, 1-6, 6-3 and advance to the last-16 of the Rotterdam Open on Tuesday.

The 19-year-old Auger-Aliassime, who had his breakthrough season last year when he climbed up to world No. 17, nearly threw it away in the second set when he lost five games in a row before he regained his composure in the final set.

The Canadian served seven double faults but also fired 16 aces in the contest and set up a match with Bulgaria’s Grigor Dimitrov, who eliminated Denis Shapovalov on Monday.

On the other side of the draw, Italy’s fifth seed Fabio Fognini was upset in straight sets by Russia’s Karen Khachanov 6-3, 6-3.

Fognini lost his focus following an argument with the umpire over a call in the second set, and the Italian also asked for the trainer’s help in strapping up his leg below the knee.

Khachanov sailed through the second set with two breaks of serve and Fognini’s unforced error count of 36 only made things easier for the Russian.

Meanwhile, Andrey Rublev knocked out Nikoloz Basilashvili 6-2, 6-3 in what was the shortest match of the first round, with the 22-year-old wrapping up the encounter in only 55 minutes after winning 91% of his first serve points.

Second seed Stefanos Tsitsipas is in action later on Tuesday when he takes on Poland’s Hubert Hurkacz.