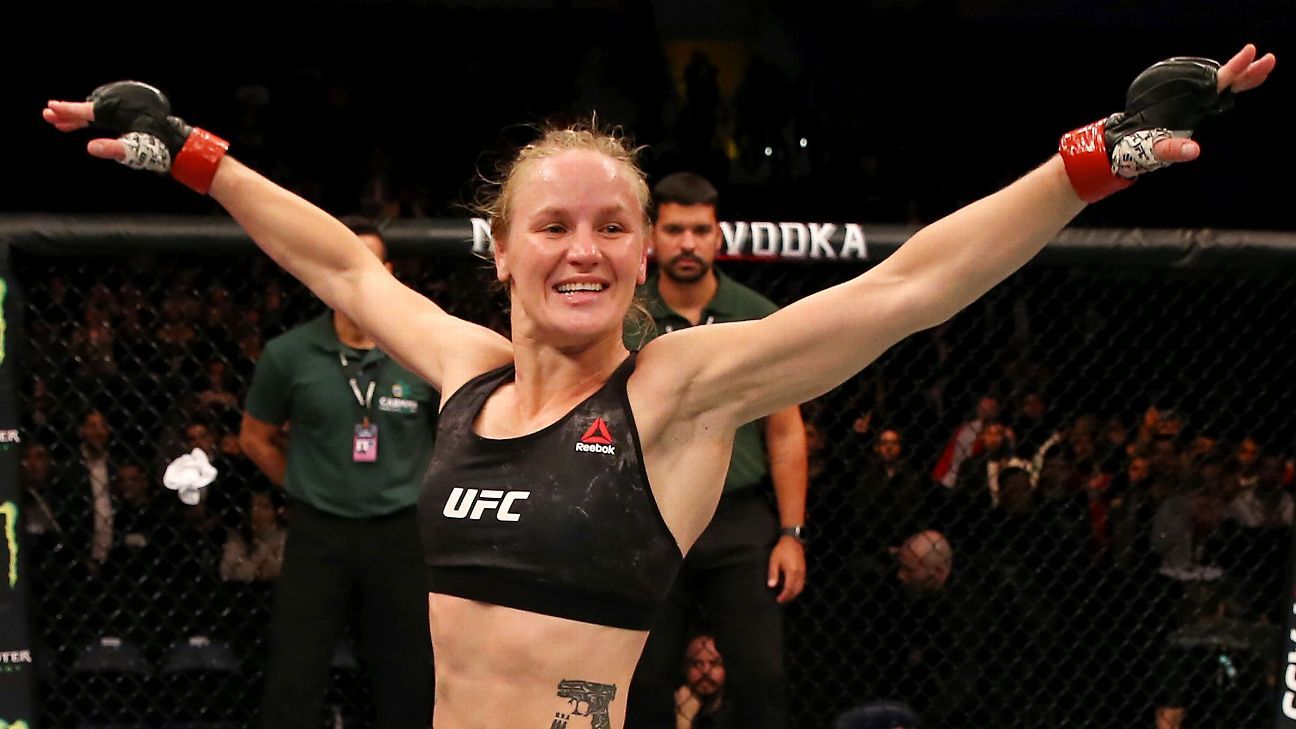 UFC women’s flyweight champion Valentina Shevchenko believes a third fight against Amanda Nunes will happen at some point, but she’s enjoying her reign in the 125-pound division and sees Joanne Calderwood as her likely next opponent.

Shevchenko beat Katlyn Chookagian via third-round TKO on Saturday at UFC 247 in Houston, and she wants to defend her title as often as possible. But she’s going to start running out of qualified contenders.

That’s why some are already pointing to a trilogy fight against Nunes, who is the bantamweight [135 pounds] and featherweight [145] champion. Nunes has beaten Shevchenko twice, although the second one was very close.

“Finally, I’m in my own weight category where I feel exactly in the place when I don’t have to struggle with bigger opponents and thinking I don’t have enough weight, I’m not so big,” she said. “It wasn’t difficult for me to fight at 135, but definitely it’s kind of different when you are smaller against someone bigger.

“If you are a bigger fighter and going down to a lower weight class, it’s different. But when you are originally not that big, it’s very good to fight in your own weight class, and I’m very happy that finally we have this opportunity. When I started to fight in the UFC, it was 115 or 135. I didn’t want to die in the weight cut going to 115. Of course I chose 135, my walk weight is 135. Finally I have this opportunity to show everything from me in the right weight class.”

Shevchenko believes Nunes will fight next at 145, but she’s not ruling out a trilogy bout.