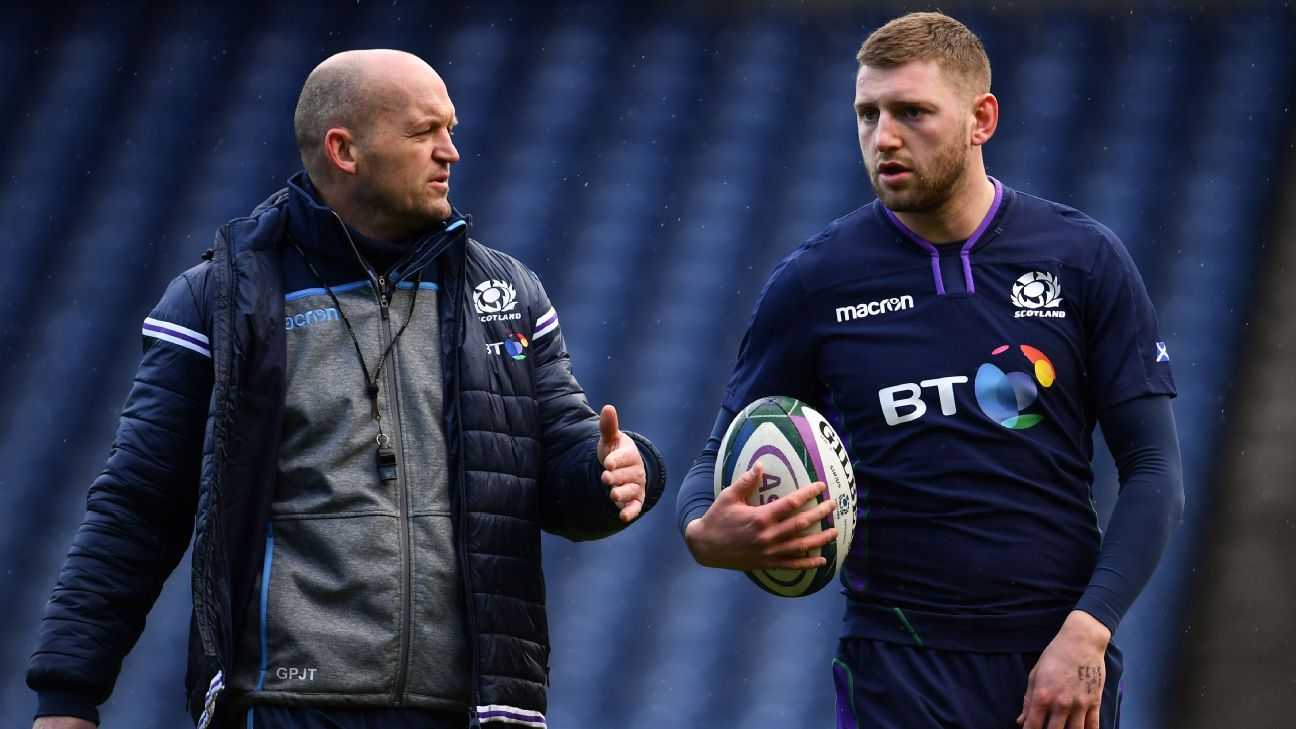 Scotland coach Gregor Townsend has said that it has been made “clear” that fly-half Finn Russell can have a future with Scottish Rugby but only if he can “accept and adhere” to the standards of the team.

The comments were made by Townsend in a statement on Monday afternoon after Russell gave an interview to the Sunday Times about the disciplinary issues that saw him leave the Scottish camp.

Russell said in the interview that the prospect of him returning to the national side was bleak due to his strained relationship with Townsend.

Townsend, however, said that he has enjoyed his time working with Russell at Scotland and Glasgow Warriors, and he would be open to the fly-half’s return.

“I’ve loved working with Finn over the past seven years,” Townsend said.

“He’s been brilliant to coach at club and international level. He’s very coachable and I’ve worked with him in a very similar way throughout those seven years.”

– ESPN Fantasy Rugby is back! Click here to pick your team!#,

Townsend said he left the initial meeting with Russell following the breach “optimistic” that Russell would continue with the squad.

“Unfortunately, things have not unfolded as well as we would have hoped,” he added.

“A lot of times, everything is not always how you’d like it to be. You might not agree with everything that is there, maybe because it’s a different coach than the one you have at club level or a different way of preparing or playing. What is important is that you commit to what has been agreed and put the best interests of the team first.

“The door will be open to any player with the required level of ability — if they commit to being a trusted member of the team. It’s been made clear that Finn could be a part of that future. However, he stated at the weekend that everything else has to change for him to come back, rather than accept and adhere to the standards currently being lived by the group.

“I hope this situation can be resolved but our focus is on working with the squad and building on the positive work that’s gone in from the players for our first two games.”