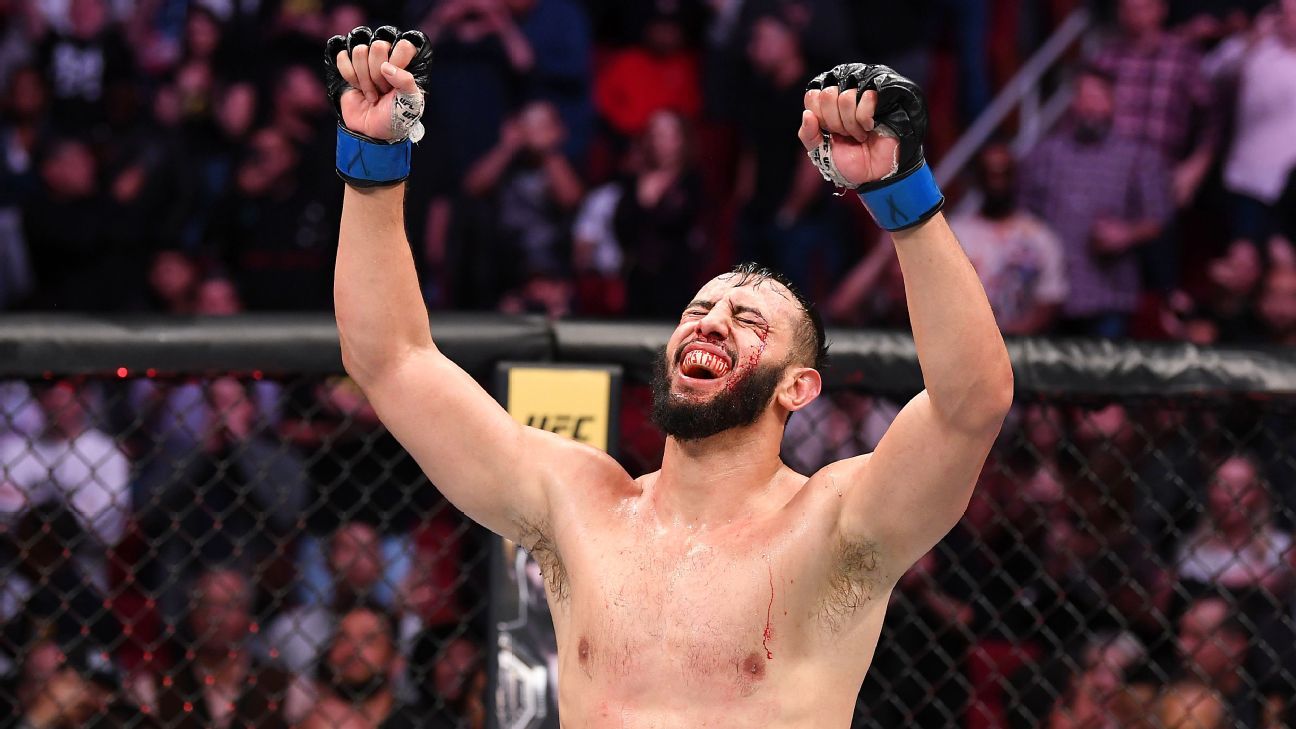 Dominick Reyes got a chance to talk very briefly with Jon Jones inside the Octagon after their hard-fought UFC light heavyweight title fight last Saturday night.

Reyes pushed Jones to the brink, but Jones, the longtime champion, held on for an extremely close unanimous decision win (48-47, 48-47, 49-46) in the main event of UFC 247 in Houston. Many pundits questioned the result, and Reyes said he believes he was the true winner.

On Monday, Reyes said on Ariel Helwani’s MMA Show that Jones was “very complimentary” of his performance and alluded to a second fight between the two.

“He said I shocked him,” Reyes said. “He didn’t really expect that from me. And he thanked me for making him a better martial artist. He said, ‘Our rematch is gonna be epic.'”

Whether or not Reyes gets that rematch is still up in the air. UFC president Dana White said in the post-fight press conference Saturday that Reyes deserved one. Jones said he thinks Reyes would get one eventually, but he wasn’t clear on if it would be his next fight.

Reyes thinks a groundwell of support could make him the challenger again soon.

Reyes was very successful in the early rounds. Jones, one of the best fighters in MMA history, was the clear winner in the fourth and fifth rounds. All three judges had different scores and one, Joe Solis, had Jones winning every round but the first, which many have decried as a bad scorecard.

“Yeah, the judges suck,” Reyes said. “But fans know who won. I’m considering myself the people’s champ right now. … The fans speak to make fights happen. You talk about politics and stuff like that, but what it really comes down to is what the fans want. Fans buy the fights.”

Reyes (12-1), who was undefeated heading into this bout, said he’ll heal up and take a vacation before coming back and pleading his case for an immediate rematch with the UFC. The judges’ decision left a bad taste in his mouth. It would have been a massive story had Reyes won. Jones, with his victory, extended his UFC record unbeaten streak to 18, became the all-time leader in UFC title fight wins (14) and tied Demetrious Johnson for most UFC title defenses (11).

Reyes would have snapped those streaks. But he also sees the positives in a narrow loss that he doesn’t believe was a loss.

UFC Rio Rancho this Saturday night is headlined by a big light heavyweight title fight between contenders Corey Anderson and Jan Blachowicz. The winner could be the next challenger. But Reyes isn’t worried. He said nothing either one of them could do would be “more spectacular than beating Jon.”

“As a fighter, you know how the rounds go,” Reyes said. “You know exactly what happened. He knows I won. Deep down in his heart, he knows I won. Him being Jon Jones, a great martial artist himself, I feel like he would want a rematch for his own mind. Knowing that I won that fight.”