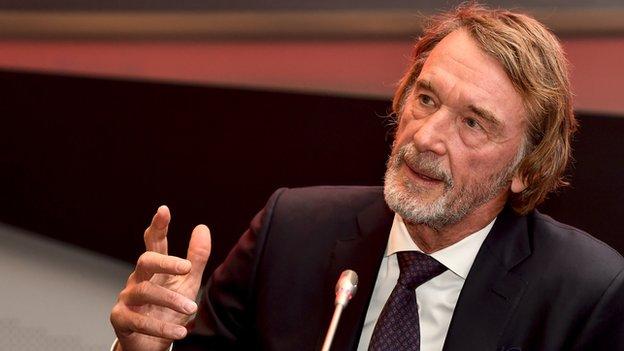 Britain’s richest man Sir Jim Ratcliffe says he has no plans to invest in a Premier League team and believes he has “enough on his plate” with his existing sports portfolio, which expanded today into Formula 1.

The billionaire’s petrochemicals firm Ineos has signed a five-year partnership with Mercedes and says the company now has “quite enough challenges”.

Ratcliffe has been linked with a bid to buy Chelsea but considers the valuations of top-flight English clubs to be “a bit silly” and appears content with focusing on French Ligue 1 side Nice, which he bought last August, and Swiss second division outfit Lausanne.

“We are very comfortable with where we are with Nice actually,” he told BBC Sport.

“It’s going quite well, it’s been quite interesting, we are still learning and it is quite a challenging league in France with some very talented players.”

In addition to Formula 1 and football, Ineos took over the former Team Sky cycling team, supported Eliud Kipchoge’s sub-two hour marathon and is behind a bold bid to win the America’s Cup next year.

Asked what he next had in mind in terms of sports investment, Ratcliffe said: “Nothing. I think that is quite sufficient at the moment, it is quite a platform.

“We will see whether they can benefit from each other in certain ways, but I think that is quite enough challenges for Ineos at the moment, honestly.”

Ineos has become principal partner of Mercedes in a deal reported to be worth £20m per year.

But Ratcliffe sought to dampen any speculation he is paving the way to take over the whole team, saying: “We have only just got the name on the car. I think that is enough for now.”

The partnership comes at a time Lewis Hamilton’s future with Mercedes is uncertain, as is that of team boss Toto Wolff.

Ratcliffe said he would be “surprised” if Hamilton left the team, with whom he has won five of his six world titles, but acknowledged that things could change.

“I think Lewis is one of the finest sportsmen ever at his trade. There aren’t many better drivers than Lewis that have ever been.

“But at the end of the day it is Toto’s job to pick his drivers. Things change.

“If I were Lewis I would be quite focused on number seven, which obviously would then equal [Michael] Schumacher, and it’s with the world’s most successful team.

“It’s obviously Lewis’ decision, not mine, but I would be surprised if he left.”