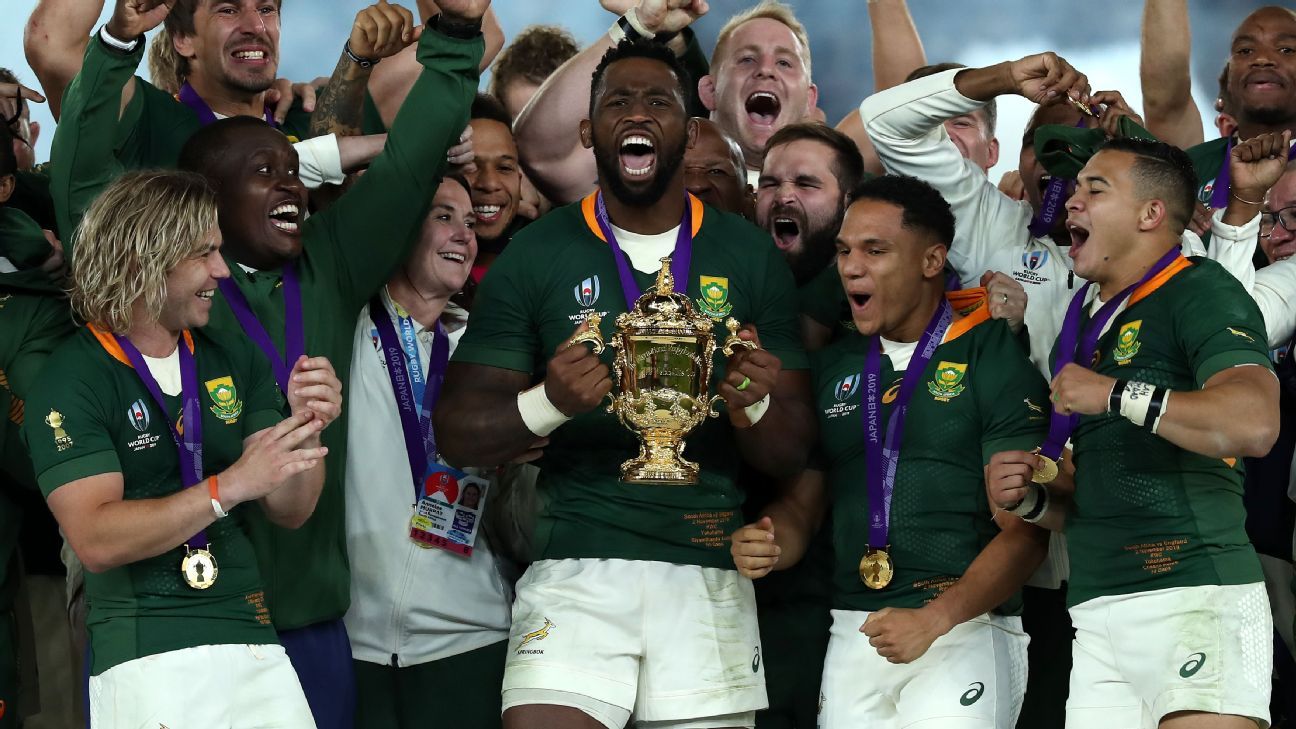 A media report that South Africa are contemplating a move away from southern hemisphere rugby’s SANZAAR alliance to join an expanded Six Nations in 2024 have been denied by New Zealand Rugby, with television agreements in place until 2025.

Britain’s Daily Mail newspaper reported on Saturday that South Africa would join the existing Six Nations countries and abandon Super Rugby and the Rugby Championship after the next World Cup in France in 2023.

The unsourced report had few details and did not take account of the fact South Africa had signed a new broadcast contract to stay in SANZAAR until 2025, something New Zealand Rugby (NZR) Chief Executive Mark Robinson confirmed on Sunday.

“Like us, they’ve signed agreements with their broadcasters through 2025 to be involved with SANZAAR,” Robinson told New Zealand’s Radio Sport on Sunday.

“Our broadcast deal … is from 2021 to 2025. South Africa are in the same space. We’re committed to the international calendar we have that we’re working through in our domestic and our cross-water competitions.

“There will be opportunities for them to review certain things within that but overall they’ve got that commitment.”

Robinson added that speculation about the realignment of the southern hemisphere game had been rife for a number of years, with South Africa in particular reported as being on the verge of joining European competitions several times.

Fiji were also reported earlier this month by British media to be pushing to joining the Six Nations.

“I think this is the third team now in the past month that there’s been reports out of the northern hemisphere that are going to join the Six Nations,” Robinson said.

“By my count they are up to nine nations at some time in the next few years which we all know is simply not feasible.”

Robinson added that South African Rugby had been involved in talks over the last week about the future of Super Rugby and the Rugby Championship, with a possible expansion to include Japan and Pacific Islands teams on the agenda.

“We’re very committed to looking at opportunities in those areas,” said Robinson.

“We were talking about ways in which we can look for emerging nations to have more opportunity to play in competitions, be that in the Rugby Championship or in a promotion/relegation sort of system.

“We’ve been very consistent on the fact that it’s the right thing for rugby in terms of growing it globally.”