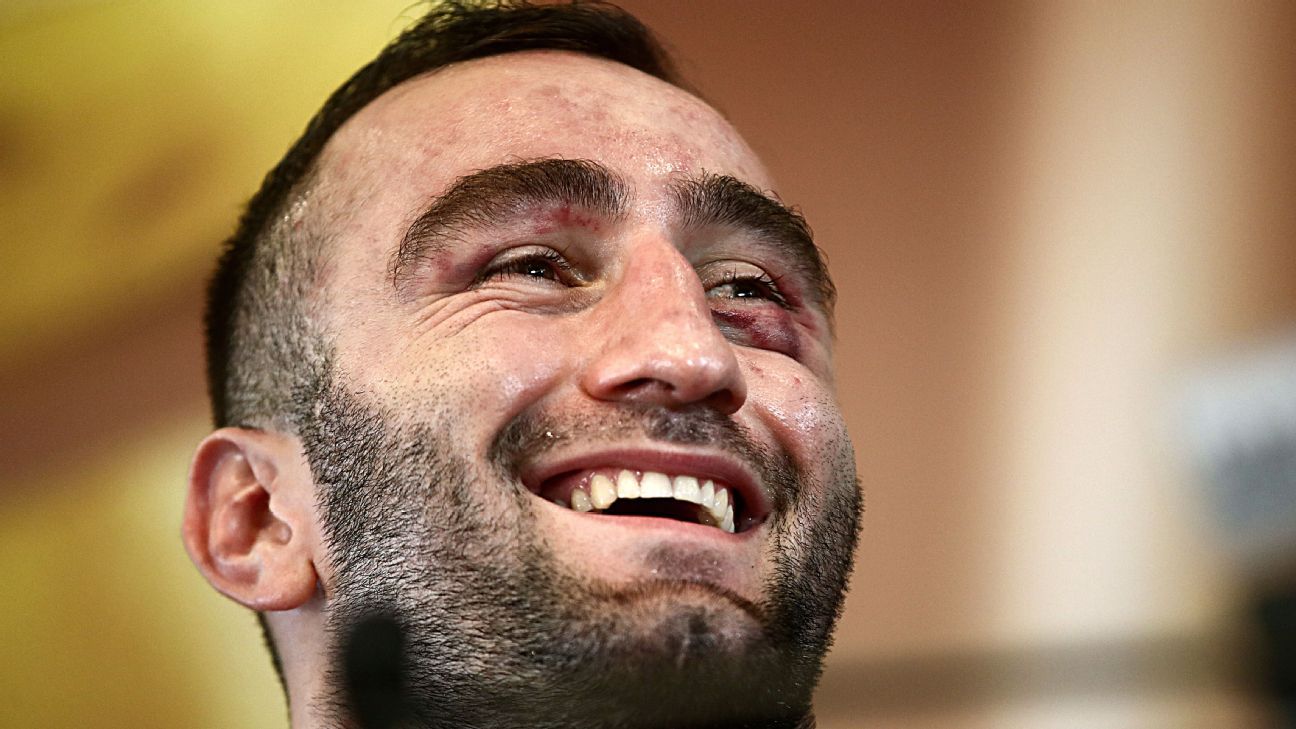 Former unified cruiserweight world titlist Murat Gassiev, who has been out of the ring because of a shoulder injury for the past 19 months, is finally set to make his return.

Gassiev, who is moving up to the heavyweight division, will take on Jerry Forrest in a 10-round bout on Feb. 29 (DAZN) on the Mikey Garcia-Jessie Vargas undercard at The Star at The Ford Center, the practice facility of the Dallas Cowboys, in Frisco, Texas, Matchroom Boxing promoter Eddie Hearn announced on Monday.

Also formally added to the card was junior middleweight Israil Madrimov, ranked No. 3 on the ESPN top boxing prospect list at the end of 2019.

Gassiev (26-1, 19 KOs), 26, of Russia, has not fought since his only loss, a lopsided decision to Oleksandr Usyk for the undisputed cruiserweight championship in final of the eight-man World Boxing Super Series tournament in July 2018. Gassiev was supposed to make his heavyweight debut against Joey Dawejko in July but his shoulder was giving him problems.

“I’m so happy to finally be able to make my debut at heavyweight,” said Gassiev, who trains in Big Bear Lake, California, under the tutelage of former trainer of the year Abel Sanchez. “It has been frustrating not being able to fight but I am ready to go now, and I want to make up for lost time.

“When I box in Frisco it will have been nearly 600 days since I’ve fought and a lot has happened in the heavyweight division over that time. I know that I can be a world champion at heavyweight but I need to show to the rest of the division that I am a serious threat, and that starts on Feb. 29.”

Forrest (26-3, 20 KOs), 31, of Lafayette, Louisiana, has won his only fight since a 10-round split decision loss to unbeaten prospect Jermaine Franklin in July.

Madrimov (4-0, 4 KOs), 24, an Uzbekistan native fighting out of Indio, California, and one of boxing’s hottest rising prospects, will face former welterweight world title challenger Charlie Navarro (29-9, 22 KOs), 40, of Venezuela, who has won four fights in a row. The fight is being sanctioned as 154-pound title elimination bout for No. 2 in the WBA’s rankings.

“I am so excited to be getting my first fight of 2020 on such a big card in Frisco,” Madrimov said. “I was so happy to watch ‘MJ’ (countryman Murodjon Akhmadaliev) beat Daniel Roman in Miami (for a unified junior featherweight world title on Jan. 30), and that win has spurred me on to join him as a world champion this year.

“Navarro is a proud and experienced fighter and I know he will be a great test for me, but this is a great night for me to showcase my talents and show the rest of the division that I am ready to win world titles.”

While former four-division world titlist Garcia will headline against former two-division titleholder Vargas in the welterweight main event, Garcia will have his promoters on hand for part of the show. Two fighters his Garcia Promotions represents have also been added to the undercard.

“It’s great to have Jesse and Leo on the Frisco card that I am headlining against Jessie Vargas,” Garcia said. “Jesse’s fight with Marco is a really tough fight for both guys and it’s a real step up for Jesse, while Leo is on a great KO run and will be a threat in the middleweight division in 2020.”