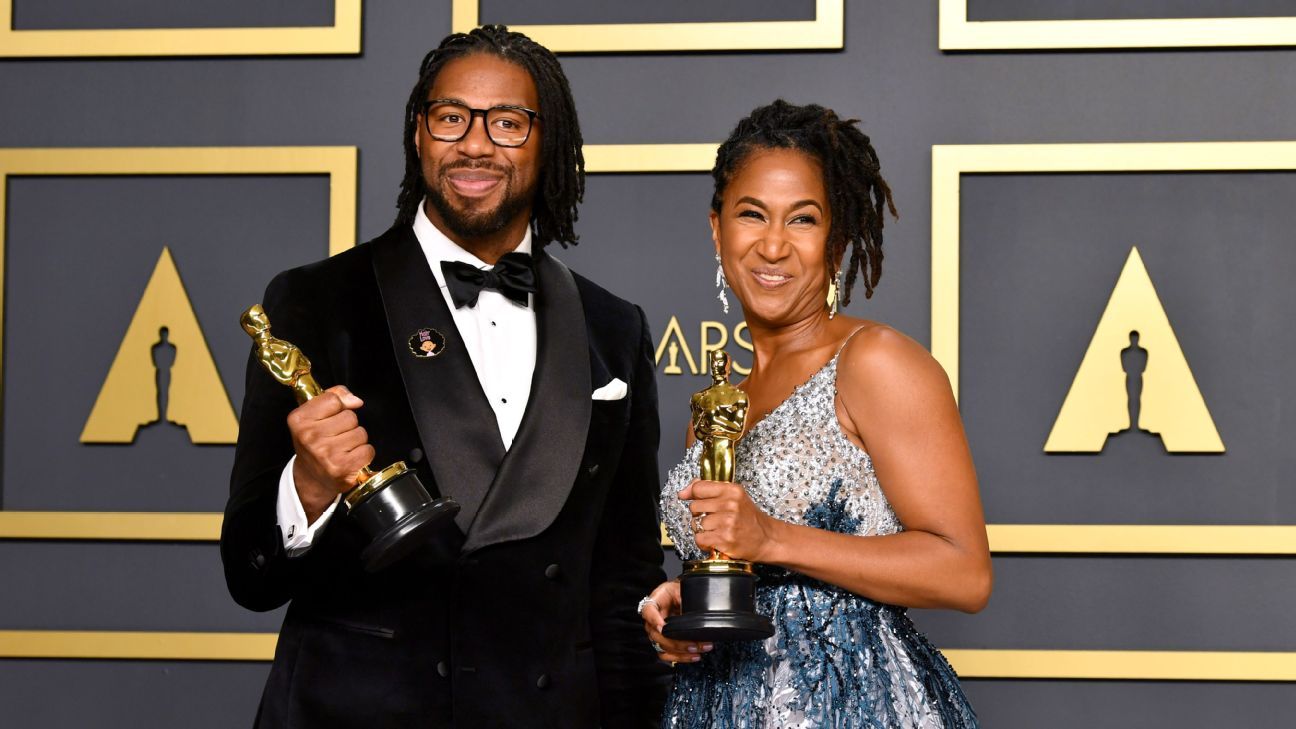 Cherry, who was a star at the University of Akron, spent about three seasons in the NFL on the practice squads and rosters of several teams before walking away in 2007. He later moved to Los Angeles to pursue his dream of working in Hollywood.

Cherry wrote and directed “Hair Love,” a seven-minute animated short that chronicles an African American father’s attempt to do his daughter’s hair for the first time.

“‘Hair Love’ was done because we wanted to see more representation in animation, and we wanted to normalize black hair,” Cherry said during his acceptance speech.

At the end of the speech, Cherry dedicated the award to Kobe Bryant.