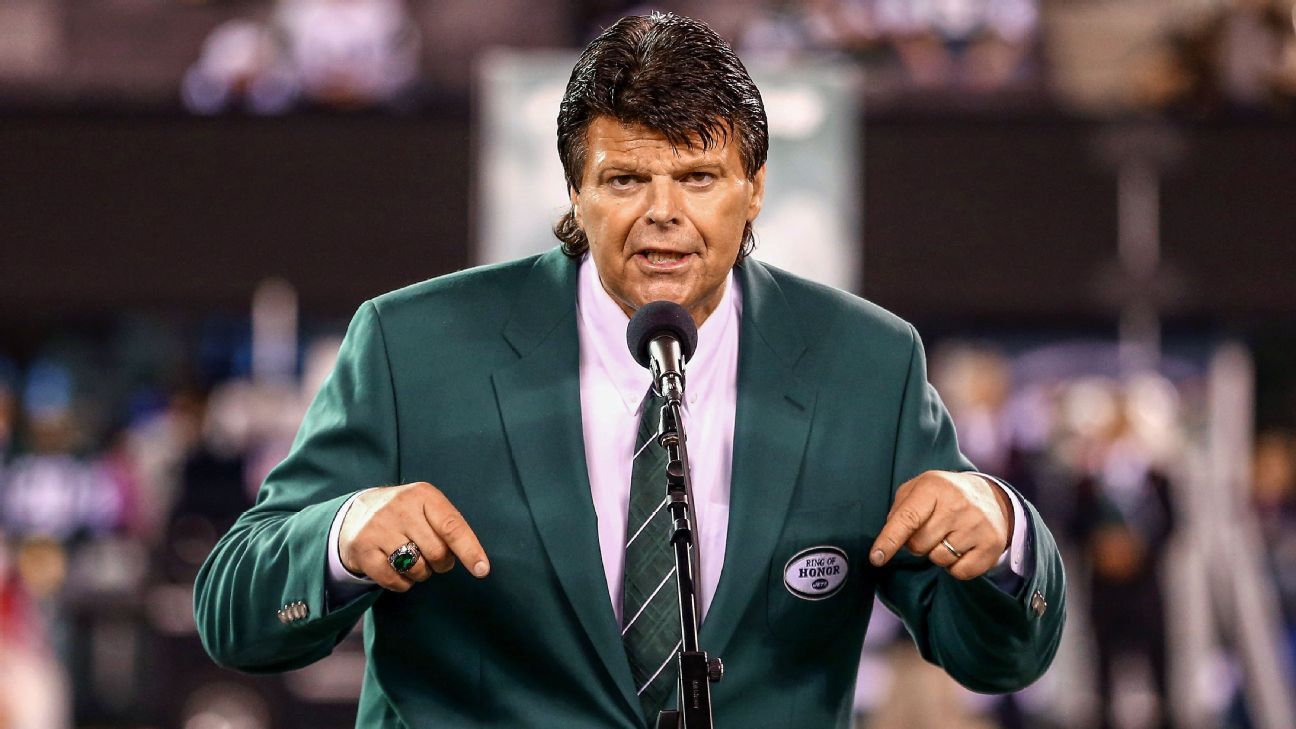 After 18 years of suppressing his true feelings, former New York Jets star pass-rusher Mark Gastineau has decided to go public with his belief that the NFL single-season sack record should belong to him, not Pro Football Hall of Famer Michael Strahan.

“It’s my record, and I want it to be known that it’s my record,” Gastineau told ESPN on Monday in a phone interview. “I’m not going to say, ‘I don’t want to hurt anybody’s feelings.’ It’s my record.”

With 22 sacks, Gastineau held the mark from 1984 to 2001. In the final game of the 2001 season, Strahan broke the record with a controversial sack of Green Bay Packers quarterback Brett Favre, whom many believe took a dive to give Strahan an easy solo sack — and a total of 22.5.

Gastineau, who was in attendance that day, congratulated Strahan on the field and never has tried to impugn the integrity of the record.

“Being nice and being a good sport, that’s good, but it’s not real,” Gastineau said. “In fact, I’m kind of a liar in a way. I feel like there’s just something wrong.

The obvious question is, why now?

Gastineau, 63, said his advancing age and a recent battle with colon cancer have changed his perspective on life.

He also said he was inspired after hearing a recent interview with disgraced former baseball star Pete Rose, who petitioned MLB commissioner Rob Manfred for reinstatement. Like Rose, Gastineau said he’s trying to get what he believes is rightfully his.

“It’s a good record and it took me a long time to get that,” he said. “It took a lot of work, a lot of work to get that record. So many years I worked my butt off to get it, and I finally got it, and it shouldn’t have been cheapened like it was. It’s like a tarnished record.”

Gastineau said he harbors no ill will toward Favre or Strahan, the former New York Giants star who has become a huge television personality.

“I just want to be recognized for the record,” Gastineau said. “You wouldn’t want your son getting a record like that. I don’t think it’s good for the NFL. It was never good for the NFL, and I’m surprised the NFL didn’t step in.”

Gastineau said he’s so frustrated that he wishes “somebody would break it clean.” Somebody almost did. The Minnesota Vikings‘ Jared Allen and the Kansas City Chiefs‘ Justin Houston tied Gastineau at 22 in 2011 and 2014, respectively.

The record has been a source of anguish for Strahan as well. In “A Football Life,” a documentary aired in 2013 by the NFL Network, he says, “The sack record is great, absolutely phenomenal, but I almost feel like in a sense it was diminished because everyone goes, ‘Oh, Brett Favre gave you a sack.’

“I caught so much flak over it … It’s not worth it because everyone looks as if one sack that they question is the defining moment of my career.” Also in that interview, Strahan says, “I love Mark Gastineau. I appreciate him.”

Favre has never addressed the sack in-depth. At the time, he said it wasn’t intentional.

Best college football seasons for hoops powerhouses
MLB Power Rankings: Who’s No. 1 heading into the postseason?
Source: Buffs to start Fr. QB McCown vs. UCLA
Why the Ravens’ Lamar Jackson is playing better than during his MVP season
Mithali Raj: ‘Jhulan would spit fire even in the nets’