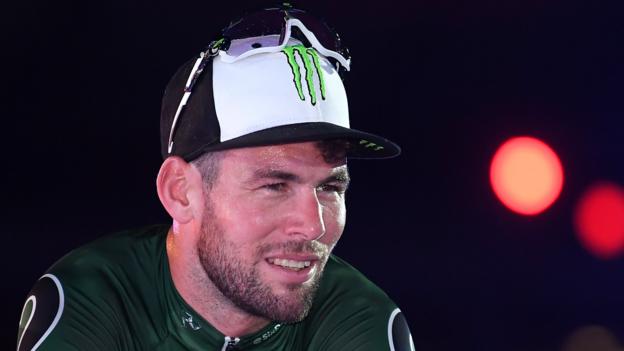 Mark Cavendish has missed out on a track spot for this summer’s Tokyo Olympics after not being named in Britain’s squad for the World Championships in Germany.

Cavendish, 34, needed to race in a World Cup event or the Track World Championships in Berlin, which run from 26 February to 1 March, to be eligible.

There will be 20 gold medals on offer across the five days in Berlin.

Cavendish had hoped to race in the madison in Japan as the event – in which he is a three-time world champion – returns to the Olympics for the first time since 2008.

The Manxman, who won omnium silver at Rio 2016, could still compete in Tokyo this summer in the road events.

Cavendish missed last year’s Tour de France after not being selected by Dimension Data but he hopes to return for the 2020 edition, where he would try to add to his tally of 30 stage wins, with new team Bahrain-McLaren.