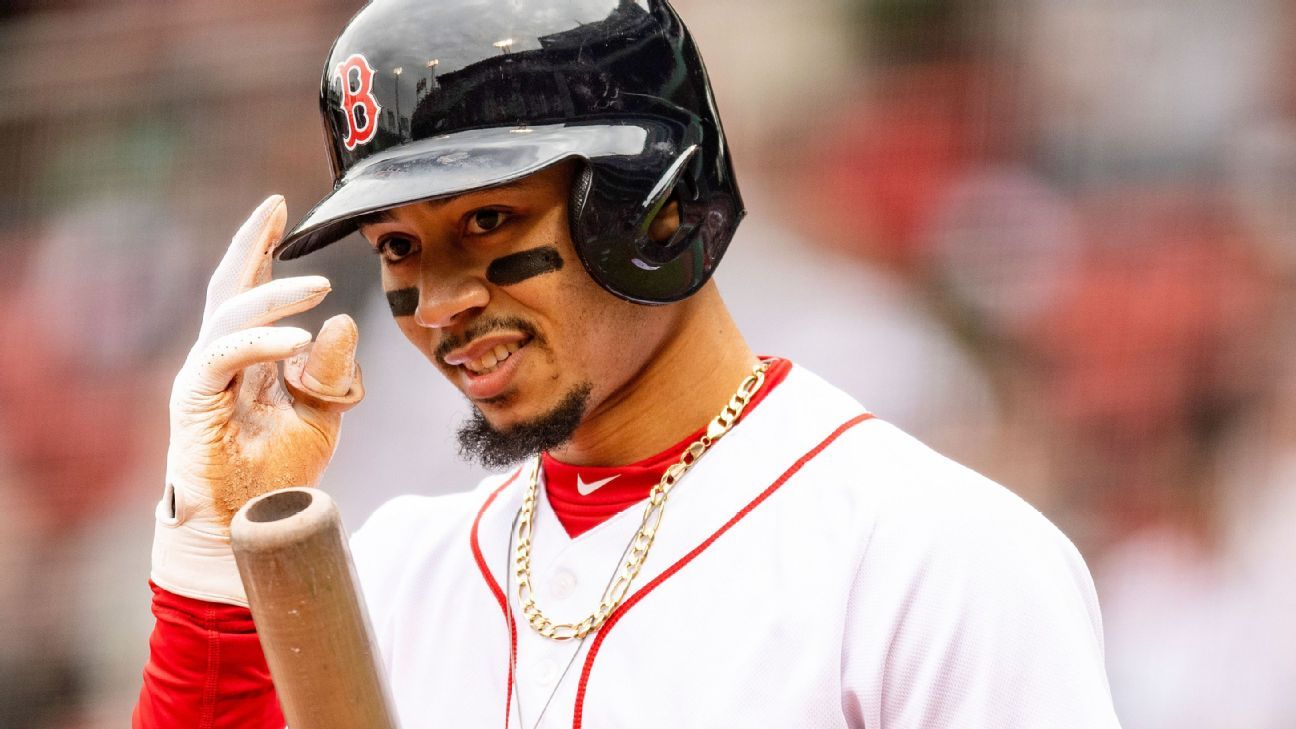 Mookie Betts is finally going to Los Angeles. Sources told ESPN’s Jeff Passan that a deal has been agreed upon to send the 2018 MVP to the Los Angeles Dodgers for a package that includes outfielder Alex Verdugo, shortstop Jeter Downs and catcher Connor Wong going to the Boston Red Sox.

A blockbuster three-team deal was agreed upon almost a week ago. Betts and starter David Price were going to the Dodgers for Verdugo and Twins pitching prospect Brusdar Graterol. Dodgers starter Kenta Maeda was headed to the Twins.

But the Red Sox, as first reported by The Athletic and confirmed by ESPN, were spooked by a medical review of Graterol, the hard-throwing 21-year-old right-hander who has undergone Tommy John surgery and missed time in 2019 with a shoulder injury.

The reworked deal still has Betts and Price going to Los Angeles. The Red Sox, sources say, have agreed to pay half of the $96 million left on Price’s deal.

In what is now a separate deal, Maeda and cash will still go to Minnesota, with Graterol, a prospect and the 67th pick in the draft headed to Los Angeles, sources confirmed to ESPN.

Major League Baseball Players Association executive director Tony Clark weighed in on the delay Friday, saying the teams needed to complete the deals or move on.

Downs is a 21-year-old infielder who split time last year between Class A and Double-A. He hit a combined .276 with 24 homers and 86 RBIs, making the leap from prospect with upside to legitimate top-100 prospect. Downs was drafted by the Reds but traded to the Dodgers in the deal that sent Yasiel Puig and Alex Wood to Cincinnati.

He is named after Yankees Hall of Famer Derek Jeter.

Wong, 23, is a utility player who was a shortstop early in college and converted to a catcher out of need, later becoming a primary catcher in pro ball after the Dodgers made him a third-round pick, although he still contributed at infield positions regularly. He also played at the Class A and Double-A levels last season, hitting .281 with 24 homers and 82 RBIs.

Throughout the winter, Boston entertained offers for Betts, whose free-agent haul following the 2020 season could exceed $400 million. Betts will make $27 million this year.

Information from ESPN’s Kiley McDaniel was used in this report.