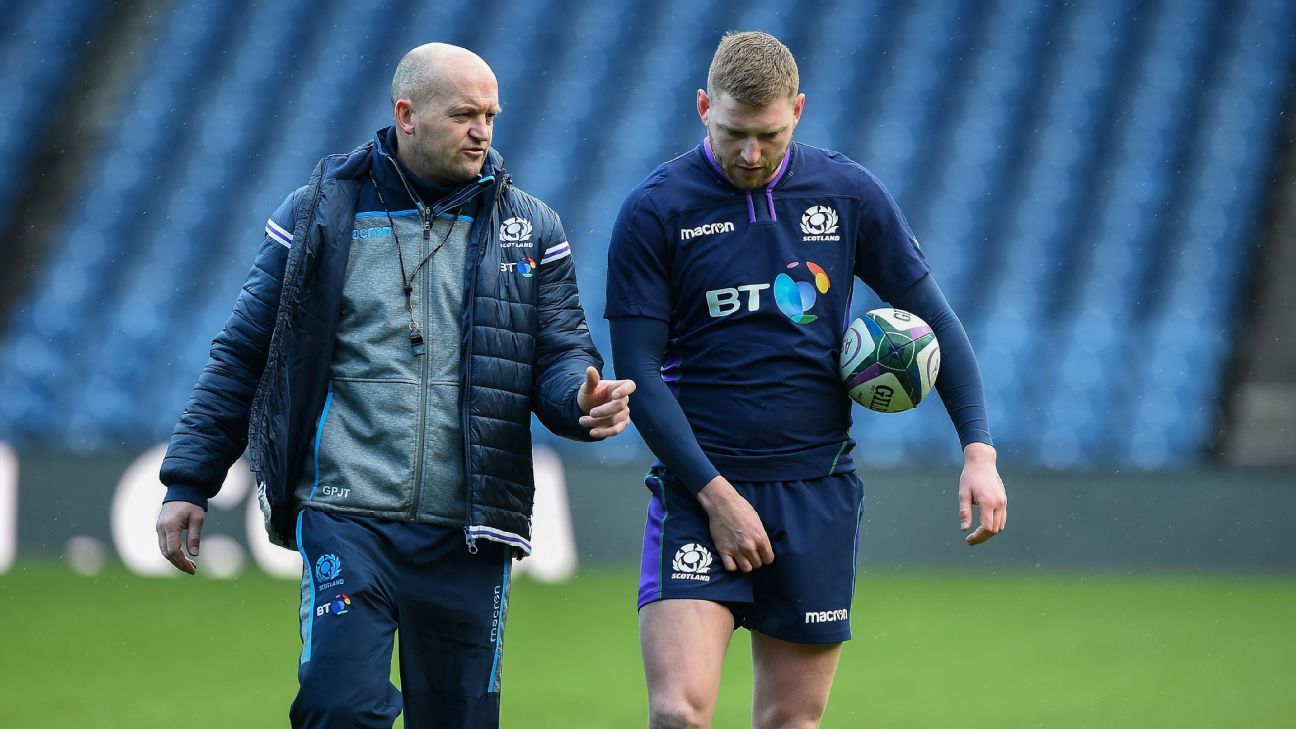 Scotland fly-half Finn Russell has suggested the prospect of him returning to the national side under head coach Gregor Townsend appears bleak due to a strained relationship between the two men.

The 27-year-old missed Scotland’s first two Six Nations games against Ireland and England, which they lost, due to disciplinary reasons with reports claiming he had breached team protocol by missing training after a night out.

Russell, who worked with Townsend at Glasgow Warriors before moving to French club Racing 92 in 2018, said his problems with the coach went deeper.

“Eight years I’ve had him as a coach and I don’t really know him at all,” Russell told the Sunday Times. “We’ve not got a personal relationship,”

Russell said he enjoyed better relationships with the staff at his club, including backs coach Mike Prendergast and head coach Laurent Travers.

“When we’re training and playing they’re my coaches but with that we can have a good, honest chat and blether away like you would with family and friends,” he added.

“They treat you like an adult. After a game, they understand it’s your time… If you start coming late for training or going out during the week, that’s when it’s a problem.

“This whole situation with Scotland has been made out to be about me wanting to have a drink when in actual fact it’s about control, respect and trust on and off the pitch.”

Russell said he had clashed with the head coach over the team environment.

“I want the best for Scotland and so I’ve questioned the environment to try and make it better. We have clashed a lot, him saying one thing and me saying another,” he added.

“It’s come to a point where I’m saying, ‘you can be you and I’m going to be me. That’s how this relationship is going to be’. Well, it’s not really a relationship.”

Russell said he had not turned his back on his country: “This is about me being honest, staying true to myself.

“I believe we need change, it needs to move in a different route. We’re tracking along a road and it’s not been working for us, and it’s especially not working for me.”