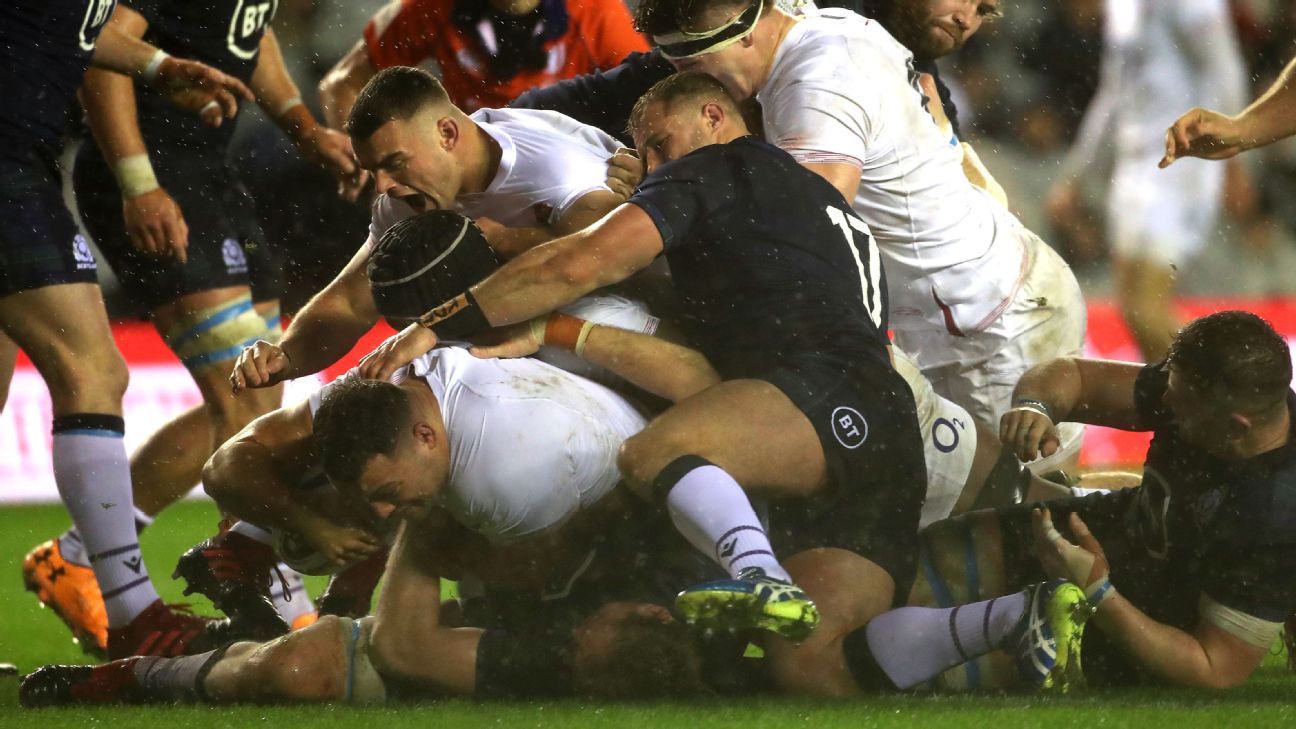 EDINBURGH, Scotland — Only Ellis Genge knows what was going through his mind as he patrolled England’s technical area waiting to come on. He was like a caged animal, but also at that stage representative of the whole match.

This Calcutta Cup match between Scotland and England at Murrayfield was a game waiting to come to life, but was left caught in a stop-start affair, robbed of rhythm and tempo. An ugly match, at times enthralling but played in near-impossible conditions as wind and rain battered the pitch. It needed a Genge-shaped catalyst. His introduction, along with the others on the bench, swung the balance in England’s favour as they took back the famous old three-handled trophy in conditions better suited to fish.

As Genge kept his head down and walked, pacing footsteps over footsteps, in the depths of his mind, it was chaos on the field. With 23 minutes remaining, Scotland and England were locked at 3-3.

There was no rhyme or reason. England were repeatedly kicking out on the full. Scotland kicked to the corner, tried hoisting it into the air, failed and then tried again.

Was it because of unimaginative gameplans? No. It was the players waiting for that elusive game-changing error. Blink first and you lose. A game of psychology.

In a game so often based on probability, angles, weighing up risk-reward and generally running into brick walls, this was a game that had everything and nothing. The posts swung in the wind, supporters tried in vain to keep their flags from whipping round their faces. The only thing that cut through were the poor-taste boos for Owen Farrell’s kicks at goal. The advertising hoardings were promoting the trains from Edinburgh Waverley back to London; by kick off, all trains had been cancelled. Storm Ciara had arrived in Edinburgh, and the rugby ball was a mere rag-doll in conditions called ‘drookit’ in this part of the world.

In any other walk of life, you’d have retreated to your home, shut the curtains, turned the heating up and crawled under a duvet. All the while the two teams attempted to put together some cohesion. And waited. And prodded. And tried again.

Then came the error and England pounced.

The defining moment in the match came in the 67th minute as Stuart Hogg carried the ball back over his own line. “I made a mistake, and it cost us,” Hogg said. From the resulting five-metre scrum, England attacked through Owen Farrell and recycled the ball to Genge who hammered over.