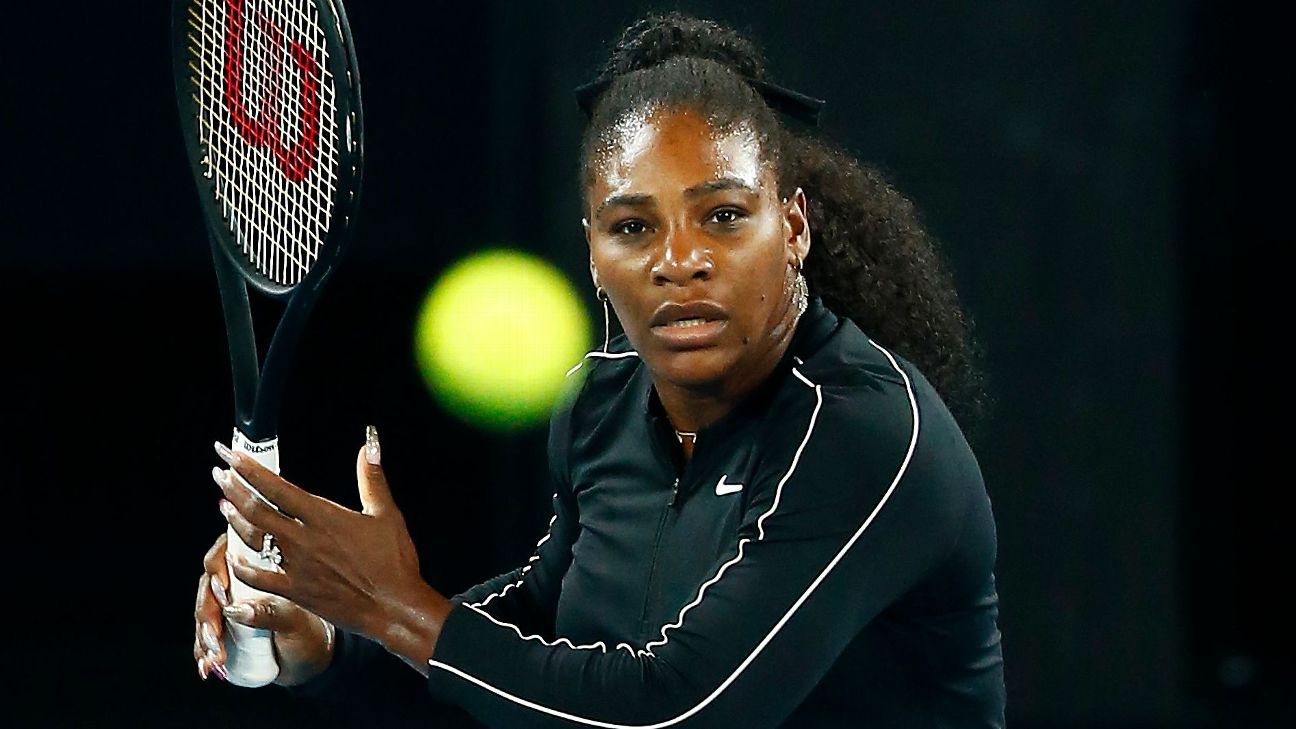 Even though she struggled for stretches Friday night, Williams remained perfect.

Williams improved to 14-0 in Fed Cup singles matches, defeating Jelena Ostapenko in straight sets to give the United States a 2-0 lead over Latvia.

Williams outlasted Ostapenko 7-6 (4), 7-6 (3) to put the U.S. on the cusp of advancing to the Fed Cup Finals in Budapest, Hungary, in April. The U.S. needs just one victory in the three scheduled matches Saturday to advance.

“I just want to be able to go out there and do well. You’re playing for your country; it’s not just for you,” Williams said.

The U.S. was given an early advantage after Australian Open champion Sofia Kenin rolled with a dominant 6-2, 6-2 win over Anastasija Sevastova in the opening match. With a 2-0 lead, the one unknown for Saturday is whether U.S. captain Kathy Rinaldi will use one of her substitutions and give Coco Gauff a chance to make her Fed Cup debut.

“Obviously, I’d love to give her an experience at Fed Cup, especially her first one, but our goal is we’re one team, one goal, and that’s to win,” Rinaldi said.

But Williams was at her best in the tiebreakers. She trailed 2-0 in both, but rallied each time. It was her first Fed Cup match since 2018, when she played doubles with her sister Venus, and her first singles match in the event since 2015.

The first match for Williams since her loss to Wang Qiang in the third round of the Australian Open was at times much harder than what Kenin faced. Some of the trouble was self-inflicted. Williams was just 48% on first serves. She finished with just six total winners that didn’t come off her serve. But Ostapenko allowed Williams to hang around, thanks to some untimely double faults and 47 unforced errors.

Williams broke Ostapenko at 5-all in the second set, but Ostapenko immediately broke back to force another tiebreaker. The key point of the tiebreaker was Williams’ forehand winner up the line for a 5-2 lead that was followed by her trademark fist-pump and scream.

Six days removed from winning her first Grand Slam tournament title, Kenin overwhelmed Sevastova using a pair of breaks in the first set, cruising to victory in just over an hour.

“I was obviously a little nervous coming in after Australia,” Kenin said. “I felt tired, but I tried to get that out of my mind and just represent and do what I do best.”

Kenin, the highest-ranked American in the world at No. 7, defeated Sevastova for the second time in a month after earning a straight-set victory last month in Brisbane.

“I used that match to help me,” Kenin said. “I studied her game really well and watched my match against her. I felt like everything was going my way.

“I came up with some really clutch shots.”

Especially in the opening set.

Kenin broke Sevastova twice in the opening set, both times coming from way behind and showing the same resolve that defined her title in Melbourne. Kenin trailed love-40 in the third game of the match, but won the next five points to take a 2-1 lead. Kenin held serve at love in the next game for a 3-1 lead

Kenin rallied from a 15-40 deficit in the next game and eventually went to deuce with Sevastova six times. On the sixth deuce, Kenin gained the advantage when her slice backhand caught the top of the net and trickled over. Kenin finally took a 4-1 lead in the set when she guessed correctly off a defensive lob. Kenin stabbed Sevastova’s overhead smash into the open court for a forehand winner.

“I felt like the momentum changed big time for me,” Kenin said.

Kenin broke Sevastova in the opening game of the second set and again to go up 4-1. She closed out the match with a forehand winner, her 26th winner of the match.