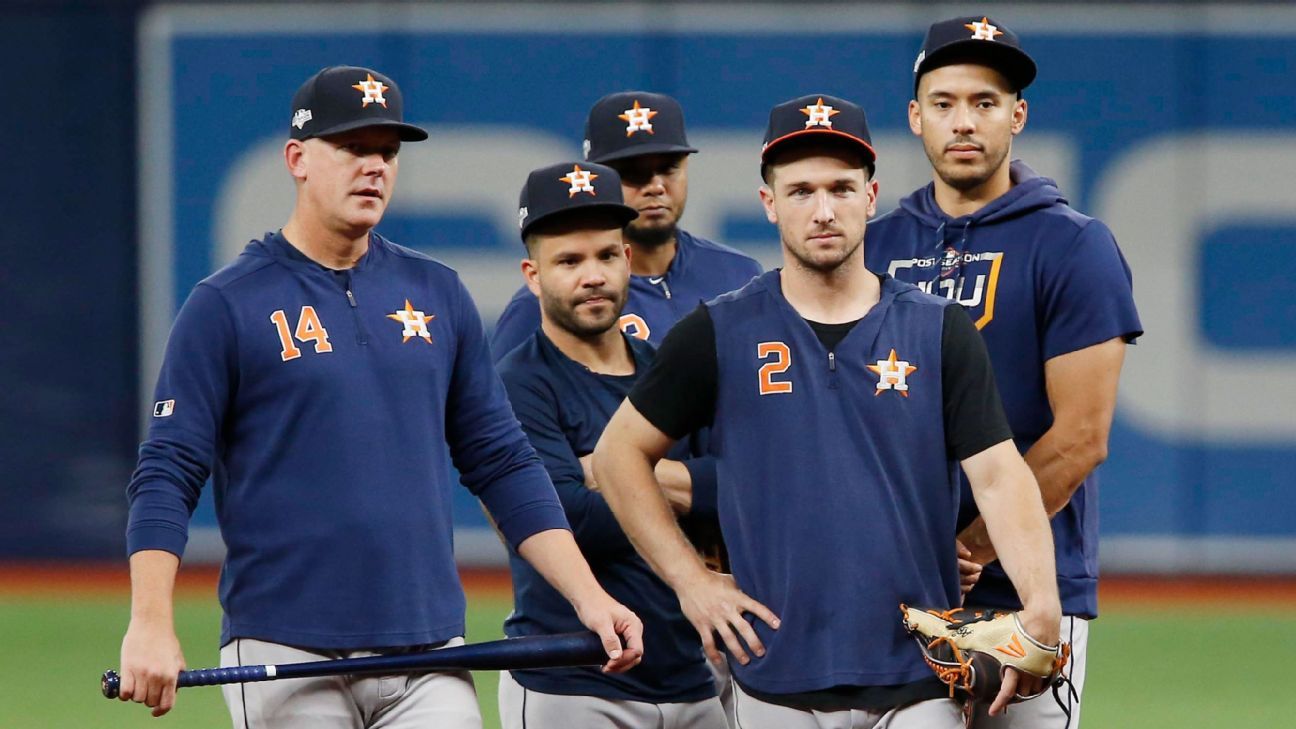 The Houston Astros‘ front office laid the groundwork for the team’s electronic sign-stealing ploys via a program dubbed “Codebreaker” that was introduced by an intern in the organization in September 2016, The Wall Street Journal reported Friday.

According to the WSJ, the Excel-based application designed to decode opposing catchers’ signs was used throughout the 2017 season and for part of 2018 by Astros baseball operations employees and video room staffers both at home and on the road.

Staffers would log the catcher’s signs and subsequent pitches into a spreadsheet and “Codebreaker” would determine how the signs related to different pitches. The information would then be communicated to the hitter by a baserunner via an intermediary.

Astros players eventually evolved the system to include banging on a trash can to warn hitters of the coming pitch.

Ex-Astros general manager Jeff Luhnow told MLB investigators that he remembers the intern’s PowerPoint slide about “Codebreaker,” but said he thought it would be used to legally decipher signs from previous games, according to the WSJ.

The former intern, Derek Vigoa, currently works as the Astros’ senior manager of team operations. Vigoa told investigators that he assumed Luhnow knew the program would be used in live games.

The team’s director of advance information, Tom Koch-Weser, also alleges Luhnow knew about the system. According to the WSJ, Koch-Weser told MLB that the former GM would occasionally go to the Astros’ video room during road games and make comments like, “You guys Codebreaking?”

Luhnow declined the WSJ’s request for comment but, according to the paper’s reporting, denied Koch-Weser’s accounts to MLB, and investigators could find no definitive proof that Luhnow knew how “Codebreaker” was being used.

Luhnow was fired by the Astros last month, shortly after MLB suspended him for one season.