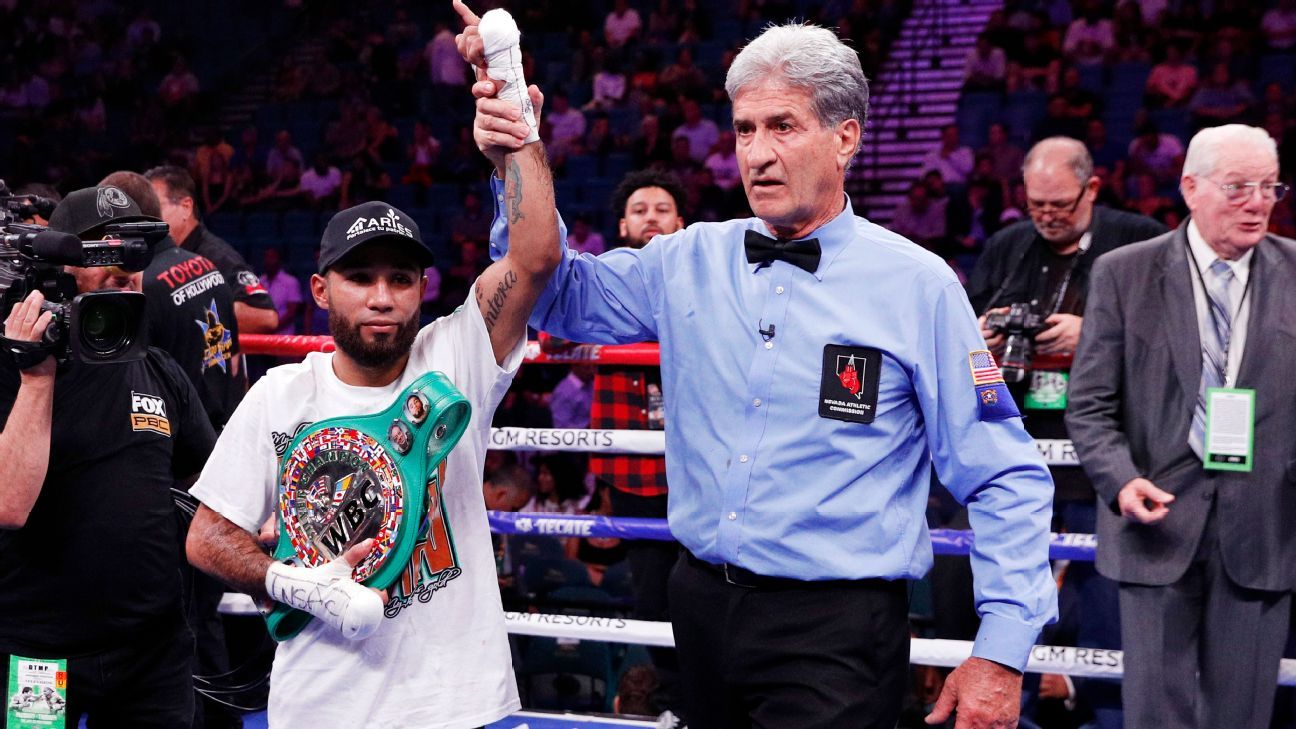 Former bantamweight world titlist Luis Nery and heavyweight contender Otto Wallin will return to the ring on the same card on March 28 at the Park Theater at the Park MGM in Las Vegas.

The heavy-handed Nery (30-0, 24 KOs), 25, of Mexico, will square off with fellow southpaw and countryman Aaron Alameda (25-0, 13 KOs), 26, in a junior featherweight world title elimination bout that will put the winner a step closer to a mandatory shot at 122-pound world titlist Rey Vargas.

Nery will be officially moving up to the junior featherweight division after having problems making the 118-pound bantamweight limit several times. Missing weight caused him to be stripped of his world title for a rematch with Shinsuke Yamanaka in Japan in March 2018.

There were other times Nery has had problems, including when he came in overweight for a fight with former bantamweight world titlist Emmanuel Rodriguez that was supposed to take place Nov. 23 on the Deontay Wilder-Luis Ortiz II undercard but was canceled because Nery missed weight.

Wallin was largely an unknown fighter until last fall, when he challenged lineal heavyweight champion Tyson Fury on Sept. 14 at T-Mobile Arena in Las Vegas and gave him one of the toughest fights of his career. Wallin ripped open two terrible cuts over Fury’s right eye and nearly stopped him before losing a grueling unanimous decision. The fight with Browne will be Wallin’s first fight since facing Fury.

Browne has a checkered past. He stopped Ruslan Chagaev in the 10th round in Russia in 2016 to claim a secondary heavyweight world title but then tested positive for the banned substance clenbuterol and was stripped of the belt, which was returned to Chagaev. Eight months later, Browne failed another drug test.

This time he tested positive for ostarine, another performance-enhancing drug, causing a fight for a vacant secondary world title against Shannon Briggs to be canceled.

In 2018, top contender Dillian Whyte knocked Browne cold in the sixth round. Browne then won three fights against sub-.500 opponents before getting stopped in the third round by England’s Dave Allen last April. Browne returned for a second-round knockout of John Hopoate in November.