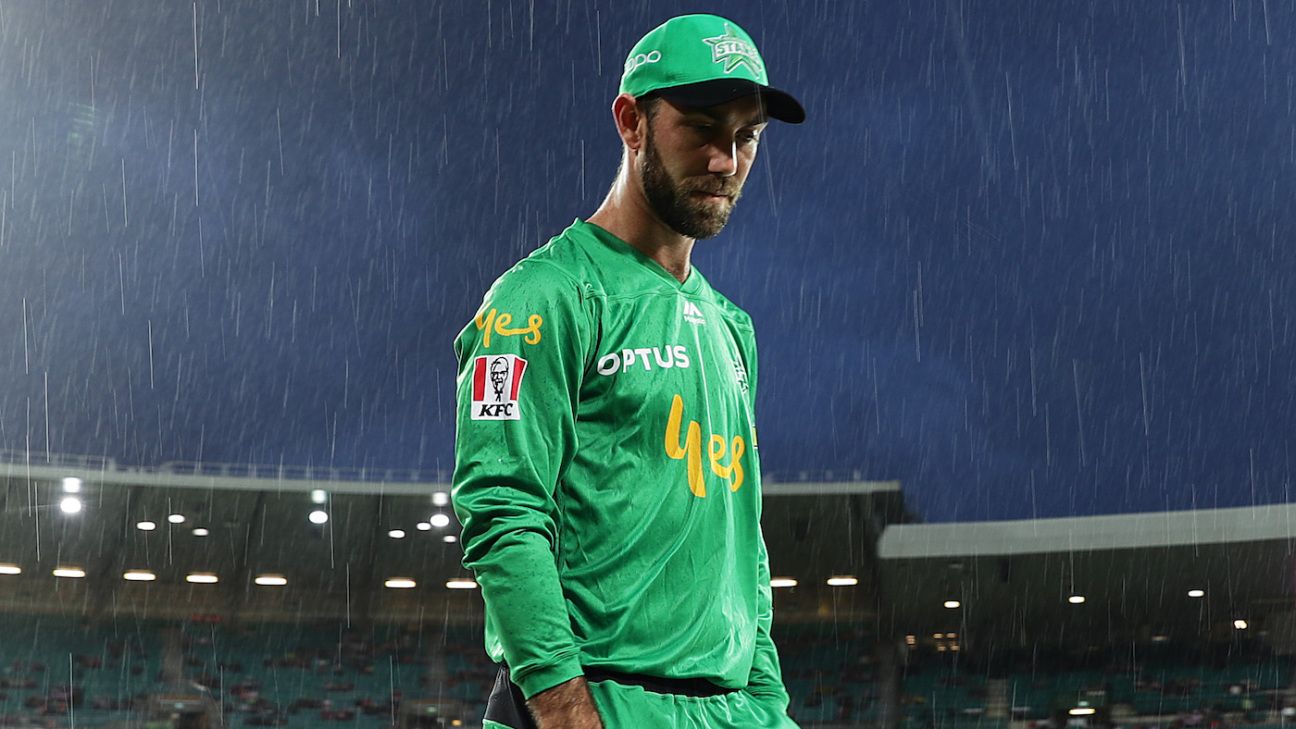 Glenn Maxwell admitted Melbourne Stars’ defeat in this year’s Big Bash final hurt more than their shock collapse against the Melbourne Renegades last season, after they had dominated for much of the regular season.

The Stars booked their spot in the final as table-toppers well before the end of the league stage, having won 10 of their first 11 matches. But they then lost their last three games heading into the Qualifier final against the Sydney Sixers, and needed the second chance that offered them to reach the final when they overturned the Sydney Thunder on Thursday to clinch a place at the SCG.

For much of the last 48 hours it appeared they would not even have a chance to claim their maiden title, but the weather cleared to allow a 12-over match only for their batting – which has been overly reliant on Maxwell and Marcus Stoinis – to come unstuck against a high-class Sixers attack as they chased 117.

“Last year was pretty tough to take,” he said, “but the fact we had such a dominant season – we played so well throughout the whole tournament and we were able to play a lot of our list and get some game time into different people – it was just such a successful season, to see different guys stand up at different times. To fall short in a game where we thought we were right in it, even at the end we had Nathan Coulter-Nile and Nick Larkin hitting the ball beautifully, we never felt out of it, even when it was 20 an over, we still backed these guys to get this, it’s hard to take.”

Although Maxwell felt they had let the Sixers, through Josh Philippe and Jordan Silk, escape a little towards the end of their innings – after a period where they had gone 26 balls without a boundary – he thought the chase was well in the Stars’ range. However, he was one of a clatter of early wickets, lbw to Steve O’Keefe, which blew their hopes away with Stoinis falling in the first over and Peter Handscomb run out.

“If we got off to a half-decent start and got going, it’s comfortably chaseable but losing three wickets in the first three overs probably hurts you,” he said. “Stoin picked out the one bloke on the fence and I got the one ball that Steve O’Keefe spins all tournament. It happens.

“I thought we bowled okay, [but] I thought we still gave them about 15 or 20 too many. Through the middle then we just leaked a bit, we just mis-executed and got Jordan Silk into the game. We take one more wicket there and it’s probably around 100 off 12 overs and quite comfortable, we don’t have to play around with the batting order too much, we could go in the way we’ve been going. But when it’s around 10-an-over, we had to probably go a bit more aggressive. Hence why I went up to three and tried to take it on.”

Maxwell also noted how the inclusion of Steven Smith and Josh Hazlewood for the Sixers, after their one-day duty with Australia, plus the availability of Nathan Lyon had boosted their side and cited the absence of Adam Zampa in the Stars’ team for a period, although in reality the two matches they lost without Zampa were when they had already qualified for the finals.

“They got all their big guns back, so it makes it hard when they’ve obviously got three high-quality international players that come into the mix,” he said. “To have those three big inclusions after the Test summer and one-dayers were finished, they’re a formidable side.”