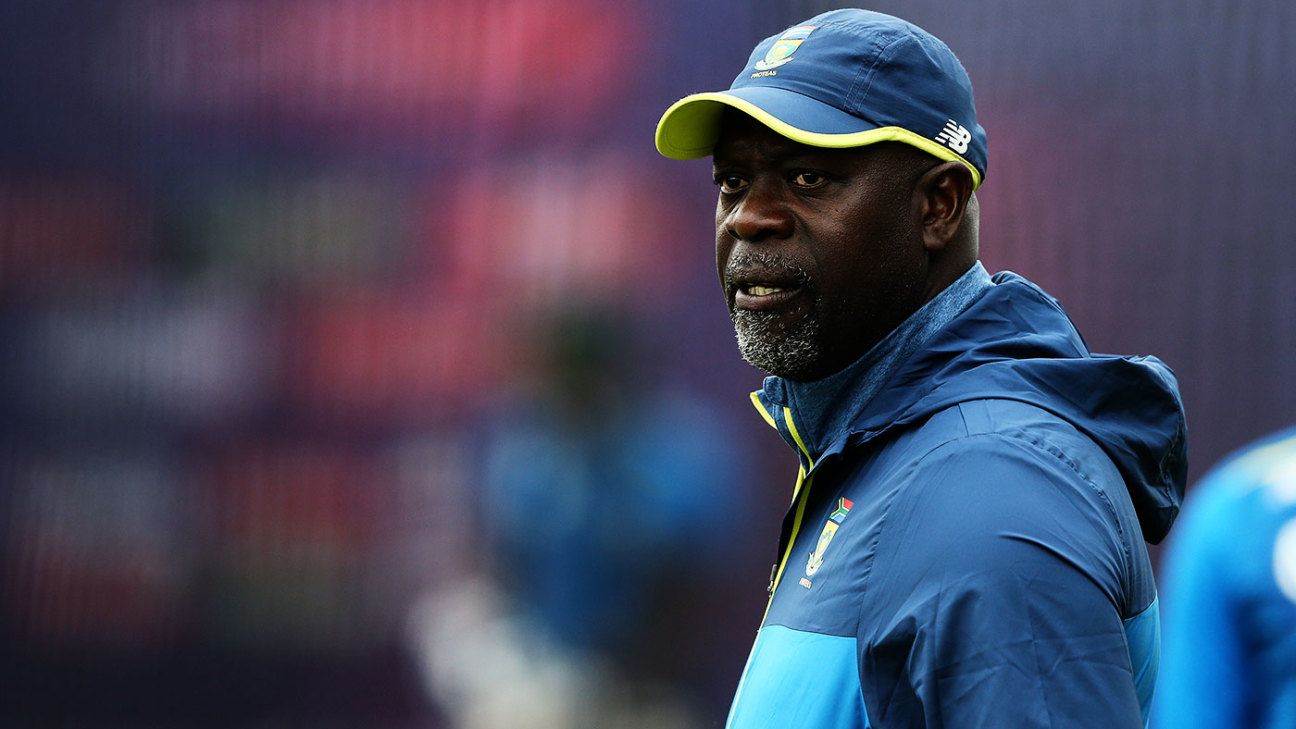 Pakistan scored at a rate of 3.89 runs per over on the second day of their first Test against Bangladesh, ending the day on 342 for 3. Their scoring rate though, also pointed at how little the Bangladesh bowlers threatened while toiling at the Rawalpindi Cricket Stadium. The lack of pace from the seamers, in particular, is something that newly appointed bowling coach Ottis Gibson will want to work on.

Historically, Bangladesh haven’t produced out-and-out fast bowlers and it’s been their spinners who have led the way. The spinners have helped them be a force at home, while the seamers have tended to cover the deficit in pace with discipline. However, that discipline was lacking on Saturday. The pitch had followed the pattern of the first day, offering help early and then going flat. It required bowlers to be patient, but Bangladesh’s bowlers weren’t consistent and rarely created opportunities.

Abu Jayed showed the most control, with 73% dot balls and two wickets. But Ebadat Hossain not only conceded 78 runs in 14.5 overs to be the most expensive bowler, he also dropped Babar Azam at mid-off when the batsman was only on 2. Azam ended the day unbeaten on 143. Rubel Hossain conceded 77 runs in 17 overs, while Taijul Islam took the heaviest workload, bowling 34 overs for 111 runs, and getting the prize wicket of Shan Masood for 100.

However, Gibson, who is on his first series with Bangladesh, gave credit to his bowlers for not giving up. “We did some good things .. we got an early wicket and we bowled well in patches but perhaps we didn’t build pressure long enough,” Gibson said. “We are behind obviously in the game we still have three days to go and still an opportunity tomorrow to come back. Learn the lessons from today, that we have to be a lot more consistent and we have to create chances, and when we do, we have to grab them. That nick that we didn’t even appeal for [off Masood when he was on 86, in the 45th over off Rubel’s bowling], and then a dropped catch that could have made a difference. So overall, it was a tough day.

“We are still in the game and we when we have the opportunity, we have to bat better in the second innings. I thought we tried hard today. We got an early wicket which encouraged us, but after that we didn’t perhaps build on that pressure we created. We let the batsmen get off to a relatively easy start, gave too many boundaries early on. But I thought that all through the day, even at the end, we tried hard and it’s not a case that we gave up. We gave Babar a chance and he punished us. Shan Masood batted very well all day .. he was solid and compact and didn’t give us much until he got out.”

Gibson’s previous experiences as a coach have been with England and South Africa, where he had several fast bowlers clocking over 140 kph. He doesn’t have the same luxury with Bangladesh, but he was happy to work with the talent available. “There is a lot to work on for sure, but generally, when you played against Bangladesh you often saw just one fast bowler, but here we have three seamers bowling which is great for us,” Gibson said. “We’ve got good seamers, but obviously we have a lot of work to do. My job at the moment is to sit and watch and understand what they are capable of doing before I jump in and start trying to change things, so I am having a really good look at them.

“There is enough talent but the guys are clearly short of pace. Most of our guys bowl between 130 and short of 138, and Abu Jayed is capable of bowling 140. But conditions also plays a part in the psyche of a fast bowler .. these guys grew up bowling on flat pitches in Bangladesh. One of the things we are trying to do is encourage them even if we can take them outside Bangladesh for camps, so that they can see the ball flying through like everywhere else in the world.”

There was some lateral movement, but during the day, bowlers hardly pushed batsmen on the back foot, and didn’t beat the bat or hit the pads very often either.

“I think you would have seen today the ball’s movement and that’s the one skill we have so we can make the ball swing, move it in the air and off the pitch but we just lacked a little bit of pace and physicality. That is there genetically so nothing we can do about that, but if a guy can bowl 130 and have other skills like we saw in some of our bowlers then it’s okay. But when we go away from home, that is where our challenges are which come where the wicket is flat .. in my opinion it’s a very flat pitch here. We should have made more runs yesterday and we could have bowled better today.”