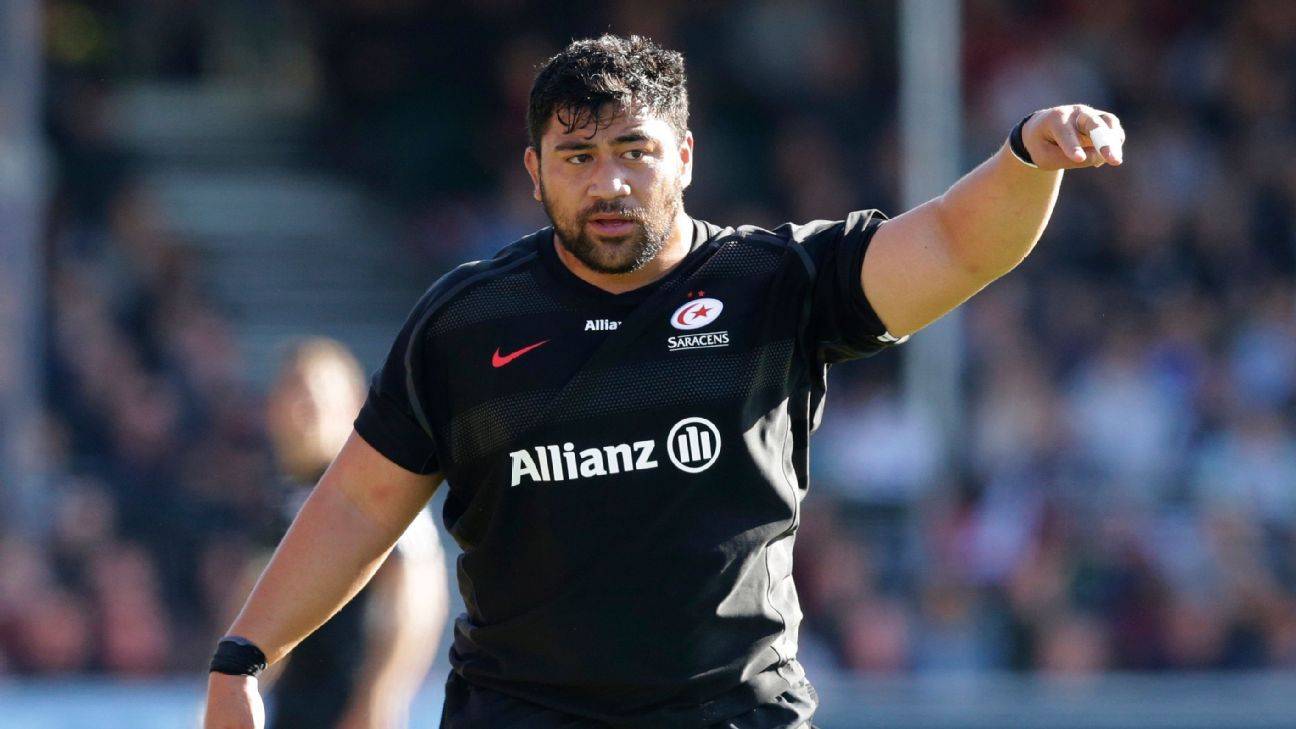 Saracens face the prospect of being ejected from this season’s Champions Cup after the club said they may have fielded an ineligible player against Racing 92.

Saracens are already enduring a nightmare season, having confirmed last month they will be relegated from the Premiership at the end of the term for breaching the league’s salary cap.

The club informed governing body European Premier Club Rugby (EPCR) that replacement prop Titi Lamositele’s appearance in the pool-stage victory over Racing 92 on Jan. 19 came one day after his work permit had expired. As a result, the United States international may be retrospectively ruled ineligible.

The 24-year-old came on in the sixth-round fixture to help Saracens defeat the French side 27-24, and the win ensured the English club a quarterfinal spot in the Champions Cup — a rematch of last season’s final against Leinster.

EPCR said in a statement: “Following an investigation, EPCR has decided to bring a misconduct complaint against Saracens, arising from the club’s Heineken Champions Cup round six match against Racing 92 on Sunday Jan. 19.

“EPCR was informed by Saracens earlier this week that their player, Titi Lamositele, who was named in the matchday squad for the fixture at Allianz Park and who came on to the field of play as a replacement in the 60th minute, may have been ineligible due an inadvertent administrative error on behalf of the club.

“Lamositele was eligible at the time the Saracens matchday squad was announced, however, the club has indicated to EPCR that the player’s work permit expired on Saturday Jan 18., the day before the fixture against Racing 92, and this may have constituted a breach of the Disciplinary Rules of the 2019/20 EPCR Participation Agreement.”

A hearing is due to take place in London on Friday, and the investigation could have a greater impact on this season’s Champions Cup, with any alteration to the result between Saracens and Racing 92 potentially affecting the latter’s seeding ahead of their quarterfinal clash with Clermont Auvergne.

Lamositele has been named as a starter in Saracens’ Premiership Rugby Cup semifinal against Sale Sharks on Friday, which will take place during EPCR’s hearing.