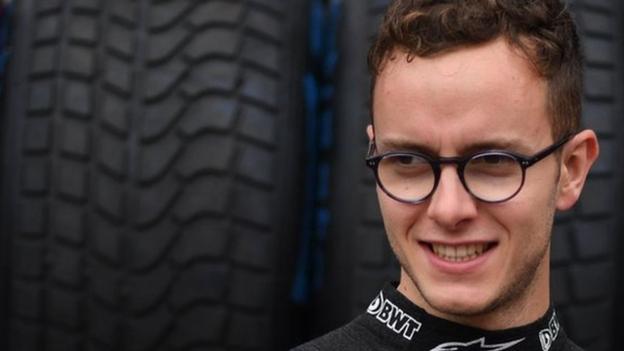 The death of Anthoine Hubert at last year’s Belgian Grand Prix had no single cause and no-one was to blame, the official report says.

Hubert was killed in a multi-car accident at the start of the Formula 2 race at Spa-Francorchamps on 31 August.

The report by governing body the FIA says Hubert was killed by a “non-survivable trauma” caused by the “extremely high level of energy transferred and dissipated”.

It concludes that none of the four drivers or officials involved acted inappropriately.

The Frenchman was subject to three impacts, the first with the barrier on the exit of the high-speed Raidillon corner, which he hit at 216km/h, generating a peak force of 33.7G; the second when he was hit by the car of American Juan Manuel Correa, which was a force of 81.8G; the third time when the impact with Correa sent him into the barrier again.

The FIA’s findings were that:

The report, pulled together from video and physical evidence and data from the cars’ telemetry, detailed the events that led up to the fatal impact between Hubert and Correa.

The FIA said the conclusions from the accident would be “integrated into the ongoing work to further develop motorsport safety”.