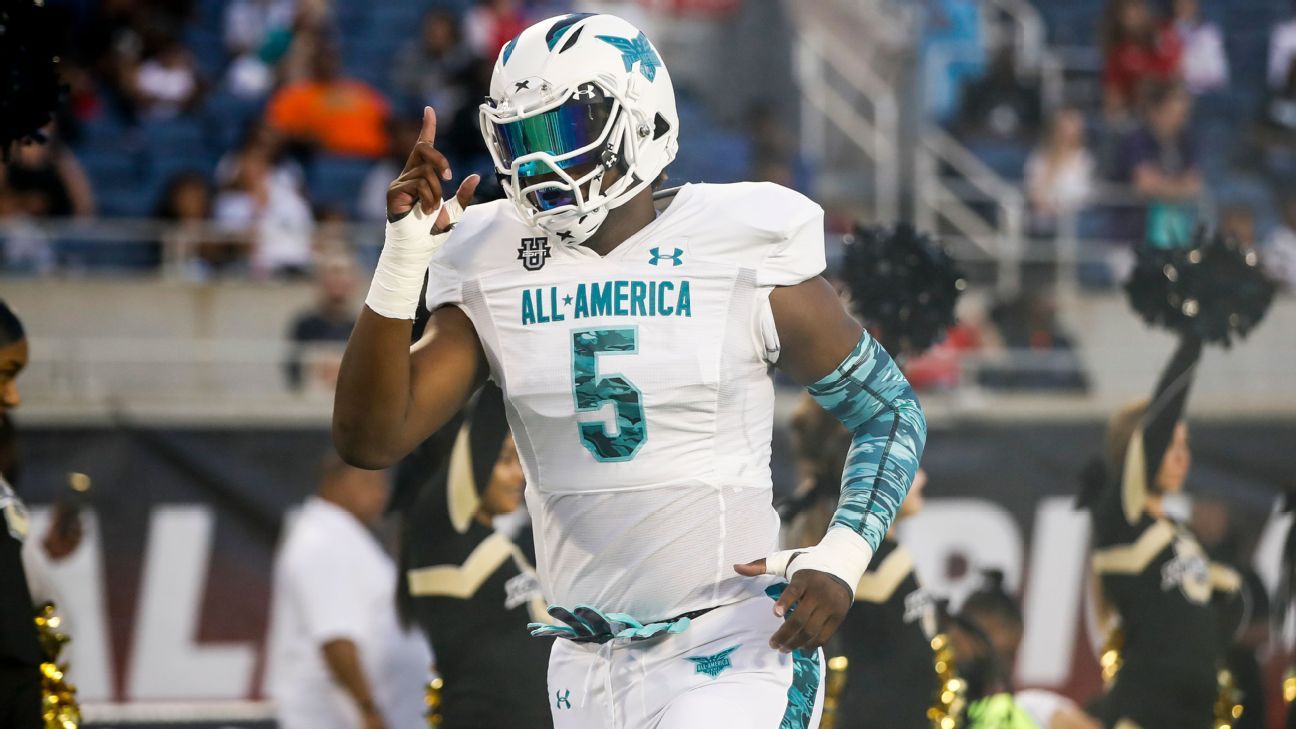 South Carolina announced the signing of five-star defensive end Jordan Burch on Thursday. After not submitting his national letter of intent on Wednesday, Burch is now officially part of the Gamecocks’ 2020 class.

Burch, ranked No. 4 in the ESPN 300, announced his commitment to the Gamecocks in December but never signed in the early signing period. He said he wanted to wait until February to sign with his teammates.

Burch held to that statement but took a visit to LSU late in the process and entertained interest from the Tigers. He participated in his high school’s signing day news conference with his teammates but made some cryptic comments at the event.

Rather than specifically reaffirm his commitment to South Carolina, Burch said he would be spending the next three to four years with his friends. He and his mother both signed a piece of paper but quickly turned it over so no one could see it and declined interviews after the school’s news conference.

The Columbia, South Carolina, native did not send in his national letter of intent Wednesday, sparking rumors and questions about his intentions to join South Carolina.

That has all been laid to rest, however, as he is officially signed with the Gamecocks. Burch is the highest-ranked commit South Carolina has had since Jadeveon Clowney, the No. 1-ranked recruit in the 2011 class.