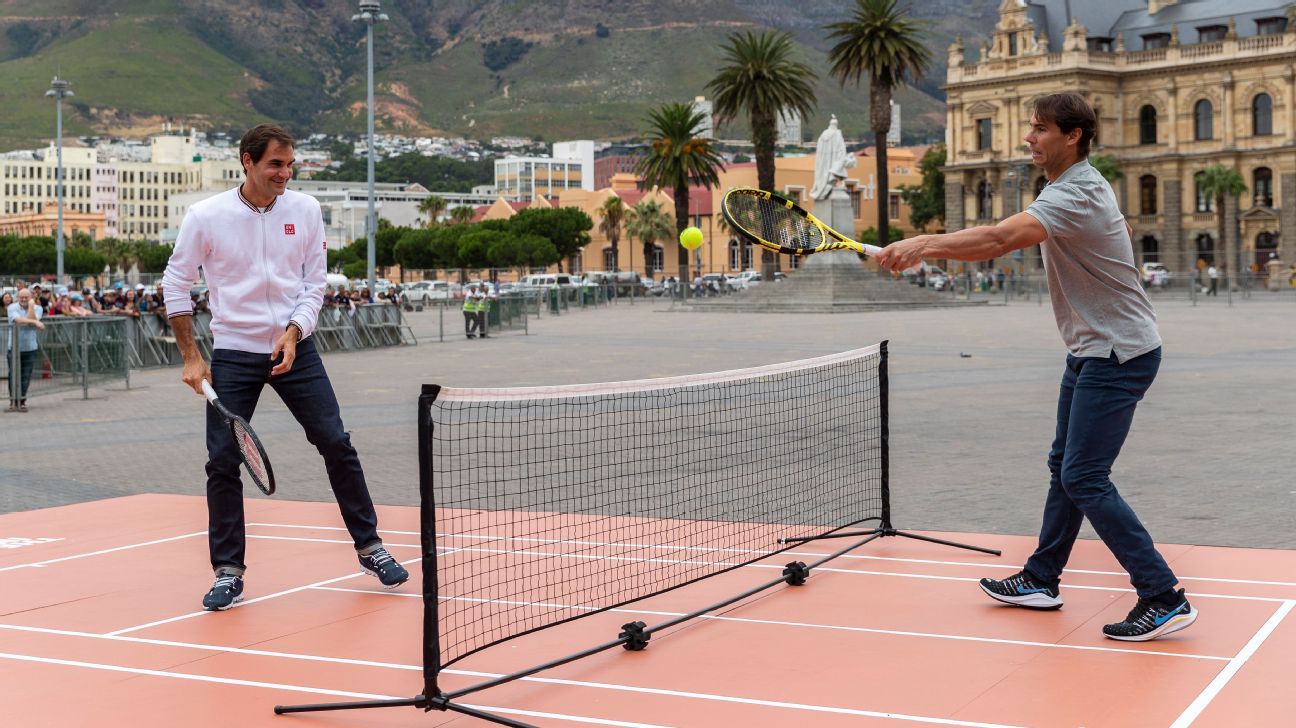 Roger Federer and Rafael Nadal faced each other again on the tennis court, and this time, it was for a cause important to both players.

The tennis stars took part in an exhibition match Friday, Feb. 7, 2020, in Cape Town, South Africa – billed Match in Africa 6 — to raise money for the Roger Federer Foundation, which supports early childhood education in six southern African countries, including South Africa. The foundation was hoping to top $1 million from the exhibition. It raised $3.5 million.

Before the main match, Federer and Microsoft co-founder and philanthropist Bill Gates teamed up to beat Nadal and “The Daily Show” host Trevor Noah 6-3 in a one-set doubles exhibition. Federer went on to beat his great rival Nadal, 6-4, 3-6, 6-3, in the marquee three-set exhibition.

Here is how you can watch a replay of Friday’s event:

Roger Federer surprises a ball girl with a chance to play a point in front of the record-breaking crowd at Cape Town Stadium.

Roger Federer has a little fun with Trevor Noah and shares that Rafael Nadal might be better than him at trick shots.

Federer and Nadal in Cape Town

Before hitting the tennis court at Cape Town Stadium, Roger Federer toured schools across Africa before joining Nadal in Cape Town for promotional events and sessions with local children:

Fast forward to Friday, as the two tennis greats capped a whirlwind tour of Cape Town: