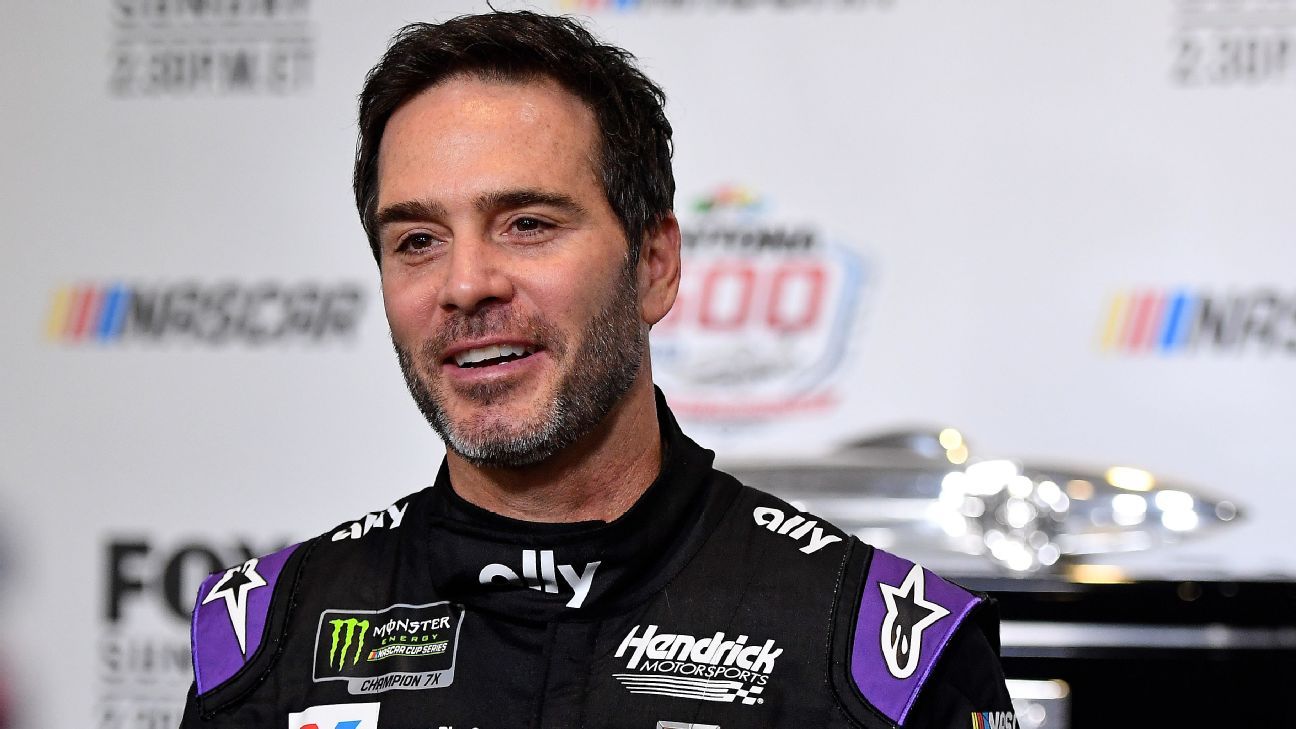 DAYTONA BEACH, Fla. — Jimmie Johnson has been chasing NASCAR history for so long that his relentless pursuit of rewriting the record books has become part of his legacy.

Johnson, tied with Richard Petty and Dale Earnhardt with seven Cup Series titles, has been racing for sole possession of the record since 2017. He made a hashtag for his social media posts — #Chasing8 — and his push to make history has never wavered.

But as he heads into his 19th and final full season in stock car racing, Johnson has dropped the motto. He would love to close his full-time career with a record eighth title, but the 44-year-old Californian said he would rather remove self-inflicted pressure and enjoy his final season in the No. 48 Chevrolet.

His new motto will be “One Final Time,” and it begins Saturday with practice at Daytona International Speedway. The season-opening Daytona 500, a race Johnson has won twice, is Feb. 16.

“Through reflecting back since I made the [November retirement] announcement, it just kind of dawned on me — the more I thought about it, I never chased anything,” Johnson said. “One final time just felt like the correct thing to say, and now we’ve struck the chasing eight from everything and one final time just fits well.”

It’s been a bumpy ride for Johnson since winning his seventh title. Hendrick Motorsports stalwarts Jeff Gordon and Dale Earnhardt Jr. retired, leaving Johnson as the veteran on a team of 20-somethings. Chevrolet was not competitive with the Camaro it rolled out two years ago, a setback for Johnson and an organization in a rebuild.

The slide was gradual — Johnson won three races in 2017 — but now the winningest driver of his era is in a full slump. He has gone two full seasons without a win, missed the playoffs last year for the first time and had a pair of crew chief changes.

“It was definitely frustrating [not making the playoffs]. I was angry, embarrassed, all of those things,” Johnson said. “One thing that helped me with all of it is it didn’t happen at once. I knew in my heart of hearts, it was months prior to that where the real opportunity lied and where we missed it.”

Team owner Rick Hendrick hired Chad Knaus in 2001 when he launched the 48 team to be built around Johnson, and the driver and crew chief were together for all seven championships and 17 seasons. Then Hendrick made a change before last year, moving Knaus to William Byron‘s team; his replacement didn’t work out, and Johnson was given Cliff Daniels midseason.

Daniels has helped Johnson relax and believes the team is headed in the right direction. In fact, the pairing was the catalyst in Johnson deciding to make 2020 his final year. He knew all of last year that he needed to make a decision on contract talks with Hendrick, and it weighed on Johnson until Daniels arrived and changed the mindset of a struggling driver.

“I was thinking about it pretty hard through the course of the year, knowing I was going to have to talk to Rick about a contract extension. I started feeling less likely to come back when I started working with Cliff,” Johnson said. “When I sat Cliff down to talk to him, I wasn’t sure how he was going to react to that. But the peace he brought me and the leadership he has for our race team and where I know our team is going really helped me identify with 2020 as probably my best chance to win a championship.”

Johnson said he is encouraged by an updated Camaro that Chevrolet will use starting this weekend, as well as a second year adapting to NASCAR’s new rules package.

NASCAR next year will move to an entirely new car, and Johnson indicated he was leery of going through another overhaul. He wants to enjoy life with his two daughters, and pick and choose the kinds of races he competes in going forward, including giving IndyCar a try on a road or street course.

“In my own head, I’m not done yet, and I don’t want to get to a point where I’m pissed off going to the track and don’t want to be there,” Johnson said. “I want to give 100%, and through reflection, I know I can do that in 2020, knowing what I can give and what level I want to give it. It just feels right.”