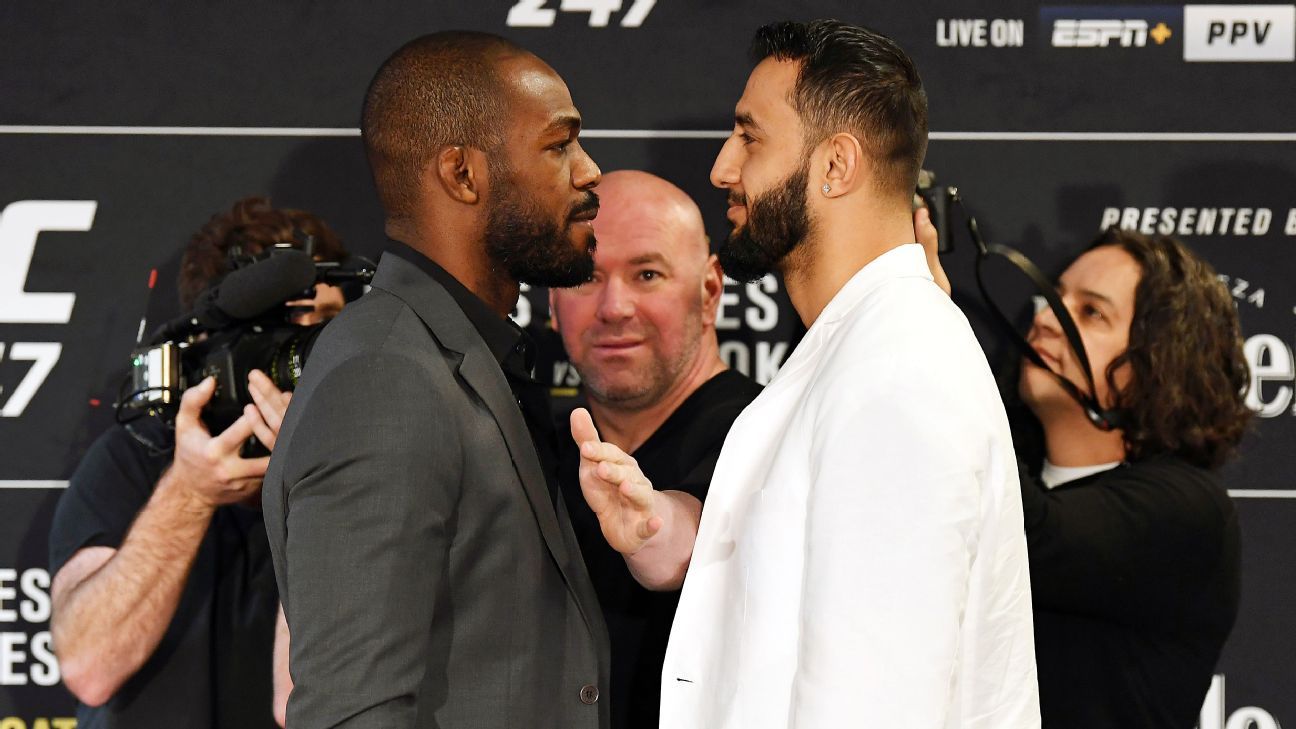 Before getting on the scale, Jones said he had a relatively easy weight cut with just 20 minutes in a steam room needed. Jones wore a camo-style military hat on the scale, in honor of “men and women in the armed forces,” he said.

“Shout out to you guys — every branch,” Jones said. “I love you guys.”

Reyes weighed in with just 13 minutes left in the two-hour weigh-in window, but without issue.

In the UFC record books, Jones is currently tied with Georges St-Pierre in title fight wins (13) and he can break that tie this weekend. A victory over Reyes would give Jones 11 title defenses, tying Demetrious Johnson‘s UFC record.

Jones (25-1, 1 NC) has never truly been beaten in the cage. His lone career loss came via disqualification in 2009. The New Mexico resident carries several more UFC records into this bout, including consecutive light heavyweight title defenses (8) and most consecutive light heavyweight title bouts (14). Jones, 32, is unbeaten in 17 straight fights.

Reyes (12-0) has won all six of his UFC fights, including four finishes. The California native is coming off a first-round knockout win over former middleweight champion Chris Weidman. Reyes, 30, is a former college football player at Stony Brook University.

In the co-main event, Valentina Shevchenko defends her women’s flyweight title against Katlyn Chookagian. Shevchenko weighed in successfully at 124.5, while Chookagian hit the mark also at 124.5. Shevchenko (18-3) has won four straight, has two title defenses, and has lost only once in her UFC career to featherweight and bantamweight champion Amanda Nunes. Chookagian (13-2) has won five of six.

Every other fighter on the UFC 247 card made weight successfully.