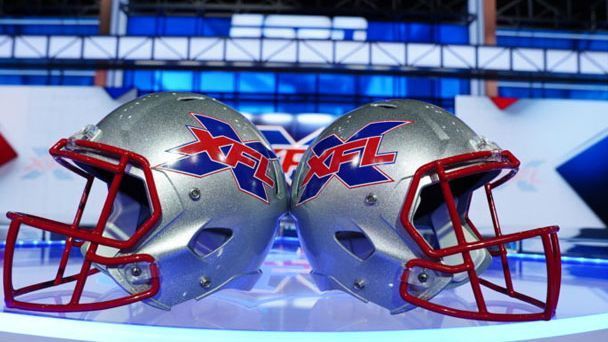 The XFL launches Saturday and will showcase a heavy emphasis on sports betting. In fact, some of the new rules were built with the engagement of the sports betting fan in mind, and wagering will be front and center during the games.

“For a lot of our fans, free-to-play gaming, fantasy and legal sports betting have become [as] essential to the football experience as the helmet, ball and jersey,” XFL president Jeffrey Pollack said.

Let’s take a deeper look at the role of sports betting in the upcoming XFL season.

Where can you bet the XFL?

All major sportsbooks, including Caesars Sportsbook, will have lines up for every game during the XFL season. Week 1 lines have been posted since last week and feature the DC Defenders (-8 vs. Seattle Dragons), Houston Roughnecks (-6 vs. Los Angeles Wildcats), Tampa Bay Vipers (-2.5 at New York Guardians) and Dallas Renegades (-9.5 vs. St. Louis BattleHawks) as favorites.

The following states have authorized XFL betting markets ahead of the inaugural season: New Jersey, Pennsylvania, Indiana, Rhode Island, Iowa and Nevada. More states may allow it as the season gets underway. Notably, many states and sportsbooks did not begin offering lines on last spring’s Alliance of American Football (AAF) season until after Week 1.

What can you bet on?

Point spreads, odds to win the championship and season win totals, just like in the NFL, are up at most sportsbooks. In addition, totals on individual games will be offered on a weekly basis, and the plan is to offer player props once the season gets underway.

How will betting on the XFL differ from NFL betting?

Betting limits will vary from book to book but will be lower than the limits for a typical NFL game. Bettors should expect lines to move quickly and significantly as oddsmakers look to gauge the new rules and the betting patterns.

How will the new rules factor into betting?

The XFL’s new rules were designed to speed up the game, and that will likely have a direct impact on betting and scoring. According to league officials, XFL preseason games averaged 163 to 167 total plays per game. NFL games averaged 126.8 offensive snaps per game this season. In theory, this could mean more scoring.

Steve Levy discusses the XFL’s overtime rule, where it’s a five-round shootout, teams alternate plays and each conversion is worth two points.

How else will the rules impact betting?

Glad you asked. In the XFL, you can elect to go for one point (a play run from the 2-yard line), two points (from the 5) or three points (from the 10) after each touchdown. This will make the standard key betting numbers of 3 and 7 likely irrelevant and open up a whole new angle to betting.

In addition, overtime will consist of each team getting five one-play possessions to attempt to score from the 5-yard line and will continue until a team is mathematically eliminated. This means that if a game has a point spread of 6 or less, it will always be in play in the OT.

Is the XFL on top of things bettors want and need, like injury reports?

Yes, this is where things will differ from the AAF, which supplied very limited information. Through surveys, the XFL identified what fans wanted to be more engaged in games. According to league officials, the XFL’s injury reporting will closely replicate the NFL’s, using similar nomenclature in practice reports like “limited participation,” and will be updated throughout the week.

What else do I need to know about how the XFL will embrace sports betting?

ESPN and ABC plan to incorporate betting lines into their on-screen scoreboards and more freely discuss those lines during broadcasts. This is vastly different from the NFL, which does not allow on-screen graphics regarding sports betting or in-game mentions of it. Every XFL game in 2020 will be televised by ABC, ESPN, Fox or FS1. The full schedule can be found here.