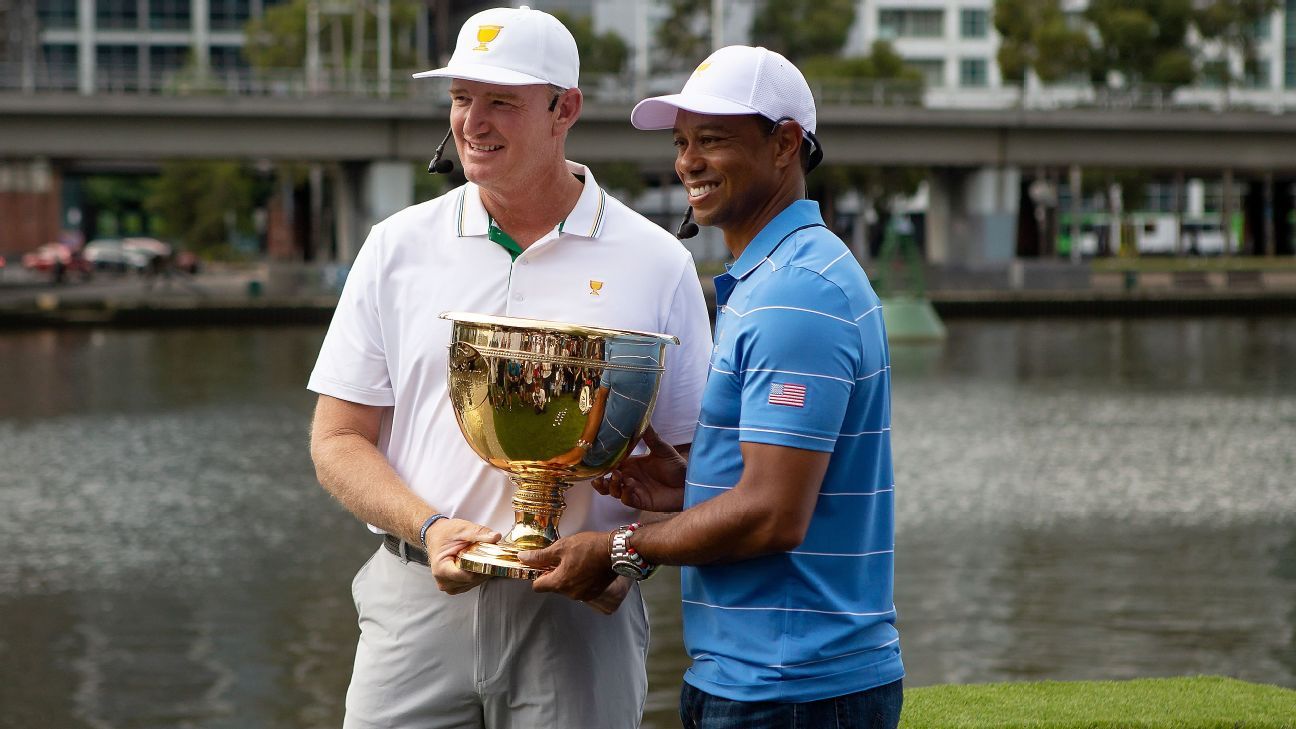 PEBBLE BEACH, Calif. — Ernie Els brought big changes to the International team in the Presidents Cup, and then he added one more he wants to see. He doesn’t think someone should be captain more than once.

Els tells the golf blog Morning Read that he will not return as captain for the 2021 matches.

“That’s as good as I can do,” Els said. “I gave it all. This is another change I wanted to make in our team. I get one opportunity, win or lose. You don’t get a second chance.”

The South African spent two years trying to make his International players — from countries from everywhere outside Europe — feel more like a team. Among his biggest change was ditching the PGA Tour-branded flag and creating his own logo for the International team.

It still lost to the Americans at Royal Melbourne in December, but the International team built an early lead and had a 10-8 advantage going into singles. The Americans, led by playing captain Tiger Woods, rallied to win.

The Americans now have an 11-1-1 lead in the Presidents Cup, having won the past eight times.

Els says he told his team on Sunday night after the matches that he would not return. He met with PGA Tour commissioner Jay Monahan in January and was asked to reconsider. Els said he would decide after making his PGA Tour Champions debut in Hawaii, where he lost in a playoff. He chose not to do it next year.

“There is is so much of me that wants to do it, but I know the hardest thing is to step away,” Els told Morning Read. “I can understand why people become dictators. You can get hooked on that power.”

The 2021 matches will be at Quail Hollow Club in North Carolina. Woods has not said whether he is interested in returning. Among the vice captains for Els at Royal Melbourne were Trevor Immelman, Mike Weir and Geoff Ogilvy. Weir would be an option for 2023, the next time the International team is host. The expected venue is Royal Montreal.

The Presidents Cup has a history of repeating captains. Peter Thomson, Gary Player and Nick Price all were captains for three matches, with Greg Norman doing it twice. For the Americans, Jack Nicklaus and Fred Couples each served three successive terms.

An announcement of the next captains is expected in the spring.