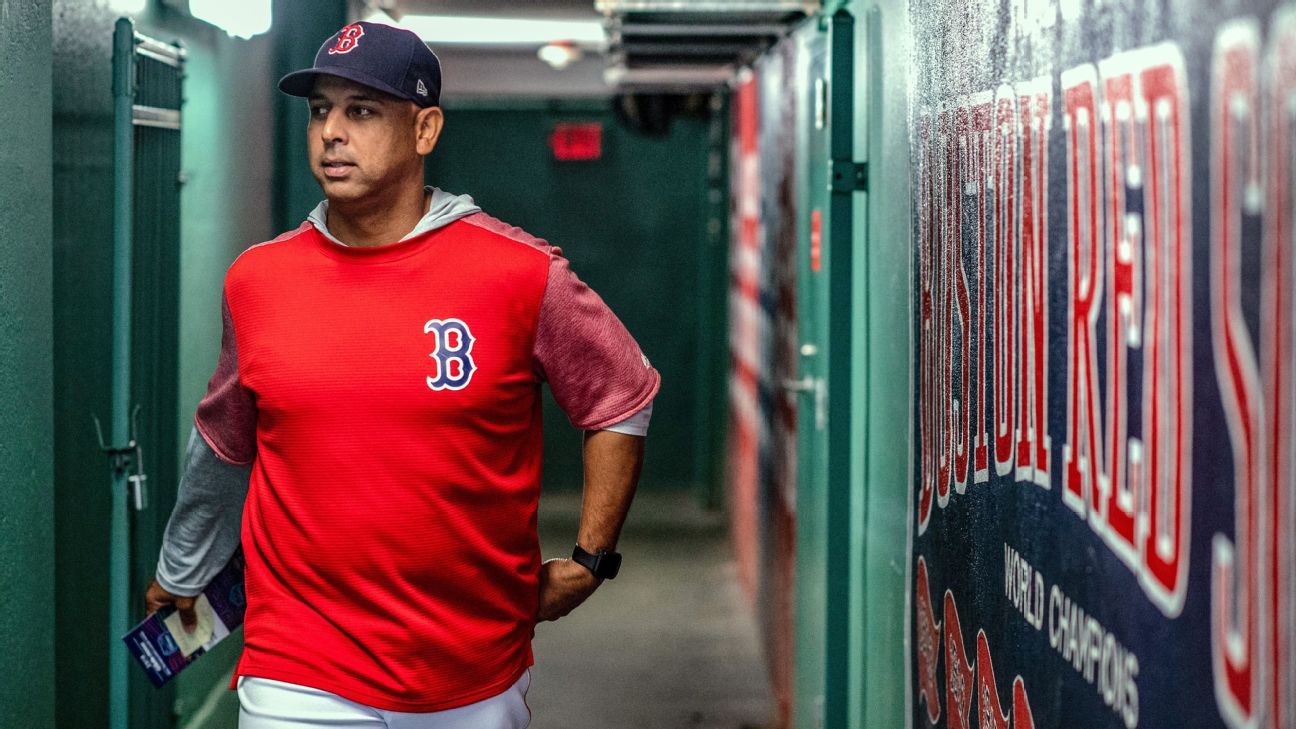 On Wednesday, Major League Baseball announced it had concluded its investigation into the Boston Red Sox for stealing signs during their 2018 World Series title run.

MLB’s findings were the basis for suspending Boston’s video replay system operator J.T. Watkins without pay for one year and stripping the team of its second-round draft pick.

Meanwhile, manager Alex Cora, whom the Red Sox fired in January, was suspended for the year — but solely for his role in the Houston Astros‘ sign-stealing scandal in 2017, when he was the team’s bench coach.

Was this result a surprise? What exactly did the Red Sox do wrong? Could Cora end up back in Boston next year? Let’s break down the fallout from baseball’s other sign-stealing affair.

How light was this punishment compared to what was expected?

Given that the initial report from The Athletic on Boston’s use of the video replay room to steal signs illustrated a less systemic and thorough scheme than Houston’s in 2017, many around the game expected a softer penalty on the Red Sox than was levied on the Astros.

Manfred previously warned Boston about future technology sign-stealing violations after the league fined the team an undisclosed amount for using an Apple Watch to relay signs in 2017.

“All 30 clubs have been notified that future violations of this type will be subject to more serious sanctions, including the possible loss of draft picks,” Manfred said then.

In the months leading up to the release of the investigation’s findings — marked by several timeline delays by commissioner Rob Manfred — members of the Red Sox front office expressed confidence behind the scenes that the team would not become embroiled in a sign-stealing scandal of the same magnitude as Houston’s. Still, the sole suspension of Watkins, with no coaches or players receiving penalties for their actions during the 2018 season, surprised many baseball observers, and points to an effort by MLB to quash any further speculation about Boston’s involvement with sign stealing.

Who is J.T. Watkins and what did he do?

Watkins is an advance scouting assistant and video replay coordinator. Commissioner Rob Manfred’s report states the Red Sox staffer “on at least some occasions during the 2018 regular season, illegally utilized game feeds in the replay room to help players during games — an undertaking less egregious than the Astros’ famed 2017 sign-stealing scheme.” Watkins previously played in the minor leagues and served as an artillery officer in the United States Army. Watkins has been a behind-the-scenes mainstay at Fenway Park during the past few years, and was originally drafted by the team in the 10th round in 2012 as a catcher out of West Point.

On game days, Watkins has worked with the coaching staff to prepare the team for opponents, while also checking on video in the replay room whenever needed. Watkins is noted for his ability to pick up on signs, and passed along additional information about any new signs to update the information he’d provide to players from his previous pregame analysis.

“Communication of these violations was episodic and isolated to Watkins and a limited number of Red Sox players only,” Manfred wrote in his report.

Manfred said he felt Watkins was in a tough spot as a staffer assigned to decode signs before games while also monitoring the team’s video replay room.

“He was placed in the difficult position of often knowing what the correct sequences were but being prohibited by rule from assisting the players by providing the correct information,” Manfred wrote. “While this does not excuse or justify his conduct, I do believe that it created a situation in which he felt pressure as the Club’s primary expert on decoding sign sequences to relay information that was consistent with what he naturally observed on the in-game video.”

What does this mean for Alex Cora’s future … in Boston or elsewhere?

From the moment Boston and Cora decided to “mutually part ways” following the investigation into the Astros’ sign-stealing tactics, there was the idea that Cora could return to manage the Red Sox following the conclusion of his impending suspension. To replace Cora, Boston turned to bench coach Ron Roenicke, who retained an interim label for months until Boston received the investigation results on Wednesday. Cora was among the most well-regarded managers/coaches in recent Boston sports history, and remains incredibly popular among fans.

While some in the Red Sox organization expressed doubt that Cora could return as manager, regardless of the outcome of the investigation, Manfred’s exoneration of Cora from any wrongdoing while leading Boston to a World Series title during the 2018 season cracks open the door for a potential return. It’s also worth noting that Roenicke’s contract runs through 2020 (as had his previous deal as the bench coach). The release of MLB’s report drew celebration on Twitter, where calls for Cora to return to the job in 2021 drew a lot of attention and enthusiasm.

Cora also remains extremely well-liked by the current Red Sox roster. Even when the Red Sox announced Cora’s departure from the team, ownership did not hold back their love and praise.

“This is a sad day for us,” Red Sox ownership said in the statement in January. “Alex is a special person and a beloved member of the Red Sox. We are grateful for his impact on our franchise. We will miss his passion, his energy and his significant contributions to the communities of New England and Puerto Rico.”

As long as Cora is sitting at home without a job in baseball, his potential return to the Red Sox dugout will be a topic.

What happens to these suspensions if the 2020 season is canceled or greatly reduced?

Both Hinch and Luhnow will receive credit for serving their yearlong suspension for the 2020 season regardless of whether or not there are any games played, as previously reported by Buster Olney — and the same will apply to Cora.

Why were these so much lighter than the Astros’ penalties?

Manfred addressed the discrepancy in the penalties by citing the sign-stealing operation as “limited in scope and impact” with the information only relevant when the Red Sox had a runner on second base (19.7% of plate appearances in 2018) versus the Astros’ trash-can scheme, which required coordination and cooperation from a much larger group of people than a video replay coordinator like Watkins, to whom the investigation into the Red Sox directed most of the blame.

How much does losing a second-round draft pick hurt?

While the Astros lost both their first- and second-round picks, Boston only lost its second, which partially accounts for the difference in severity from Manfred’s point of view. The future regarding the draft remains uncertain, with the possibility for an even shorter draft, something the Players Association and league agreed as a potentially viable option should the coronavirus pandemic wipe out or severely limit team revenues in 2020. The Red Sox, under chief baseball officer Chaim Bloom, have been attempting to rebuild the organization’s farm system, and the docking of a draft pick certainly doesn’t help that plan.