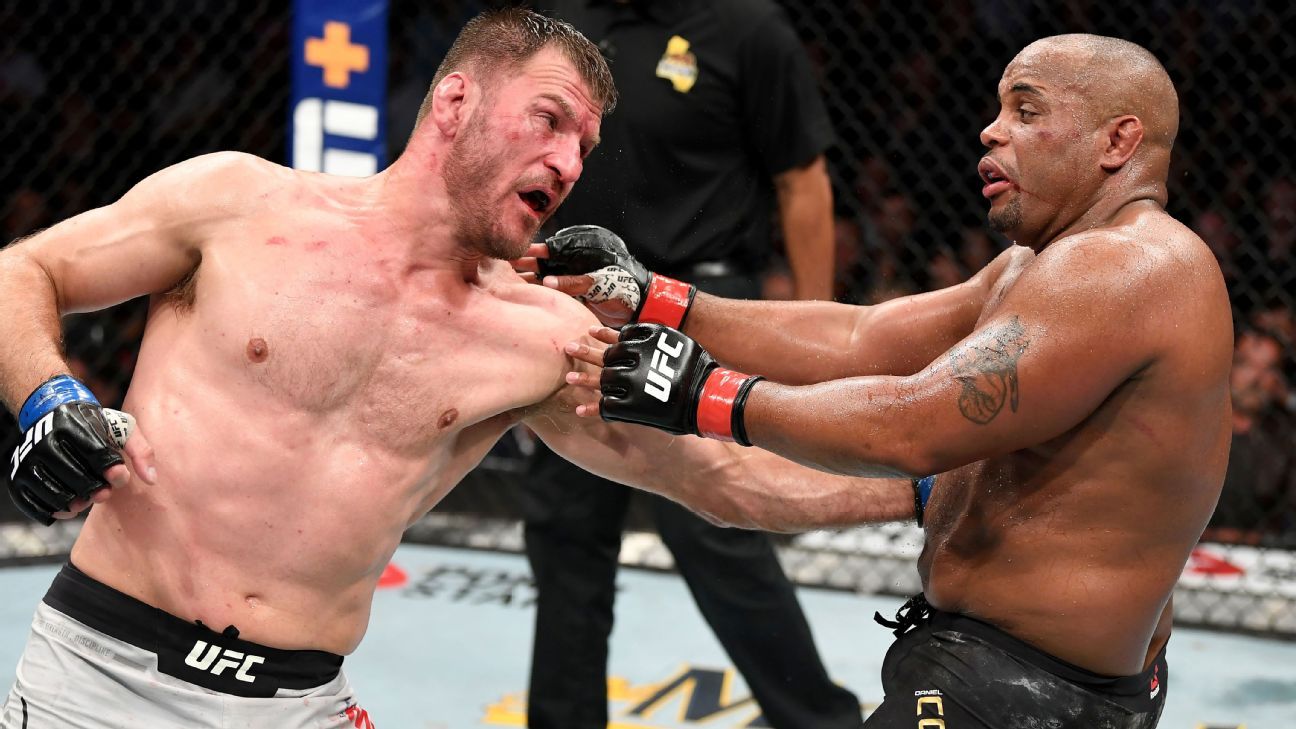 The UFC has no intention of deviating from a heavyweight championship trilogy bout between Stipe Miocic and Daniel Cormier, despite the former’s lingering eye injury.

UFC president Dana White told ESPN on Thursday there is still no firm time frame for Miocic’s return. White said the promotion will continue to wait it out, in the hope the reigning champion will be able to return this year.

“It’s very clear,” White said of the status of the heavyweight division. “[Miocic] is hurt. When he’s not, we’ll make the fight. You saw Cormier basically come out and say, ‘Stipe has the ability to retire me. If he doesn’t take this fight, I’m going to retire.’ We’ll see how this thing plays out.”

UFC 247 features two of MMA’s most dominant champions at the top of the card. In the main event, Jon Jones will defend his light heavyweight title against 12-0 Dominick Reyes. Before that fight, flyweight champion Valentina Shevchenko will take on No. 1 contender Katlyn Chookagian.

Miocic (19-3) lost his championship belt to Cormier (22-2) in July 2018, before regaining it in a rematch last August. Cormier, 40, has said he intends to retire after one more fight, and wants to win back his heavyweight title from Miocic.

“I have offered him other fights,” White said of Cormier. “[But] he feels Stipe is the fight he can get up for. That’s what he wants. And he doesn’t want anyone else. I can’t make him fight anyone else. He needs to do it. I’d like to see that fight happen.”

White admitted if Miocic’s injury does not heal within one year of his last fight, the UFC would be forced to look into other scenarios to get the division moving.

One of those scenarios could potentially include light heavyweight champion Jon Jones, who fights Dominick Reyes at UFC 247 on Saturday in Houston. Jones has long considered a move to heavyweight, and has said it’s inevitable he will eventually go up.

White is already on board with that plan, should Jones follow through with it.