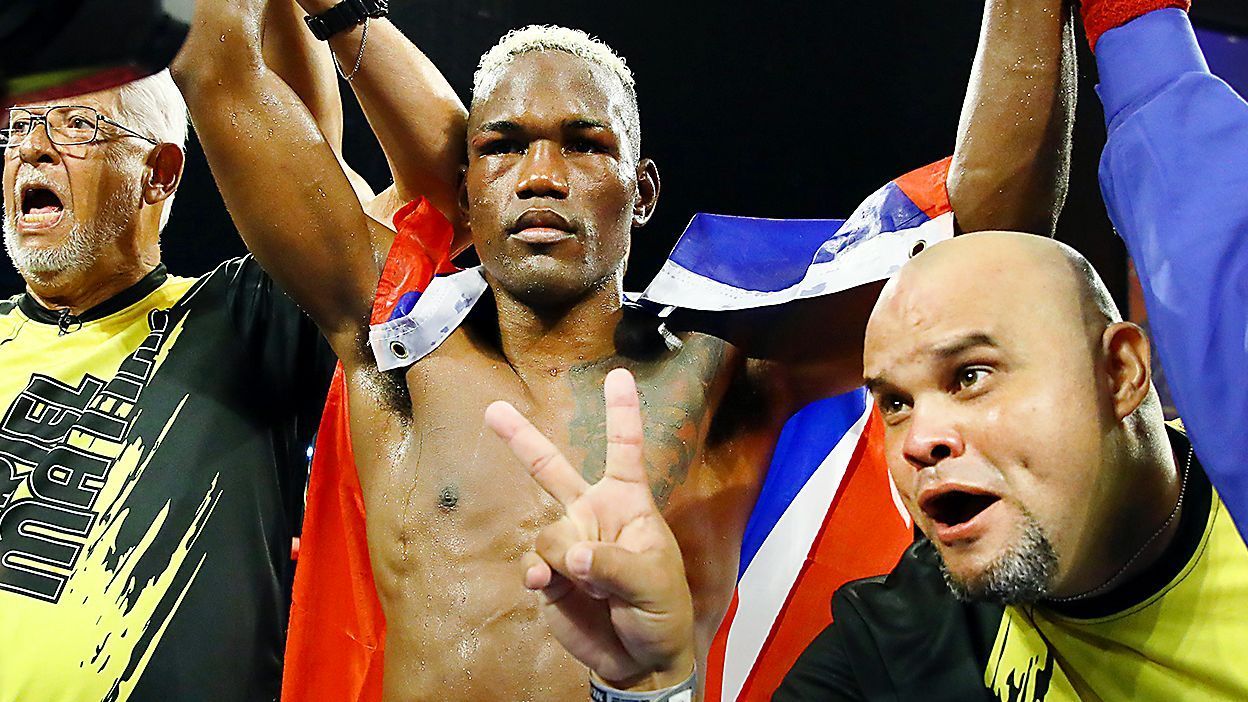 Before the four-bout Deontay Wilder-Tyson Fury rematch pay-per-view on Feb. 22 (ESPN-Fox PPV, 9 p.m. ET) at the MGM Grand Garden Arena in Las Vegas, a pair of preliminary bouts will take center stage on a pre-PPV telecast.

Unbeaten junior welterweight Subriel Matias will square off with Petros Ananyan, and welterweight Amir Imam will face Javier Molina. Coverage begins at 7:30 p.m. ET and will be televised simultaneously on Fox Sports 1 and ESPNEWS (with coverage switching from ESPNEWS to ESPN at 8 p.m. ET), Top Rank and Premier Boxing Champions announced on Thursday. Both bouts will be scheduled for eight or 10 rounds, depending on time constraints.

Matias (15-0, 15 KOs), 27, a rising contender from Puerto Rico, is known for his tremendous punching power. In July, Matias stopped then-unbeaten Maxim Dadashev in the 11th round of a world title elimination bout and Dadashev died a few days later from a brain injury suffered in the bout. Matias returned to the ring on Nov. 30 in Puerto Rico and knocked out Jonathan Jose Eniz in the fifth round.

“I’m very excited for this fight and thankful to my team for giving me this great opportunity,” Matias said. “Just like all of my other fights, I’m going to train to my maximum level, because no matter who the opponent is, we’re all chasing the same dream. I want to thank [Ananyan] for taking this fight, but I won’t let him stand in my way. We’re going to give the fans great action, and on Feb. 22, we will know who is the most prepared to win.”

An underdog, Ananyan (14-2-2, seven KOs), 31, of Russia and fighting out of Brooklyn, New York, is 1-2 in his last three bouts and coming off an eight-round majority decision loss to Kareem Martin in December.

“This is a moment that every boxer dreams about and I can’t wait to demonstrate my skills on a big show,” Ananyan said. “I’m training hard, learning my opponent’s style, his weaknesses and putting together a strategy for fight night. This is a very important fight for me, because with a win I will be able to make my dreams come true. It’s been a long road to achieve my dreams and I’m ready to take another big step on Feb. 22.”

Imam (22-2, 19 KOs), 29, of Albany, New York, lost a decision to Jose Ramirez for a vacant junior welterweight world title in March 2018. He then had a lengthy layoff while going through a lawsuit with promoter Don King. They eventually settled, and Imam became a free agent and signed with Top Rank. Imam won his debut with Top Rank by fourth-round knockout of Marcos Mojica in November.

“I feel blessed to be fighting on the undercard of the biggest fight of the year,” Imam said. “I am prepared to shine and take full advantage of the opportunity and the exposure. I’ve had a great camp in preparation for this fight. I’m excited to get in the ring and I feel stronger and more prepared than ever. Defeating Javier Molina will put myself back in the conversation as one of the top super lightweights in the world.”

The Imam-Molina bout is contracted at 142 pounds, just above the junior welterweight limit of 140 pounds, as Imam is open to fighting in either division depending on the opportunities available.

“I’m looking forward to fighting in an event as big as this one,” Molina said. “I know I’m facing a tough fighter in Amir Imam, but these are the type of fights that I need to earn a world title shot. I’m excited and ready to make a statement on Feb. 22.”