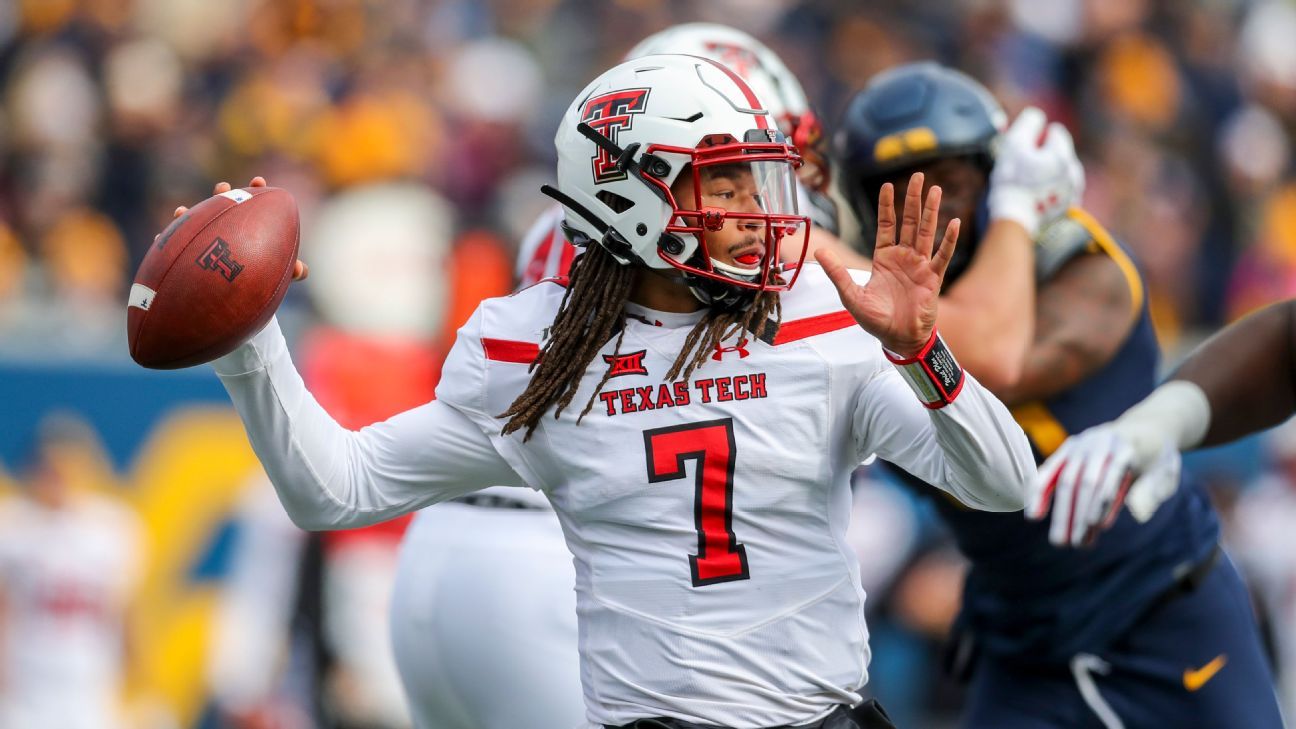 According to Central Michigan Life, which first reported on the allegation, a female student at Texas Tech said Duffey sexually assaulted her while she was incapacitated. The 2019 case ended in “voluntary resolution,” and Duffey was not suspended from team activities.

The source confirmed to ESPN that the accusation played a role in Central Michigan denying admission to Duffey, and a school spokesperson told ESPN on Thursday morning that Duffey was not enrolled at the school.

“Jett was not admitted and is not a student at Central Michigan University,” said Ari Harris, assistant director for communications at CMU.

While at Texas Tech, Duffey was found responsible by a Title IX panel for two counts of sexual assault in 2017 against an incapacitated woman, but a grand jury determined there was insufficient evidence to prosecute the case.

Duffey’s attorney, Chuck Lanehart, said Duffey never faced criminal charges or was arrested for any of the allegations.

“Jett is a talented football player, an excellent student, and he deserves a chance to continue his college playing career,” Lanehart told ESPN. “He has consistently maintained his innocence of allegations of misconduct, and has been cleared by Texas Tech of any Title IX allegations.”

Texas Tech had suspended Duffey for the spring and summer semesters for the 2017 Title IX charge.

Once he had served his suspension, Duffey returned to the team, and he started the final eight games of the season in 2019 for the Red Raiders after starting quarterback Alan Bowman went down with an injury. He threw for 2,840 yards and 18 touchdowns and had five interceptions throughout the season; he also rushed for 212 yards and one touchdown.

“When Jett returned to campus and returned to our football program, he was a great member of our student-athlete population,” Hocutt said. “We had hoped he would return for his final year of eligibility and continue to be a part of our program as he has been since he committed out of high school.”

This is the second time Duffey has been denied admission to another school. According to a report from Nola.com, Duffey originally planned to transfer to Tulane but was denied academic admission. He remains in the NCAA transfer portal as a graduate transfer with one year of eligibility remaining.

Central Michigan coach Jim McElwain, who capped his first season at CMU with an 8-6 record and a berth in the MAC championship game, is still in need of a quarterback with immediately eligibility. Tennessee and Houston transfer quarterback Quinten Dormady threw for 2,312 yards and 14 touchdowns with nine interceptions, but has exhausted his eligibility.

Czech pair win Aussie doubles for 7th Slam title
Breaking down the NBA’s historic surge of 50-point performances this season
ACC football schedule release: Every game for every team in 2023
Wales Rugby to be externally reviewed – chief
Rahm surges at Torrey Pines, within 2 of Ryder