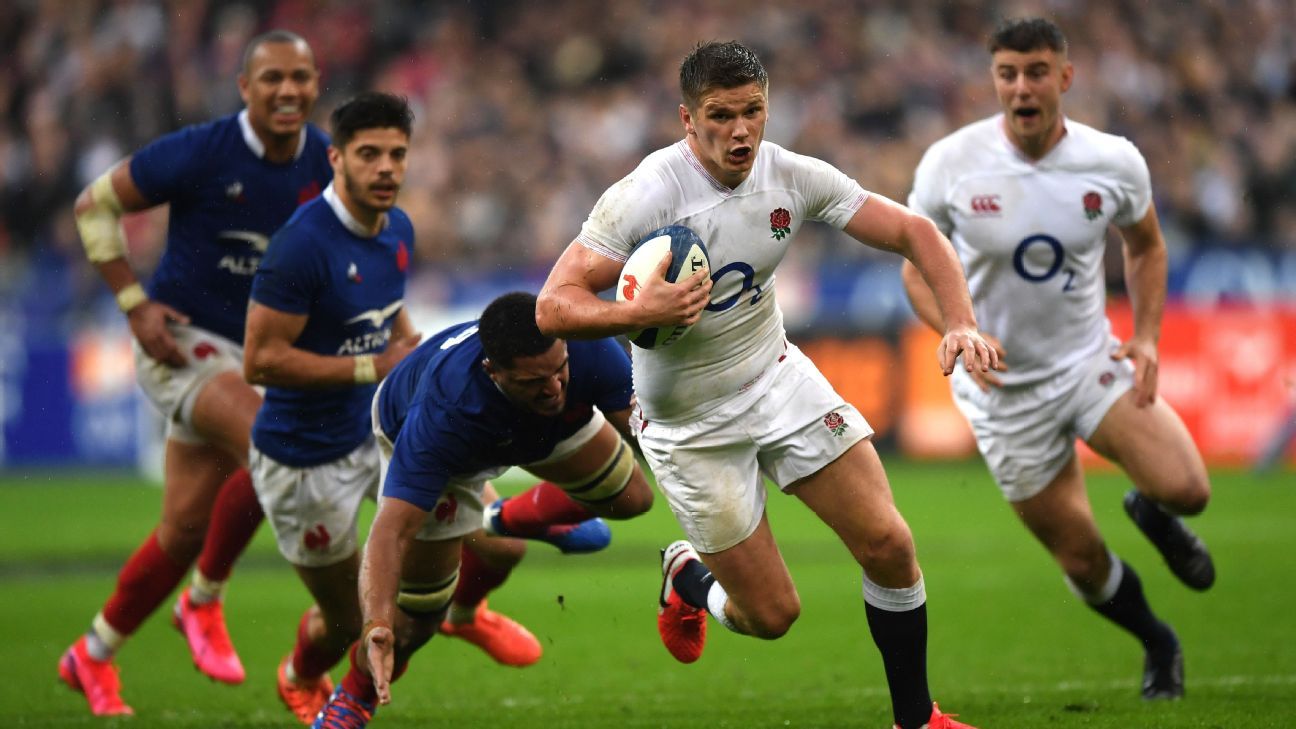 The first week of the 2020 Six Nations went mostly to plan.

Wales duly dispatched Italy at the Principality, and got their anticipated bonus point, too; the Azzuris’ interim coach Franco Smith won’t be impressed that his side were shutout in the tournament opener.

But it was France’s performance in their opener, when they scored 24 unanswered points in an hour before Eddie Jones’s tackle-shocked side got going that was beyond the wildest imaginings of most pundits.

And so, as we enter the second weekend of the tournament, there’s plenty for Fantasy Rugby managers to mull over. Let’s take a look at some of the key questions you need to answer.

It could be a high-scoring weekend — other than, perhaps, in Dublin, where defences will probably take the spotlight as Wales look for their first Six Nations win in Ireland since 2012, and expect very blustery pre-Storm Ciara conditions.

England, hurting after the manner of their defeat in Paris, have niggly Scotland in their sights and unfinished business on their minds after last year’s Calcutta Cup match, when they squandered a 31-point lead in 40 remarkable minutes. Expect Murrayfield to be bouncing as the two sides go at it — especially after more ugly comments from the England camp this week.

Given their respective performances last weekend, you’d expect one-way traffic at Stade de France on Sunday, as France take on Italy. Fabien Galthie’s Bleus were, for more than an hour, utterly impenetrable, while finding their way to the England tryline three times. A second high-intensity performance against Franco Smith’s Azzurri should see them score a boatload of points… but the visitors can’t be as bad as they were against Wales. Can they?

Finn Russell. Again. He’s not in the Scotland side for a second Six Nations match. You could also consider dropping Scotland’s Nick Haining, if you have him. Despite a fine performance on debut last weekend, the backrow has returned to the bench, with Magnus Bradbury back in the starting lineup after recovering from a thigh strain.

Damien Penaud was a late injury withdrawal from the France side last week and has not recovered in time for Italy. Keep an eye on news from France, too, if you have Virimi Vakatawa in your Fantasy Rugby XV — Les Bleus are set to make a late decision on whether to risk him against Italy after he picked up a knock.

It could prompt a little experimental positional shifting to give Mathieu Jalibert a run at fly-half. Manu Tuilagi managed only 16 minutes at Stade de France last weekend, and is out for the Scotland game, as is Anthony Watson. Ireland’s Caelan Doris and Garry Ringrose are also both injured.

Mako Vunipola is back and always offers high Fantasy Rugby value, a potentially priceless commodity for a prop.

You may also be tempted to consider Wales’ centre Nick Tompkins, who gets a deserved start this week, after his impressive split-shift 40-minute outing in Cardiff last weekend, or French fullback Anthony Bouthier after he single-handedly made the spiral kick fashionable again with his ‘Punt From The End Of The World’ in Paris.

If you weren’t sure about George North at centre, you may be happier to see him back among the outside backs this weekend. Ireland wing Jacob Stockdale could also be a decent option given his history against Wales — he has four tries in his three matches against Saturday’s opponents.

You may be thinking about World Rugby’s Breakthrough Player of the Year Romain Ntamack. It’s no surprise. The young French player looked assured off the tee against England last weekend, and there should be plenty of opportunities for points against Italy.

But, it’s not guaranteed that he’ll be kicking in Paris on Sunday, so perhaps look to the enthralling battle of the boot between Johnny Sexton and Dan Biggar. As always, fantasy rugby managers have difficult choices to make.