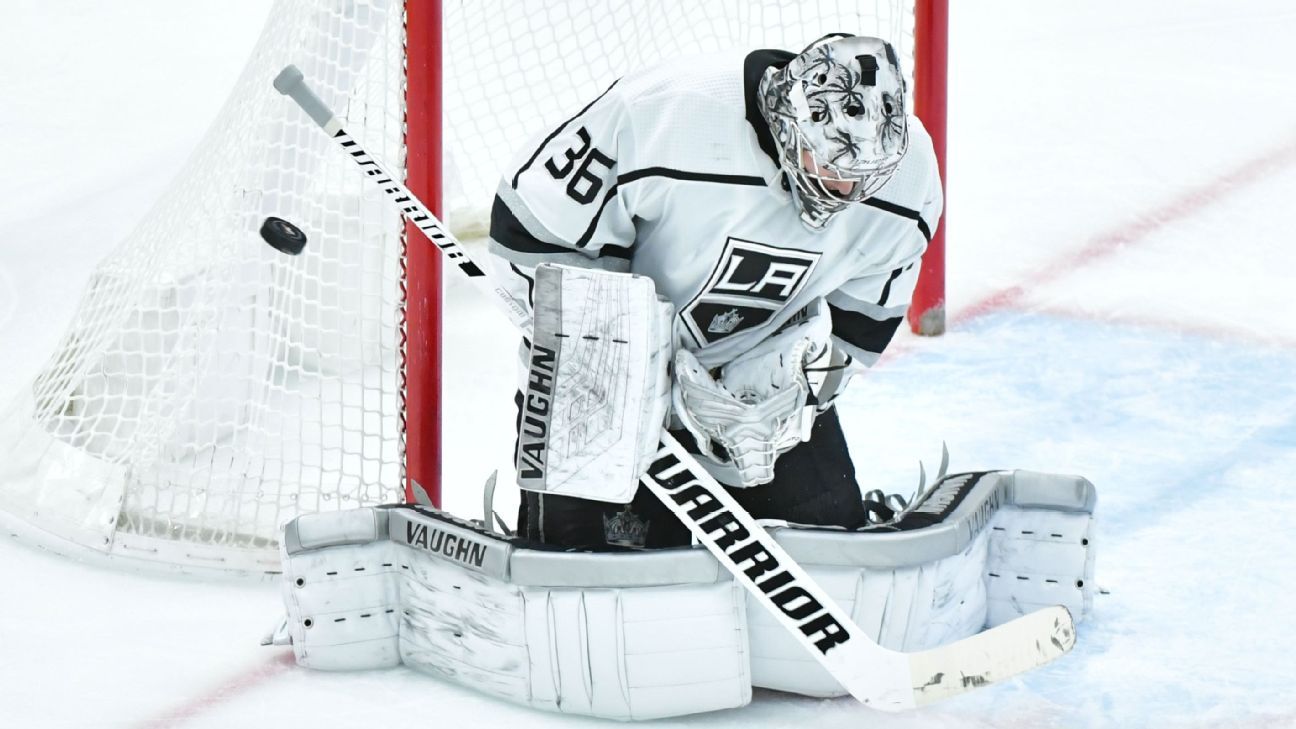 The Toronto Maple Leafs couldn’t wait any longer to solidify their goaltending.

After two poor performances from backup goalie Michael Hutchinson, the Leafs announced Wednesday that they have acquired goaltender Jack Campbell and forward Kyle Clifford from the Los Angeles Kings in exchange for forward Trevor Moore, the Columbus Blue Jackets’ third-round pick in the 2020 NHL draft and a conditional third-round pick in 2021.

Campbell is 8-10-2 with a .900 save percentage and a 2.85 goals-against average. Clifford has six goals and eight assists in 53 games. Moore had two goals and three assists in 26 games for Toronto.

Clifford, 29, is a gritty forward who played on the Kings’ 2012 and 2014 Stanley Cup championship teams. He’s an unrestricted free agent this summer, and the Kings are picking up 50% of his $1.6 million cap hit to make the deal work.

Campbell makes $675,000 against the salary cap this season, but he signed a two-year contract extension last September worth $1.65 million against the cap through 2022.

The Leafs are 28-19-7 for 63 points, two points out of the final wild-card spot and one point behind the Florida Panthers for third place in the Atlantic Division. But they lost starting goaltender Freddie Andersen for an undetermined amount of time with a neck injury suffered in a loss to the Florida Panthers on Feb. 3. Hutchinson took over in that game and gave up three goals on 13 shots, before giving up four goals on 35 shots in a loss to the Rangers on Wednesday night.

This is actually the second time Toronto general manager Kyle Dubas has traded for Campbell. He dealt for the goalie in 2011 while serving as general manager of the Soo Greyhounds junior hockey team.

The Jackets’ third-round pick in the deal was previously acquired from Ottawa in July 2019.