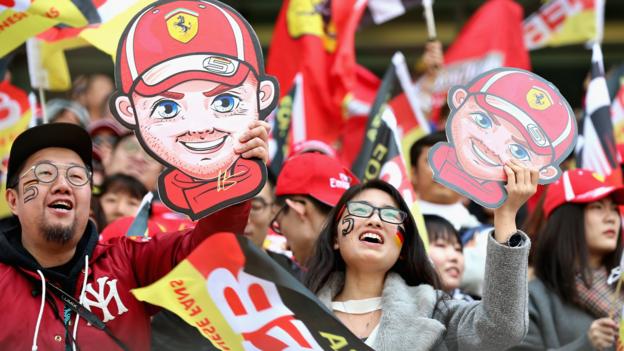 Ross Brawn says Formula 1 will look to reschedule the Chinese Grand Prix if it cannot be held on its original date because of the coronavirus outbreak.

It is due to be held in Shanghai on 19 April but is in doubt with the disease having killed more than 560 people.

Brawn said the race will be postponed if “there is a probability it doesn’t happen in April”.

“We will leave open the opportunity to see if the race can run later in the year,” added F1’s managing director.

“China is an enthusiastic, growing market so we’d like to have a race in China.”

The situation was discussed at a meeting of F1’s strategy group of bosses and teams on Wednesday with no conclusion.

F1 is waiting for the Chinese authorities to make a decision on the race.

“It looks very difficult,” Brawn told reporters. “We’re waiting for the Chinese promoter and authorities to make the final decision, which I think they will.

“They have cancelled all the public events in March, so no public sporting events or activities.

“It is a tragic and very difficult situation. I think it’ll become clear in the next week or two what’s going to happen.”

Brawn’s ambition to reschedule the race may be harder to achieve than he expects.

The last time a race was postponed was 2011, when the Bahrain Grand Prix was affected by the Arab Spring uprisings.

The initial intention then was to run the race later in the year but the teams objected and in the end the race was cancelled.

That was during a season originally scheduled to have 20 races, whereas this year’s calendar is a record 22 grands prix.

As a result, the end of the season is very tightly packed, with nine races in 14 weeks.

Trying to slot China in once the run of end-of-year long-haul races begins would result in races on either three, four or five consecutive weeks, thousands of miles apart. The teams may well feel that is something they cannot accept.