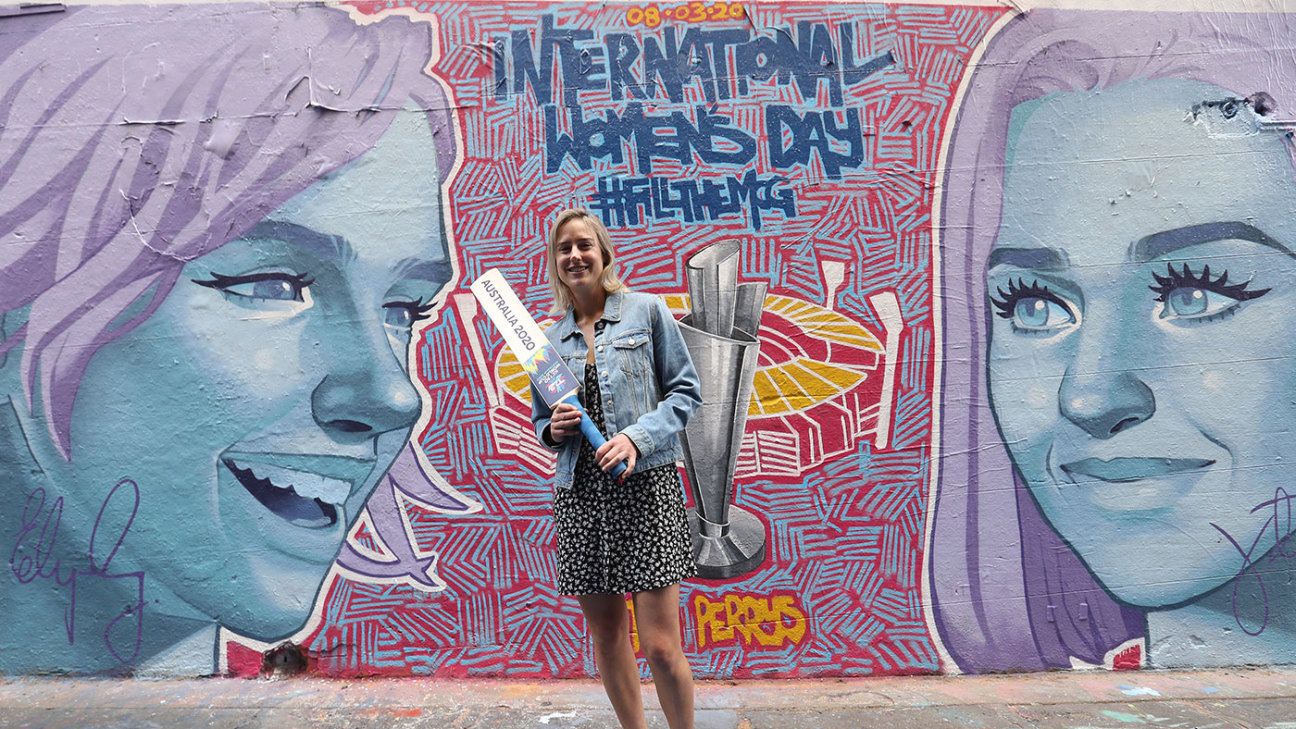 The pair took 7 for 26 between them in eight overs at Manuka Oval, including five wickets in 10 balls, to help set up a four-wicket win.

Vlaeminck touched speeds of 120kph and bounced out both Jemimah Rodrigues and Arundhati Reddy while Perry’s extra bounce forced three catches to be sliced behind square on the off side.

A large number of matches could be played on quicker pitches than some of the regular women’s international and WBBL venues including the WACA, Manuka Oval, the SCG, and MCG.

“I think fast bowling in general, if you look at the trend across the WBBL earlier this season, it’s almost come back into vogue a little bit in a sense,” Perry said.

“I think maybe the last couple of years, spin’s been a little bit more dominant from a bowling point of view but certainly later in the summer, the wickets are a little bit harder, they’ve probably had a bit more time so they’ve got a bit more carry and bounce, and if you look at Tayla Vlaeminck’s performance last weekend in Canberra, she’s got incredible x-factor on Australian wickets and that was really crucial for us in that second game against India. So I think across the board, fast bowling is going to play a big role in this world cup which is really exciting.”

Perry bowled superbly in eight of the nine overs she delivered last weekend taking 1 for 9 against England and 4 for 13 against India but did suffer some punishment at the hands of England’s Heather Knight in the Super Over on Saturday where she conceded 10 in four balls defending just eight.

Perry said Australia’s loss in the opening game was the perfect preparation for what is to come. “You certainly want to have those kinds of moments leading into a tournament rather than when you’re in them,” she said.

“We’ve had some really good chats around that over the last couple of days, just making sure that we’re able to adapt quickly to whatever is thrown at us and also I think you’re always better for a few games. It’s nice to be back together. We haven’t played together for quite a while. So, all in all, I think it’s brilliant preparation for us.”

Australia face India and England again at the Junction Oval in Melbourne on Saturday and Sunday and two wins would guarantee a spot in Wednesday’s tri-series final.

Australia skipper Meg Lanning is expected to return after missing the England Super Over and the India game in Canberra due to a back issue.

Perry said the batting group has had some honest discussions this week after disappointing showings in the first two matches of the series.

“I think it’s probably just a little bit around decision-making and also taking the game on at the right time and the right circumstances. I think we were maybe a little bit timid in some ways. It’s funny when you come back together with a group you haven’t played with for a while, just finding your place again and the roles that you’ve got to play in that order, and we’re really fortunate to have great depth in our batting line up and it was wonderful to see Annabel Sutherland do as well as she did.

“But at the same time, I think you’ve still got to take ownership at the top and we probably didn’t do that well over the weekend. Certainly, at the Junction Oval, which is a wonderful place to bat, it’s a good opportunity for us all to do a little bit better this weekend.”