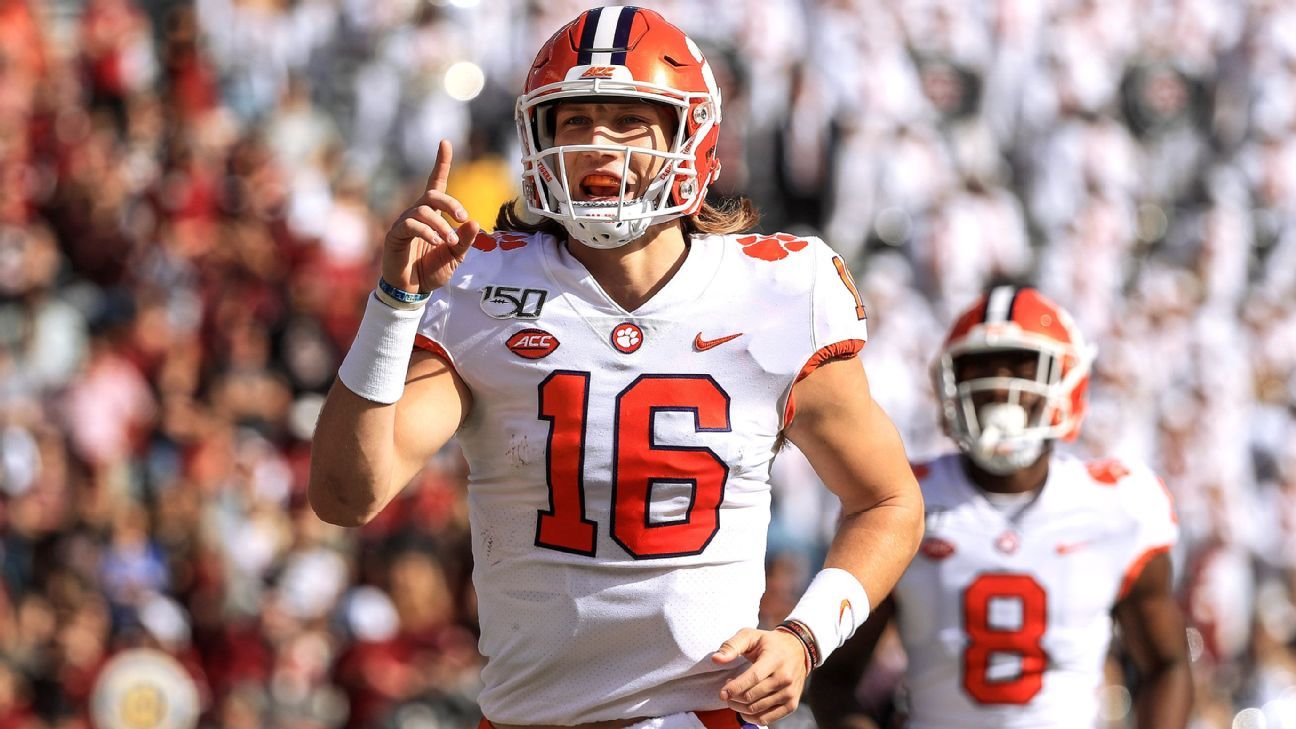 When it comes to sports statistics, we make do with what we’ve got. In college football, we’ve got more than ever before — better and more detailed passer and pass-rushing data, better predictive analytics, etc. But when it comes to measuring team experience, we’ve been stuck primarily with one measure: returning starters.

There are worse numbers, of course. If you return 19 total starters, you’re probably going to improve, while if you only return seven, you will probably struggle. Still, one offense’s seven starters aren’t another’s, and we instinctively understand that some positions are probably more important than others.

As a remedy for this, I have for a few years been deriving what I call a team’s returning production percentage as an alternative to returning starters. It looks at the most predictive key personnel stats — percentage of your QB’s passing yards returning, percentage of your secondary’s passes defensed returning, and everything in between — and is weighted based on what correlates most strongly with year-to-year improvement and regression. It is a major factor in my annual SP+ projections, which will be released next week. (The other primary factors: recent recruiting and weighted five-year history.)

In terms of turnover and attrition, some positions are indeed more important than others.

After years of tinkering, I’ve found that the following percentages create the strongest tie between returning production on offense and the following year’s improvement and regression:

At first glance, this might seem a bit surprising. It of course makes sense that returning your starting quarterback is important, but continuity in the receiving corps carries equal weight. Meanwhile, rushing yards are far easier to replace.

On defense, continuity on the line matters far less than continuity in pass defense.

Because teams differ so much in their use of linemen (some teams feature three in their base defense, some four), linebackers (three to five) and defensive backs (four to five), it’s a bit trickier to derive the importance of each unit. So while I still use unit-level numbers, I also feature full-defense numbers to a degree.

What is “production” from a defensive standpoint? I’ve found that while raw tackle figures are important, having to replace disruption matters just as much. Tackles for loss (including sacks) account for 15% of the formula, while passes defensed, perhaps surprisingly, account for 33%. These are evidently the skills most difficult to replace.

Over the past six seasons, offenses with returning production above 60% average an improvement of about two points per game, while those below regress by about three. And the extremes are pretty stark: Only one of the 18 teams that have returned at least 90% of their offensive production saw its offensive SP+ rating fall, while nine improved by at least seven adjusted points per game.

Meanwhile, of the 37 offenses that returned 35% of their production or less, only five improved, while 19 regressed by at least seven adjusted points per game.

Accounting for transfers and transfer portal entries as much as possible, here are the current returning production figures heading into the 2020 offseason. In the table below, I am including each team’s offensive and defensive production, plus an overall figure that is simply an average of the two.

(Handling transfers is a pretty clumsy process, by the way. For players on new teams, I simply include their recent season’s production in both their new team’s numerator and denominator. It works as well as anything else I’ve tried. And for returning players who logged major stats in 2018 but missed most or all of 2019 for whatever reason, I use their 2018 stats where applicable.)

Clemson aside, the ACC has underachieved dramatically over the past two seasons, but inexperience could be blamed for at least part of 2019’s struggles. Ten of 14 teams rank in the nation’s top half in returning production, and five are in the top 25. Leading the way: the team that underwent maybe the biggest youth movement in college football last season: Geoff Collins’ Georgia Tech Yellow Jackets.

The Big Ten’s got a little bit of everything. Six of 14 teams are in the returning production top 20, while six rank 86th or worse. Northwestern has a new offensive coordinator and maybe more of last season’s offensive production (if you could call it that) returning than anyone else. But maybe the most noteworthy team is at the other end of the spectrum. Michigan loses starting quarterback Shea Patterson and 75% of last season’s offensive line snaps.

After winning double-digit games in six of eight seasons, Mike Gundy’s Oklahoma State Cowboys have gone just 15-11 the past two years. But after losing star receiver Tylan Wallace and quarterback Spencer Sanders to midseason injury in 2019, the Pokes return Wallace, Sanders, and 2,000-yard rusher Chuba Hubbard, plus top-10 defensive production. If they are going to revisit the land of 10 wins again, 2020 would be a pretty good time for it.

Utah was on the doorstep of a College Football Playoff bid heading into the Pac-12 championship game, but the Utes finished the season with a pair of duds, losing by 22 to Oregon, then 28 to Texas in an Alamo Bowl no-show. That’s disappointing enough, but it’s more so when you factor in just how much of a now-or-never situation it was for the Utes. They returned more production than almost anyone in 2019, and now they have the most to replace. A 2020 reset will be almost impossible to avoid.

LSU, on the other hand, took full advantage of its own now-or-never moment. Not only will the Tigers head into 2020 without passing game whisperer Joe Brady (which admittedly doesn’t count in the returning production formula) and Heisman winner Joe Burrow, but they’ll also return under 50% of their RB rushing yards, WR/TE passing yards and OL snaps, plus they’ll have a new linebacking corps and a couple of new DB starters. That’s a lot … but that 2019 national title will provide quite a bit of comfort, yeah?

After redshirting quarterback D’Eriq King in attempt to get him to lead the 2020 team, Houston lost him to transfer, but Dana Holgorsen’s Coogs still return more than anybody else in a conference that features six teams in the returning production top 40. And after two straight bowl wins, Tulane’s Willie Fritz will be undertaking a bit of a retooling effort in 2020.

The C-USA boasts three of the top 10 teams in returning production … and five of the bottom 25. Mike Bloomgren’s Rice rebuild could begin to bear fruit, and new ODU head coach Ricky Rahne will inherit an experienced two-deep. But the most interesting team here could be UAB, which won the West division in 2019 and now returns top-10 production.

Per SP+, 2019 was one of the MAC’s worst seasons, but inexperience was at least a partial cause. It has six teams in the top 40 here, including both of last season’s division champs (Miami and CMU) and its recruiting heavyweight (Toledo). This could create a challenging landscape for two recently successful, and now retooling, programs: EMU and WMU.

The Mountain West is the only conference without a single team in the returning production top 40, and only three of 12 teams are in the top 75. One of those three is defending champion Boise State (65% overall, 62nd), which will almost certainly head into 2020 as the favorite to repeat.

Jamey Chadwell’s Coastal Carolina Chanticleers lost four one-score games on the way to a 5-7 finish, but they return almost all of last season’s offense and have only a couple of key holes to fill on D. A bowl is likely for the Chants, though East division heavyweight Appalachian State’s solid ranking here (42nd) will preclude any dark horse division title run.